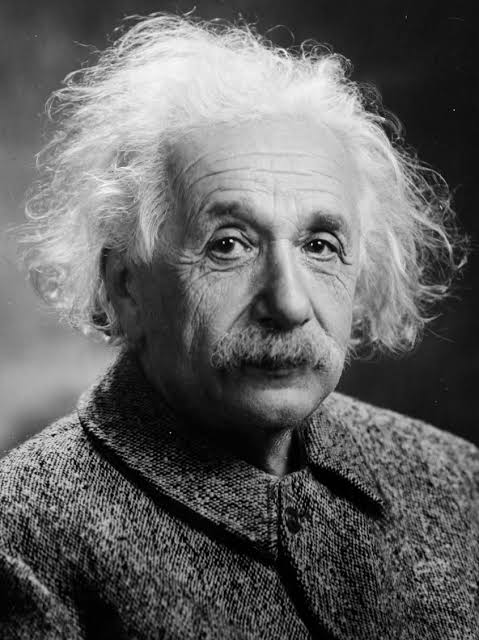 11 Things the Smartest People I Know Have In Common

I’ve been fortunate enough to learn from some super smart and wise people. When you talk and listen to them, you can sense they’re different: They’re bursting with quiet intelligence and they often make everyone around them much smarter too.

But what makes them so brilliant? After all, they don’t have the highest IQs or the fanciest degrees from the best universities (or a degree at all).

Of all the smartest people I’ve ever met across every age and industry, I want to share the eleven strongest commonalities among them. If you’re looking to enhance your own intelligence, take a page from these men and women and I’m confident your wisdom will soar too.

Truly intelligent people walk the walk and talk the talk. They speak from hard-earned, first-person experience gained in the trenches, not from books they read while lounging on a sofa.

They did things people only dream of—becoming a special operator in the military, playing jazz with the greatest musicians of their age, or cramming the traditional 10–14 years it takes to become a doctor into just six.

READ ALSO: Message from my mentor on how to be super productive in farming business

Real insight, wisdom, and intelligence come from putting in the time. They weren’t trying to be “life coaches” at age 24, teaching other people how to live; they were actually living their own life. They were doing the grunt work and logging the hours—and that’s what made them so wise, worldly, and sharp.

Now, I’m not saying wisdom only comes from age (which I’ll explain below). But there’s a huge difference between, say, reading a self-help book and regurgitating its lessons versus living a remarkable life, surviving crazy situations, and then showing people what you learned.

They Have Diverse Experiences

The wisest people I know have lived many, many lives. They always try new hobbies, passions, and adventures, and they live more in one year than most people live in their entire lifetimes. For example, one friend of mine has sailed around the world, owned their own fashion store, hung out with hippies, and invested in real estate across America while raising a family.

They’re constantly working their brains in new ways while other people simply do the same thing every day for 20 years and mistakenly think they have “20 years of experience.”

“Some people say they have 20 years experience, when in reality, they have 1 year’s experience repeated 20 times.”

That’s why I believe age isn’t a requirement for “wisdom.” Because a person can easily accomplish more by age 30 than someone twice their age simply by doing extraordinary things and gaining genuine experience.

The wisest people I know are quick to point out their biggest disasters and defeats. They don’t hide them or pretend it was everyone else’s fault but theirs; they take responsibility, learn from it, and use it to build a better life. Because the reality is you often learn more from your defeats than from your successes.

“Early success is a terrible teacher. You’re essentially being rewarded for a lack of preparation, so when you find yourself in a situation where you must prepare, you can’t do it. You don’t know how.”

There’s another lesson embedded here: By failing, it proves they were trying things, taking big swings, and seeing where they could go. Remember: In life, you don’t gain wisdom and then take risks; you take risks and then gain wisdom.

Learning isn’t just reading books and highlighting words. Sure, books are awesome, but a lot of it is just theory—real learning comes from taking the information, absorbing it, and using it.

For example, compare a person who studied 100 books on real estate versus a person who took their hard-earned money and bought property, sold property, navigated challenges, and came out the other end successfully.

Also, smart people don’t quit until they understand. One of my former clients, a top surgeon and professor, is dyslexic. Yet he was able to overcome it and graduate at the top of his class. How? He had a burning drive to master the information, regardless of the difficulty.

They Surround Themselves With Smarter People

I’ve met people who only surround themselves with those who are less intelligent—that way, everyone else looks up to them and they feel smarter.

But as a result, they become stubborn and fixed because they avoid criticism or failure. Over time, they’ll stunt their growth because they’ll avoid new situations and cling to what they know and what feels comfortable.

“Whatever you do in life, surround yourself with smart people who’ll argue with you.”

The smartest people I’ve met desire to be around those who push them forward, make them aware of their blindspots, and teach them new things.

The smartest people I know are naturally curious and want to know more about any topic. They love asking questions and learning how the world works, not because they want to hoard information or look smart, but because they’re naturally fascinated.

Some people, however, are dismissive about things they don’t know. They have their likes and dislikes and, by damn, no one will budge them. For example, if they hate sports, the second anyone talks about sports, they roll their eyes and talk about how stupid it is.

They Aren’t Afraid to Look Dumb

Ironically, the smartest people I’ve ever met are never scared to look stupid. (Quite the contrary, actually.) They’re not afraid to raise their hand; to them, it’s fine to get something wrong because, that way, they can learn.

Yet I’ve met many so-called “smart people” who are terrified to make mistakes or look like they don’t know something they “should” know. (If someone teaches them something new, they often interrupt and say, “I knew that.”) As a result, they constantly try to defend and prove their intelligence, which keeps them stuck.

When I was in college, I interned at a large California municipality for the City Manager—a former geologist and one of the most intelligent people I’ve met.

He could teach complex ideas in minutes. He didn’t talk down to you or act like the smartest guy in the world; he just had a down-to-earth way of distilling information to its core details.

To me, that’s a telltale sign of wisdom and intelligence: Knowing something so well that you can take complicated concepts and make them understandable and relatable to anyone.

“Simplicity is the ultimate sophistication.”

While some might think being smart means talking a lot, less is always more. As the saying goes: “It is vain to do with more what can be done with fewer.”

They Don’t Try to Prove Their Intelligence

When I was a personal trainer, one of my colleagues seemed knowledgeable but was extremely long-winded. It seemed like he not only wanted to give his answer, but also make sure everyone knew he was “smart.”

“He who knows does not speak, he speaks does not know.”

Ironically, sometimes the best way to show your intelligence is to be silent while others talk. After all, if you truly knew, would you need to prove it?

They Scrutinize Their Own Ideas

Intelligent people want other intelligent people to examine their ideas and see if it holds weight or has errors. They’re open-minded, seek constructive criticism from the right people, and care more about doing the right thing rather than being right.

Ironically, I’ve met people who call themselves “smart,” yet are wildly stubborn, only believing their ideas, plans, and opinions are best. But with that mentality, they often make glaring mistakes or errors in judgment.

Knowing a lot of seemingly unrelated things makes you wiser because you have more knowledge to leverage and more ways to understand things. In other words, what you already learned can help you learn more.

Diversify your knowledge. Rather than putting all your eggs in one basket, create a wide-ranging mix, which allows you to connect to more information and grasp them faster.
They Know Their Limits

One of my family members frequently gives unsolicited advice about things they know nothing about. Sadly, this makes them look incredibly foolish. (As the saying goes: “It’s better to remain silent and be thought a fool than to speak and to remove all doubt.”)

Yet the most intelligent people I’ve met know there are gaps in their knowledge so they don’t take their own thoughts and opinions as gospel. They know their weaknesses and deficiencies, and they find ways to avoid them, improve them, or get help from those who are more proficient.

READ ALSO: Why so many smart people do well in school but struggle to succeed in real life