Home SUCCESS SECRETS Why So Many Smart People Do Well in School but Struggle to...
Facebook
Twitter
WhatsApp
Telegram 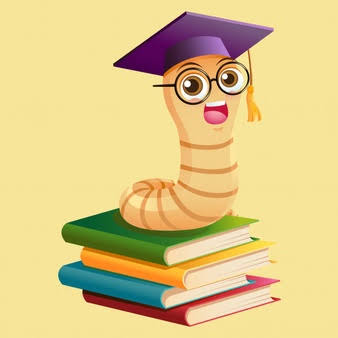 In college, I had a marketing and sales professor who was a retired entrepreneur.

Teaching the class was his way of giving back and trying to share real knowledge with the students.

Half the time, we’d have no actual structure to the class at all.

He’d tell stories, talk about specific moments in his career — he worked in sales for multiple decades and owned many different ventures along the way.

He’d let us ask as many questions as he wanted and kept the class a pretty open forum for the most part.

He was quite laissez-faire when it came to the grading system. Mostly, he wanted to see that you took the time to do the assignments and be creative.

What type of assignments? He might have us do something like ‘create a project for x’ but he wouldn’t give any sort of real rubric for the assignment.

Mostly, he just wanted to see us be creative and come up with something interesting using our, you know, marketing skills.

I enjoyed the class because I was the type of student who loved participating in class. I always asked questions that I felt applied to my real life. Mainly, how I could use the insights from these business classes to, you know, start a business and make money.

Some of the students in our class hated the teaching style. Often, our professor would ask us to volunteer for this or that during class. We sat in tables, so when one student volunteered, it meant you volunteered the whole table.

I volunteered a lot, and my table hated it. And these were the type of students who would ruthlessly execute any task as long as they knew exactly what the task was beforehand. Give them a rubric and they’d work hard. Leave things open-ended and they’d shy away.

One of my friends was in this class and enjoyed the non-structured structure just like me. He was the type who always had random ideas about things he wanted to do in the future, but, like me, had trouble being ‘disciplined’ and ‘focused’ when it came to traditional academic tasks.

Fast forward a decade. He owns his own video production company and has done shoots for verified influencers on Instagram. I’m a three-time published author, run two YouTube channels, and own my own creator-based business full-time.

What are some of our classmates doing?

Are they failures? I don’t know, you’d have to ask them how they feel about their careers.

I will say that a portion of those people probably feel like failures because they did all that work only to earn a meager reward for it.

I’ve had many conversations with people my age who feel duped that they went through so much effort to do well in school, only to be lumped into a homogenous group of people in a homogenous company living a homogenous life. Sometimes at a salary that doesn’t even mathematically justify them having gone to school in the first place.

I’m not a total higher education basher at all. College has its merits. Depending on which area of study you choose, why you choose to study it, and what you do while you’re in college.

Going to school doesn’t cause you to live a mediocre and lackluster life by your own standards. Your decisions cause that. But, of course, the academic culture we live in does influence people and often guides otherwise intelligent and talented kids in the wrong direction.

Peter Thiel has a great quote for this:

“Elite students climb confidently until they reach a level of competition sufficiently intense to beat their dreams out of them. Higher education is the place where people who had big plans in high school get stuck in fierce rivalries with equally smart peers over conventional careers like management consulting and investment banking. For the privilege of being turned into conformists, students (or their families) pay hundreds of thousands of dollars in skyrocketing tuition that continues to outpace inflation. Why are we doing this to ourselves?”

Thiel actually runs a scholarship program that pays talented students to drop out of college and start their own businesses.

You don’t need to be an entrepreneur to be successful, but some intelligent students miss out on a better life because they don’t learn how to see the world through an entrepreneurial lens and suffer because of rigid thinking.

Let’s take a look at some of the main downfalls of ‘academic thinking’ when contrasted with the real world.

If 60 percent of your decisions worked out well as an entrepreneur, you’d be wildly successful and wealthy. In school, 60 percent means you received a failing grade. So many students who do well within the confines of academia struggle when they leave school because they’re afraid to fail, which leads to them being failures.

Again, I only consider you a failure if you give up altogether on achieving the long-term objectives you know you’d follow through with if you weren’t afraid. Too many students go through the wringer of the ‘higher education’ system — working so so hard for approval that they don’t know how to deal with rejection and setbacks.

This goes back to why my old professor used to grade primarily on effort instead of some meticulous rubric. In the real world, sometimes you do the right thing and still ‘fail’ but on a long enough time scale, your effort tends to pay off if you keep attempting new strategies and projects.

When you’re in school, you’re often taught to memorize facts to pass tests. In the real world, how you apply facts and implement knowledge matters more than the knowledge itself.

The skills you need to be successful in the real world are often skills highly driven students don’t learn because of misdirected focus:

Problem-solving — In real life, you’ll run into unique scenarios that can’t be replicated in a textbook.

First-principles — Instead of knowing a bunch of facts, it’s better to learn a set of first principles or useful rules of thumb you more or less know to be true that you can apply to real-world scenarios.

Adaptability & calm under pressure — Sometimes, success in life comes down to your ability to regulate your emotions so you can make difficult decisions. Test-taking environments are low-pressure and predictable.

After you work so hard to get that degree, part of you just wants to be done.

If you want to continue leveling up in your career or maybe start a business one day, you’ll need to continue with some level of self-directed education for the rest of your life.

It’s hard for some to come to grips that they did everything right and worked so hard in school, only to not even be near as close to the finish line as they thought.

So, instead of doing what it takes to keep building additional skills and finding alternative routes to success, they settle and become a living LinkedIn profile.

Again, working in corporate or a job you’re overqualified for, etc, doesn’t make you a failure. This is all about the way you view yourself after going through the process.

I use the word ‘failure’ loosely to describe people who fall well below what they want out of life. And this doesn’t pertain to things like money or status either.

The Bottom Line on Higher Education

There are bright and brilliant students who use higher education to reach their wildest dreams.

Making a sweeping indictment of the entire education system, and the students involved, is intellectually lazy.

Instead, we should learn to look at not only these institutions, but ourselves, with a critical eye to see how things can be improved.

Success and failure are vague and malleable definitions. I wrote this for you to look at your life and decide whether or not I’m right and what should be done next on a personal and societal level.