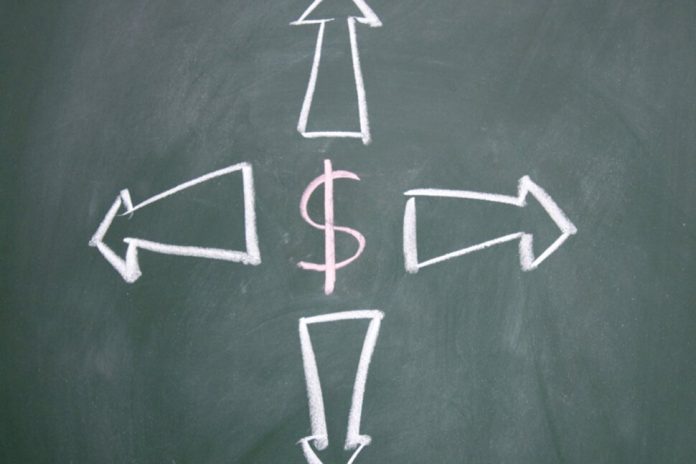 There are Two Ways to Get Rich in Life

And one of them doesn’t need more money.

Almost everyone you know at some point in their

That Ferrari in the cover photo is hot and sure to draw some envious eyes should you be driving it down the street on a sunny (or any) day. It’s fast. It’s sexy. And, it’s expensive — it costs a lot of money. You’ll need to be pretty rich to afford it.

So how do you get rich?

We’ll call the first path to getting rich money. It’s a fitting title since it precisely describes what our end goal is — to get as much money as possible.

How do we get there?

One way is to be a corporate drone. Get a job at a top firm like Goldman Sachs or McKinsey & Company or Google. Work 80 to 100 hours a week for 15 years to make partner. Voila, now you’re rich and can have all the cars, sex, and other material things you desire.

Die-hard entrepreneurship is a good one too. Sacrifice those 10 to 20 precious years of your youth to the grind. Put your head down and focus on growing your company, to sell it or IPO later for Billions of dollars. That’s a sure-fire way to end up rich.

Is that what we really want?

All of that sounds glamorous. With a job at one of those top firms, it’s not unrealistic to climb up the ladder and be earning $500k to $1M USD per year. With entrepreneurship, the upside is even higher. Jan Koum, the founder of WhatsApp, once applied and was rejected for a job at Facebook. Years later, he sold WhatsApp to Facebook for 19 Billion Dollars.

But that glamour is not without sacrifice. In order to get to the top, those people had to make tremendous sacrifices. Their 20s and 30s weren’t spent with friends or family or on travel. Instead, they were spent in the office, grinding away at their career or business, with nothing but the final target in mind.

In the end, they do accomplish their goals of becoming financially rich, but it comes at the cost of time. Time that can be spent otherwise experiencing this beautiful gift we’ve been given called life.

We’ll call the second path to getting rich life, since it’s our primary target now.

To have a rich life, you don’t need money, status or fame. All the things you need are already right in front of you. There’s a wonderful story shared by Courtney Carver, the founder of the minimalist blog bemorewithless. The story is about a humble Mexican Fisherman who meets a prestigious Harvard MBA.

A vacationing American businessman standing on the pier of a quaint coastal fishing village in southern Mexico watched as a small boat with just one young Mexican fisherman pulled into the dock. Inside the small boat were several large yellow fin tuna. Enjoying the warmth of the early afternoon sun, the American complimented the Mexican on the quality of his fish.

“How long did it take you to catch them?” the American casually asked.

“Why don’t you stay out longer and catch more fish?” the American businessman then asked.

The Mexican warmly replied, “With this I have more than enough to meet my family’s needs.”

The businessman then became serious, “But what do you do with the rest of your time?”

Responding with a smile, the Mexican fisherman answered, “I sleep late, play with my children, watch ball games, and take siesta with my wife. Sometimes in the evenings I take a stroll into the village to see my friends, play the guitar, sing a few songs…”

The American businessman impatiently interrupted, “Look, I have an MBA from Harvard, and I can help you to be more profitable. You can start by fishing several hours longer every day. You can then sell the extra fish you catch. With the extra money, you can buy a bigger boat. With the additional income that larger boat will bring, before long you can buy a second boat, then a third one, and so on, until you have an entire fleet of fishing boats.”

Proud of his own sharp thinking, he excitedly elaborated a grand scheme which could bring even bigger profits, “Then, instead of selling your catch to a middleman you’ll be able to sell your fish directly to the processor, or even open your own cannery. Eventually, you could control the product, processing and distribution. You could leave this tiny coastal village and move to Mexico City, or possibly even Los Angeles or New York City, where you could even further expand your enterprise.”

Having never thought of such things, the Mexican fisherman asked, “But how long will all this take?”

After a rapid mental calculation, the Harvard MBA pronounced, “Probably about 15–20 years, maybe less if you work really hard.”

“And then what, señor?” asked the fisherman.

“Why, that’s the best part!” answered the businessman with a laugh. “When the time is right, you would sell your company stock to the public and become very rich. You would make millions.”

“Millions? Really? What would I do with it all?” asked the young fisherman in disbelief.

The businessman boasted, “Then you could happily retire with all the money you’ve made. You could move to a quaint coastal fishing village where you could sleep late, play with your grandchildren, watch ball games, and take siesta with your wife. You could stroll to the village in the evenings where you could play the guitar and sing with your friends all you want.”

The story is simple yet conveys a powerful message: the things we desire are often closer than we think. We spend years slaving away at jobs we hate, waiting to achieve some goal in the far off future where we get to travel the world and do whatever we want!

What I’m proposing is this: the second path to becoming rich is about spending your time on what brings fulfillment and happiness into your life. People work hard to earn money so that they can do things that make them happy. Instead, just do the things that make you happy!

It is not that we have a short time to live, but that we waste a lot of it.

Read More: How to House Hack Your Way to Wealth

If You Ever Feel Stuck In Life, Ask Yourself These Three Questions

If You Do This, You Can Literally Reach Any Goal You Have

If You Ever Feel Stuck In Life, Ask Yourself These Three...