This is for Fathers:Being Accountable Makes Discipline Easier 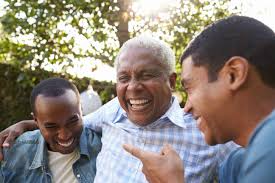 This is for Fathers:Being Accountable Makes Discipline Easier

Being accountable to your kids can put you in some tight spots, but it also lays groundwork for following through with discipline when it really counts. If you have been accountable before your children, it will be easier to hold them accountable when those sticky situations pop up.

I don’t know about you, but at our house, the sticky situations pop up quite often. By a “Sticky situation,’ I mean something that may not look so critical, but if you let it go, it only sets a pattern that teaches the child that, “it’s okay to be irresponsible some of the time.” I have learned that when you let enough of these things go; it only undermines whatever you’ve been trying to teach regarding responsibility.

One morning I came into the kitchen and saw that Sean had left for school without taking out the garbage. Garbage detail is his daily assignment, which is clearly described as having to be done before he leaves for school each morning.

“I’ve got to go get him and bring him back so he can take out the garbage,” I told Dottie.

“Josh,” Dottie said in dismay. “You can’t. It’s time for school to start in just a few minutes. He’ll be penalized.”

“Honey, I’ve got to do it. He can’t learn any other way. I have to hold him accountable to do what he said he would do.”

I got in the car and drove down to the school—two miles away. The bell hadn’t quite rung and Sean was still on the playground, shooting baskets with some of his buddies. I called him over and said, “Son, I want you to get your bike and head back up to the house and do the garbage.”

“But Dad,” Sean protested. “It’s five minutes to the bell. Can’t I do it after school?”

“No, son, you were supposed to do it before you left for school, and I’d like you to go do it right now, please.”

​“No, son, it’s your responsibility. Please ride up and take care of it.”

Sean flipped the ball back to his buddies and trudged over to his bike, shoulders slumping. As he rode away, it was a tough moment. A little voice whispered in my ear, what kind of dad are you, McDowell? It wouldn’t hurt to take out the garbage for your son just once, would it?

I had to admit that little voice had something there. of course I could have done it for him in a minute, but it was his responsibility, and for me to do his chore wouldn’t really be helpful at all. In fact, in the long run it could harm him because it could teach that, “A little irresponsibility is okay.”

By the time Sean got up to the house, tookout the garbage and rode back to school, the bell had rung, amd he was a good thirty minutes late for class. The tearcher had seen him leave the school yard, a direct violation of a strict rule and, not understanding why, he sent Sean to the principal’s office. “Sean, why did you leave the school yard and wind up a half hour late for class?” the principal asked.

Sean told the principal what had happened—how he’d had to ride back home to do the garbage because his dad had come all the way down to school to let him know that he had forgotten. The principal sat quietly—actually, he was a bit speechless—and after Sean finished, he said, “Thank you, Sean, for telling me this. You may go back to class now. I’ll talk with your teacher about this later.”

A few minutes later, the principal called me. “I can’t believe what Sean just told me. I want you to know how much we appreciate this. At first, I thought Sean was into some kind of monkey business, but when he told me what happened, I was tremendously impressed. We only wish more parents would hold their kids accountable. It would make our job so much easier. I’ll tell Sean’s teacher what really happened, and in this case, he’s excused because he had a parent’s permission to leave the school and go home.”

As I hung up the phone, I felt a tremendous surge of relief. I had felt like an ogre for being that picky about one bag of garbage, but the principal’s words had reassured me.

That happened last fall—when Sean was thirteen. I wish I could say he’s never missed a bag of garbage in the morning since, but at least I can report he hasn’t missed too many!

READ ALSO: 10 foods your heart would like you to eat