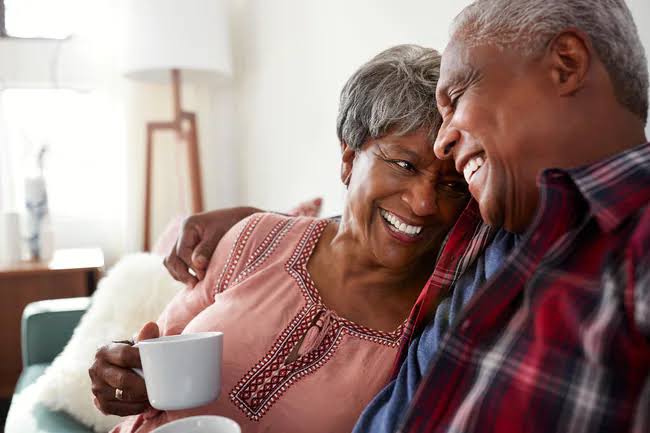 IS THERE SEX AFTER SIXTY

A medical doctor, David Reuben, has spent many years in the field of sexual relations and has written several best – selling books on this and related subjects. In one he sums up the problem of impotence by saying.

“Almost any man can overcome his impotence. There is a minority whose problems are basically physical and there is a small group who wear impotence like a badge – and wouldn’t give it up for anything. But for the majority, restoration to vigorous satisfying sexual performance only depends on their personal decision. With determination, hard work, and the love of a devoted woman virtually any man can become and remain dramatically potent to the age of seventy, eighty, and beyond. Most men, if they had the choice, would want it that way. The good news is: most men have that choice – all they have to do is exercise it.”

It is obvious from the above quote by Dr Reuben that millions of married men do indeed enjoy a normal sex life right on into their later years. Some men have fathered children in their nineties. Admittedly, not many. But good and satisfying sex is possible in the later years of life; however, as we pointed out earlier, it will not be as frequent.

Actually, satisfying sex in marriage is as frequent as the two lovers desire it. God has given us a natural sexual clock that races in our twenties and thirties, slows gradually in the forties and fifties, then slows even more in the seventies and eighties. My opportunities to interview eighty year olds on this subject has been somewhat limited, but the one universal comment is that, though the frequency level slows to one to four times a month, the satisfaction level tend to increase. Perhaps it is the anticipation or scarcity that makes it more enduring and valuable. Seniors tend to put high meaning on quality whereas their juniors tend to evaluate the experience more on the basis of quantity. The important thing is that healthy married seniors, like healthy juniors, tend to get all the sex they want.

If couples have a problem in later life, usually the husband has the difficulty. One doctor friend of mine is a nutritional enthusiast who believes that because our farming soil is so depleted of its natural life – giving nutrition men over fifty should take zinc supplements regularly. He also recommends Yohimbe bark or extract for those who enjoy low blood pressure. One thing is clear, any man who has experienced difficulty maintaining an erection should go to his local health – food store and make a personal study of what nutritional helps are available to mature men whose testosterone production has slowly declined through the years. It is a subject he should discuss openly with his wife and his nutritionally informed doctor. Otherwise he may bypass years of pleasure for both his wife and himself unnecessarily. As with almost every other subject, lack of sexual pleasure is a high price to pay when a little self education, proper diet, regular exercise, and nutritional support can provide great improvement. It won’t turn you into a thirty year old again, but it could well give you hundreds of satisfying lovemaking experiences during your golden years.

Contributed by Tim and Beverly LaHaye

READ ALSO: The story of the richest person in the world