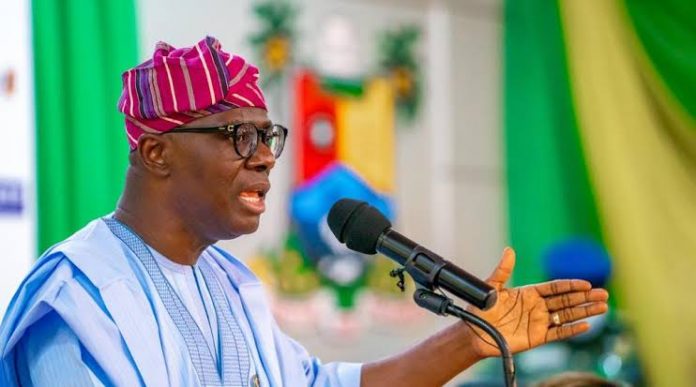 The Lagos State Government through LASRRA, is set to issue the New Lagos Identity Card, “LAG ID” for residents of the State.

The card which will be renewable every 5 years will contain a chip that has multipurpose uses and can be accepted anywhere in the world.

This was made known by the Permanent Secretary, Lagos State Ministry of Science and Technology, Ms Yinka Fashola, during an Internal Stakeholders Workshop held on Saturday, July 10, 2021, at Alausa, Ikeja.

Ms Fashola revealed that the Lagos State Government is committed to ensuring the successful rollout of the card as she encouraged all enrolment officers to be proactive and show commitment to achieving the registration of 100 residents per day.

She was confident that the target of registering 10 million residents before the end of the year can be achieved.

Speaking earlier at the event, the General Manager, Lagos State Residents Registration Agency (LASRRA), Engr. (Mrs.) Ibilola Kasunmu enjoined all members of staff and other stakeholders to be good advocates of the ‘New’ Lagos Identity Card when it is finally unveiled.

Kasunmu, who said that the workshop was held to explain details of the project, declared that the major difference between the card issued previously and the new one to be unveiled is that the latter is a multipurpose Smart Card that meets International Best Practices and will serve as a valid means of identification.

She said, “The card comes with a chip. Security is one of the features of the LAG ID Card 2.0 amongst others. The chip has multipurpose uses and can be accepted anywhere in the world. Also, you don’t need to carry the multipurpose card around because the chip houses the information to be used by the card. It has contactless capacities.’’

While pointing out that the new initiative aligns with the Smart City Agenda of Governor Babajide Sanwo-Olu’s administration, Kasunmu said that the concept is the first of its kind in West Africa and was quick to state that the “Unique LAG ID” is to replace the former LASRRA Number.

She also said, “The card has a validity period because it is a bank card and is renewable every five years. It has other 25 generic features which were embedded to ensure inclusive participation by all our Ministries, Departments and Agencies. These generic applications will be customised to suit different MDAs depending on their needs.’’

The General Manager also revealed that the Validation Portal has gone live and described the Android Application solution, which will make registration seamless and accessible through smartphones, as a work in progress.