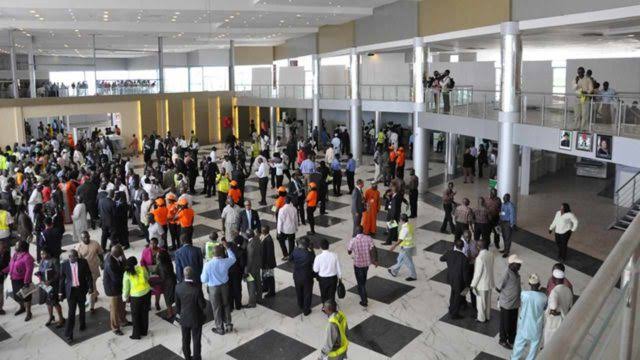 Following the pronouncement of the Federal Government that airline operators must refund the full cost of travel tickets to passengers after a two-hour delay, commercial airlines have listed the conditions for such reimbursement.

The airline operators made this known in separate interviews with newsmen.

The Minister of Aviation, Hadi Sirika, had, on Thursday at the weekly State House briefing in Aso Villa, Abuja, read out some of the rights of air passengers as enshrined in Part 19 of the Consumer Protection Regulations of the Nigerian Civil Aviation Regulations (2015) and charged them to demand their rights whenever they were being trampled upon by airlines.

“On domestic flights, for delay beyond one hour, carrier should provide refreshment, and one telephone call, or one SMS, or one e-mail. They should send you an SMS or email or call you to say, ‘I am sorry, I am delaying for one hour’.

“For delay for two hours and beyond, the carrier shall reimburse passengers the full volume of their tickets.

The minister, who said his ministry had started sanctioning some airlines who defaulted on consumer rights, however, urged passengers not to be unruly at airports.

In recent times, air transportation has become the darling of travellers in Nigeria, no thanks to the rising cases of robbery attacks, kidnappings and killings on highways across the country. According to the Federal Airports Authority of Nigeria, there are over 20 airports spread across Nigeria, with at least three airports in each of the six geopolitical zones of the country, making almost every part of the country accessible by air.

But as the aviation sector enjoys patronage, flight cancellations and delays have characterised inter-city air transportation in the country.

The NCAA data showed that 1,871 international flights have been recorded within the country’s airspace from January to March 2021 but 562 of those flights were delayed while nine were cancelled.

The regulator’s data also showed that 14,662 local flights were recorded in Nigeria between January and March 2021. However, 7,554 of those flights were delayed while 149 were cancelled.

Operators of airlines in the country had justified the delay and cancellations of domestic flights recently.

The operators, led by the Chairman of Air Peace, Allen Onyema, had, on Tuesday before the Senate Committee on Aviation chaired by Senator Smart Adeyemi, hinged the reason on non-availability and rising cost of aviation fuel, also known as JetA1 and inadequate parking spaces at airports.

Other reasons cited by the operators were non-availability of forex for spare parts and maintenance, sudden change of weather, delay due to VIP movement, inefficient passenger access and facilitation, delayed clearance of spare parts from Customs and inadequate screening and exit points at departure.

Efforts to get the Air Peace Chairman’s comment on the recent statement of the minister proved abortive as he neither took our correspondent’s calls nor responded to text messages sent to his line as of the time of filing this report.

However, speaking with newsmen, Air Peace’s spokesman, Stanley Olisa, said the airline does refund passengers whenever there is flight cancellation due to weather or technical glitches.

Responding to a question by newsmen, he said, “Yes, we refund our customers based on the terms and conditions of our tickets. Refund can be voluntary, where the customer is refunded 75 per cent of the fare and this occurs when they no longer wish to fly on the service paid for. It is involuntary when we cancel the flight and the passenger is refunded the full fare. The refund process takes three to four weeks.”

The spokesman for Dana Air, Kingsley Ezenwa, said what the minister read at the presidential briefing was not new but that airlines would rather delay or cancel flights and ensure the safety of their passengers than fly when it is technically unsafe to do so.

He said, “What he said is not new, it has been in existence in the Nigerian Civil Aviation Regulations 2015. We refund when passengers request for refund, we provide accommodation when flight is cancelled in the night. We transport passengers from the airports to the hotel and bring them back in the morning.We also compensate where necessary after providing all these things.

“Flight delay is a peculiarity of the industry and these issues come up once in a while. No airline can say it has not had one or two hours delay due to bad weather, technical issues, documentation and other factors.

“No airline will delay deliberately but when it has to do with safety and best standard practices, we will rather do the right thing and take the bashing. We need to ensure the safety of our passengers at all times.

Ezenwa agreed with the minister that when there were issues that necessitated flight cancellations and or delay beyond scheduled time, timely communication and engagement with the passengers could make the difference.

Also speaking with newsmen, an official of Aero Contractors who did not want to be named said the airline had been complying with the regulations of the Federal Government.

“I can tell you that Aero is going to comply with the standard procedure based on regulatory and government policies and based on the new comment the minister made yesterday (Thursday). When there is AOG (aircraft on ground) due to technical faults, we cancel the flight. When there is weather issue, we cancel the flight. Passengers are either refunded or if they are willing, they can reschedule to fly again without any penalty or additional cost. That has been the normal procedure,” he said.

When asked of the conditions for refund, he said, “It depends on the circumstances. If they pay cash, they will get cash; if it is PoS, their funds will be transferred to them.”

The official, however, did not give the duration of refund which he said “it is not cast in iron”.

When contacted, Arik Air’s Public Relations and Communications Manager, Banji Ola, kept mum on the matter. “I don’t have any comment to make,” he told newsmen over the phone.

Also, one of the new entrants into the space, United Nigeria Airlines, told newsmen that the operator would make its position known soon.

“The company will make its official position known. There are different issues between regulatory authorities and ministerial pronouncements,” spokesman for the airline, Achielieus Uchegbu, told newsmen.

Efforts to get the Chief Executive Officer of Azman Air, Yunusa Sarina, proved abortive as of the time of filing this report as he did not take calls put across to his line by our correspondent.

Meanwhile, the Nigerian Meteorological Agency in its weather forecast outlook on Friday, said thunderstorms were expected over parts of Sokoto, Kebbi, Katsina, Kaduna, Kano, Jigawa, Bauchi, Gombe, Adamawa, Taraba, Yobe and Borno States while other parts of the northern region would be under cloudy skies.