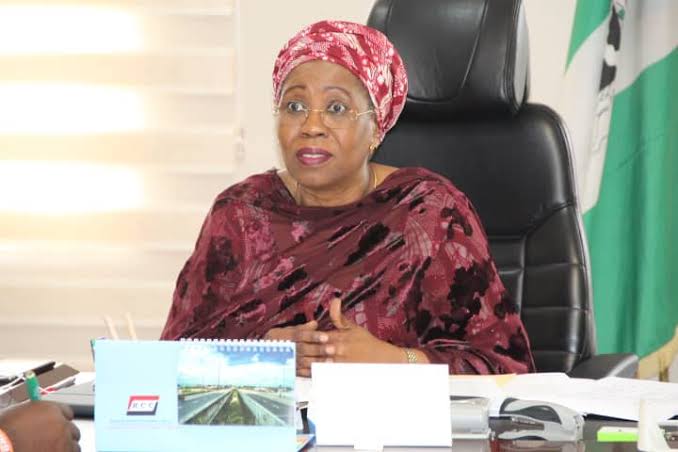 The Minister of State for Industry, Trade and Investment, Mrs. Mariam Katagum, has said the federal government is committed to improving the inflow of foreign capital into the country, that capital inflows has dipped by 60 per cent in 2020 from $24 billion in 2019 to $9.7 billion.

The minister said the government remained determined towards addressing the enormous challenges faced by stakeholders in the agric-commodity value chain in particular.

She said this was why the government launched Nigeria Agri-business and Agro -Industry Development Initiative (NAADI) to among other things rein in the high cost of production, low quality of products and issues around capacity utilisation in the sub- sector.

Katagum, in her remarks during the official flag-off and inauguration of the Bauchi State Office for the implementation NAADI in the state recently, pointed out that the overall objective of the initiative was to develop an industrialised and commercialised agricultural sector, comprised of highly productive and profitable commodity value chains.

This, she said would help to accelerate the growth and diversification of the economy into differentiated high-value products.

The minister said the government was particularly interested in the programme because of the accruable benefits including the capacity to stimulate the flow of equity investment to meet sectoral equity investments gap in sectors critical to driving the country’s trade and export competitiveness.

She added that the initiative will also enhance the country’s agribusiness performance; reduce its dependence on imports of agro-industry products as well as support human capacity development of MSMEs, particularly youth and women operating in the export supply chains and increase of value added goods and services.

READ ALSO: How Cement Prices can Crash in Nigeria

She commended the Governor of Bauchi, Senator Bala Mohammad, for accepting to key into the initiative as well as the arrangements made for the establishment of the NAADI office in the state.

The minister said: “This initiative is very strategic, towards implementing the economic diversification agenda of this present administration, an effort anchored on the Economic Recovery and Growth Plan (ERGP) and by extension the Economic Sustainability Plan (ESP).

According to her, the NAADI initiative, represented a paradigm shift for agro-industrial revolution in the country.

She added that the initiative was conceived within the context of the Nigeria industrial Revolution Plan (NIRP) of the ministry, pointing out that the design concept was derived from a generic framework produced by UNIDO under the African Agribusiness and Agro-Industry Development Initiative AADI (3ADI), which was launched in March 2010 and formally adopted for domiciliation in Nigeria as NAADI.

Katagum said: “This initiative undoubtedly, will enhance manufacturing process to transform agricultural commodities from natural state to value-added state, leading to the production of agro-industry products.

“The intention is to unlock the high premium latent value of agricultural commodities, for players in the Agribusiness and Agro-industrial sub-sector, for the overall satisfaction of consumers, so as to revamp the sub-sector.”

However, the minister, in a statement by the ministry’s Assistant Director, Information, Mrs. Oluwakemi Ogunmakinwa, pointed out that the successful implementation of NAADI was premised on the commitment of state governments and other critical stakeholders in the state.