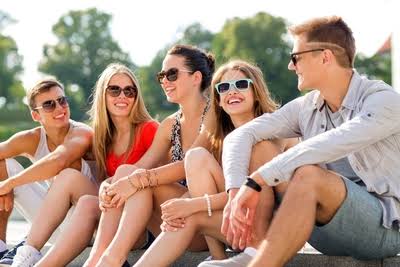 I find myself in a position that not many people are in, every single day. On one hand, I can now afford a luxury apartment, health insurance, organic food, and two (maybe three soon) cats. I’m also looking at getting another car.

On the other hand, I was homeless a while back and still hang out with most of my friends from my times on the street. While I’m well-off now, it’s rare that I hang out with people who didn’t know me when I was struggling. It’s a trust thing.

I was homeless in my 20s. Some of my friends who were homeless (or damn near it) are just like me. They’re rocking life right now. They’re married. They have health insurance and are doing very well for themselves.

Others? Not so much. A lot of them are still stuck in the streets. We all still hang out with one another because of the trust and camaraderie that we’ve had in the past. You don’t find friends that loyal in most other situations.

Read also: 5 important truths you should never forget in life (must read)

The more I stay in this situation, the more I notice some very stark differences between people who make it out of poverty and people who don’t. These four issues are the most common ones I’ve noticed, aside from the obvious factor of luck.

Successful people show up and follow through, broke people never start or quit.

I remember when I showed up for a job interview and the guy across the table for me clapped his hands and said, “Congratulations! You passed the first test! You actually showed up!”

It seemed so silly. He was an eccentric’s eccentric, sure, but he was not, by any means, stupid. And he then went in to tell me about how many people didn’t show up: almost everyone else. One other guy showed up three hours late.

Most of the time, the only reason I got a major break was because I showed up and did the work. There were no secret handshakes, no special weight requirements, and no unusual connections I made in a boardroom. It was just me, having a pulse, doing the thing.

The majority of the people I ask to work with me on something never do any of the labor I ask of them. I then do my work and they remain shocked that they are stuck at Square 1 while my project flourishes.

End result? I made money, they didn’t. And they have no one but themselves to blame. They often tell me they didn’t do it because they were afraid of failure.

Frankly, I’ve learned that having a shoddy product or outcome you can improve upon is better than just sitting there doing nothing. At least you can say you didn’t come empty-handed.

Successful people talk about things they are doing with others and share advice, while broke people don’t.

I’ve noticed this hardest with the people who are trying to be considered successful, but who kind of fail. You know the type — the ones who drive a BMW but will go to sleep in a single room for rent in a 2-bedroom apartment shared by five people.

It’s better to be honest and say you need help learning something than it is to bloviate and make a fool of yourself. Successful people, at least the self-made ones, are ready to say “I don’t know.”

When I first got hired at Vocal, I was still the guy who could not say that they didn’t know something. It wasn’t that I was full of myself. It was that I was terrified that if I didn’t know everything there was to know about a topic, I’d get fired.

I also couldn’t pony up straight answers when I fucked up something or ignored something. Unfortunately, that is another Achilles’ heel to success. If you can’t get certain answers bluntly, then you can’t figure out what to do.

Credit where credit is due, they stomped that out fast.

When you admit you don’t know and ask others for advice, you get better results. It’s why a lot of wealthy people prefer to talk about money and projects on their off hours, too.

I can always tell when I’m around money because people with it tend to talk about tips and tricks when it comes to entrepreneurialism, the law, the IRS, and more. When you’re broke or average, conversation tends to turn to people instead.

On the other hand, my friends who didn’t end up with that boot camp treatment? Yep, they are still at square one, often dealing with the fallout of stupid decisions. They don’t talk about money or projects. Or, if they do, they don’t follow through.

Successful people tend to be optimistic-realistic, while broke people either get into toxic optimism or are totally pessimistic.

One thing I noticed with people, the more that they earn money, is that they act like they just know they will be successful in their path but will often hit the pause button to iron out issues. They almost take it as a given.

They also are introspective enough to realize when they’re squeezing blood from a stone or causing their own issues and change course. In other words, they are often the ones who will look in the mirror hard and say, “Yep, this needs to change.”

People who get broke or stay broke? They tend to be very pessimistic. They assume that everything is going to keep going wrong for them, so they don’t bother trying to get better. If someone helps them out or tells them to do something, they question why.

I know it sounds woo-woo and stupid, but there has to be something to this attitude difference.

Another part of it is just how they are. I’ve witnessed people get offered a great opportunity and plenty of support, only to turn it down because they’re too in their negative mindspace to even try. Simply put, they assume they’ll fail before they begin.

True story. I have two friends, who we’ll call Alex* and Brandon*.

Alex is wealthy AF, and totally self-made. He used to be a truck driver for a furniture store back in his early 20s. He’s almost 30 now and lives in a high-rise building in a hyper-wealthy town, regularly going to Italy and Cali for fun.

Brandon is currently living with three people in a studio apartment, and he’s in his 30s. His major claim to fame was recently buying a pair of Air Jordans. He was a truck driver in his 20s, but got fired after taking a piss in the gas tank. He’s now a courier in the city.

The both started with the same wage. Here’s how they ended up in totally different situations.

Alex used his spare time after work as a truck driver to develop websites that he later flipped for cash. He started small, then soon hired people to work underneath him. He also was quick to work with SEO that was ahead of the curve, which meant that he was able to come up with a formula that kept remaining profitable.

Brandon spent his spare time trying to find a better job as a delivery driver. He didn’t notice that delivery drivers can only have one income and that their income is capped by how much bosses are willing to pay.

Alex invested money in learning how to do a higher paying skill better. Brandon literally pissed away his job when he got angry about something his boss did.

Alex fired his boss when his day job stopped paying more than his side gig. Brandon had no side gig, so when he was fired, he was left scrambling for cash.
See the difference? Yeah, me too. Alex always looked ahead and tried to make his own opportunities. He used any money he made to make it happen. Brandon, not so much.

As it turns out, a lot of wealth building is about priorities. Are you using your time and money well?