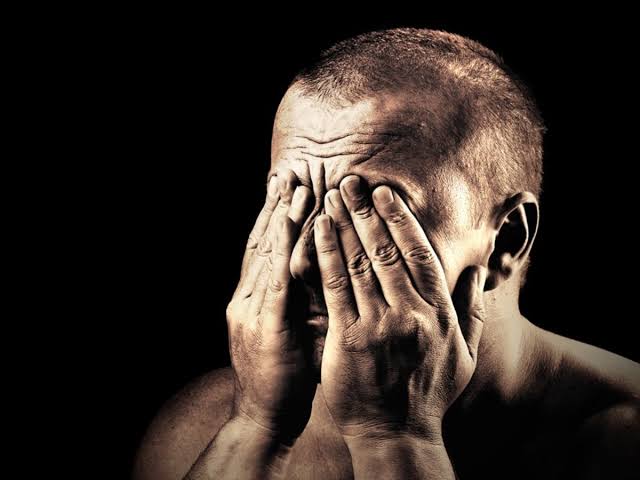 Replace them with much stronger and better habits than before.

We are nothing but a set of habits working in tandem. Our habits are our core definition of who we are at this point in time. They are flexible in that we can drop them, replace them, or reinforce them however we choose.

Some of these habits are great, however there are several worse habits that don’t contribute much to our lives at all. In many cases, we think of bad habits like overeating or smoking, but these particular habits are much worse than that. These habits that I’m talking about border on the line of mindset-shaping in that reinforcing these habits can dramatically affect your mind.

Changing them is also difficult, but replacing them with something else can yield massive results for you.

I was discussing racism with an acquaintance of mine and he — as a black man living in America — had a unique perspective on the racial issue. He agreed with me that this issue is a major problem, however not many people of colour are doing something about it.

From his own experiences a lot of them are complaining about the situation and instead of trying to gain political power, they default to their lives as it stands. They wake up, go to work, and come back home only to repeat the process.

But I believe it runs a bit deeper than that as people of colour are forced into situations where they need to work more than ever to change the narrative. Because the narrative is right now that America has a system that elevates one group and talks down and beats down on other groups.

That is an extreme example, but at the end of the day it’s toxic because it’s a manipulative tactic that forces people into obedience. In these circumstances people keep using these systems again and again because they want people to stay in line.

The truth of the matter is that we are all creators of our own lives. We are the ones to dictate what we create, what we are capable of, and where we stand in life.

Reminding yourself that you’re able to make a significant difference in your community and in your own life is challenging, but a habit that can replace this terrible way of thinking.

People are going to say and do terrible things all of the time. Some of it is going to get caught and others are going to slip under the radar from the public eye. But what we choose to do with that information says a lot about us as people.

For many, people instinctively want to get back at the person and to make them hurt. They seek revenge in some fashion in order to cope. It can take the form of an angry comment or wishing violence or harm towards that person. Or it could be boycotting a corporation.

The thing is, getting even with what someone is saying or doing doesn’t amount to much. And even after you’ve gotten your revenge, you’re not going to be feeling better.

I remember a former acquaintance of mine tell me that after I travelled across Canada for 9 months that I haven’t changed that much as a person. To me, that travelling experience was a lifechanger as I met new people, learned more about myself, and grew as a person.

For someone who I used to trust say that to me hurt me. I returned back to my comfort zone, but also sought out revenge. I wanted to get back at the guy who told me that and fully committed to my decision of being an accountant.

I wished for his life to be utterly miserable and for my life to be better so that one day I could show up in his life and tell him that I had a better life without him in my life.

Seeking revenge in that sense can feel satisfying, but thinking of the actual thing and doing it are two different things. Revenge is what forced me to study as an accountant for 7 years only for me to realize later I didn’t want to be in that field.

Replace revenge seeking with a mindset focused on growth. The best form of revenge isn’t about getting even with the person as it makes you no better than the person who harmed you. Rather prioritizing your own growth in being better in any way can prove to people how wrong others are about you.

Lying Or Doing Something Wrong To Get What You Want

People will lie, cheat, steal, or say nasty things in order to get what they want in life. For some they have no decency and have no control over it. To me, these are people who are trapped in a system and their own mindset and this is the only way for them to deal with it.

Humanity can be better than this though. Even though not every single outcome from our efforts are going to be exactly what we are looking for, the higher ground is always being honest with yourself and sticking to honesty.

In order to be change in the world it’s vital to be honest and to believe in what you think it the right thing. The moment you have second-guesses and deviate from what you think is right, you’ll lose yourself.

Feeling Hurt Or Offended By Everything Happening Around You

It is easy for us to play the victim card and at times it’s appropriate. But in other times it is simply petty and a sign or narcissism. Every single person has their own priorities, problems, and perspectives. Not every single they do is a slight against you nor does their actions constantly revolve around you.

This fact shows that not all of our lives are in sync. With that in mind, it’s better for us to learn to be more resilient and be aware of these tactics.

Procrastinating Everything Because You Have All The Time In The World

I can understand in some situations people physically can’t do something. We all are given the same amount of time every day and it’s up to us to use it wisely. I get that at times things aren’t going to line up and it’s better to put off something for a later time for whatever reason.

But so often people use that as a reason to avoid doing something all together and it reaches a point where something needs to be done. If not, the constant neglect of it can result in problems later on down the road.

Our lives warrant specific things in order to function and if we neglect those demands for whatever reason, we can pay the price for it later on if we’re not careful. Getting into the mindset of doing things immediately is a smarter move.

Always Worried That Bad Things Are Going To Happen

There are plenty of things to be worried about these days. We’re dealing with racial issues, women’s rights, a war, climate change, and a far-right movement across the globe that could topple democracy as we know it. And that is only the beginning.

We’re in a pretty dark place in history.

It’s easy to get sucked into that and to be worried about bad things that are going to happen. I get that in these moments these feelings can be justified.

However wallowing in worry about the future and what’s going to happen isn’t going to solve the current issues that are happening around us. It’s the same as playing the victim card and leaving it there.

A better habit is to learn to be facing these worries head on and to deal with that emotion. It’s essential for us to be the change that we want to be seeing in the world.

Not Following Through With What You Said

Big or small, this habit is not great to have as it’s a clear sign that you’re not committed to your own words. Sure in the cases of some small things like cancelling plans is not that big of thing.

But in those situations, I’d rather prefer honesty.

I remember when I was selling internet bundles to people there were so many people who told me to come back later or that they want to run the numbers or whatever. I never followed through with them because I knew immediately that they wanted the conversation to end and that they had no intention of calling the company or me.

We fall into this trap all the time that we want to say yes to everything and to commit to something. However there is always a risk to saying yes and there are costs to pay when we back out.

For the people that never contacted me, they lost their opportunity to save a tonne of money on their internet bill. But in the cases of commitments to friends, it can erode the relationship slowly. The list goes on.

It is better for us to be honest with ourselves and towards others. Make a habit to think first before committing to anything. And if you do make a commitment, stick to it.

Read More: 8 Insanely Easy Habits That Will Change Your Life