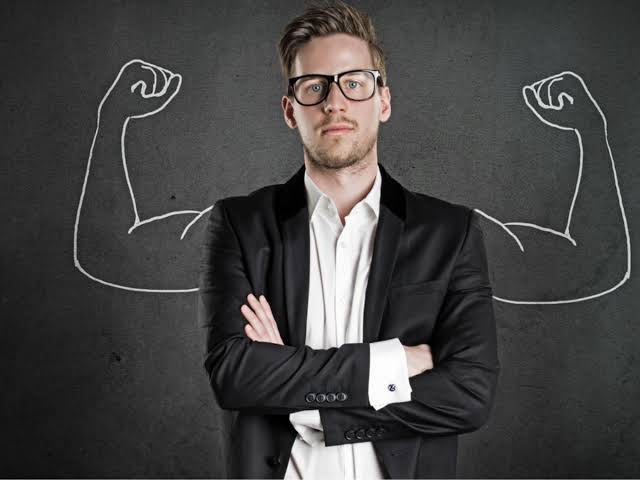 How to Become Powerful and Respected Among Everyone

The code to dominating over the world

Photo by Charles C. Collingwood on Unsplash
The idea of having to feel influential and respected is a natural trait of every human being. Authentically, we were created to have dominion and control over the earth — Genesis 1:26.

Every individual has a natural desire to be powerful, from children to adults. But, as it stands, not everyone achieves this feast. Here’s why;

The quest for power

We crave power because of who we are as human beings.

So when you ask every person if they would like to be powerful and respected, they will say yes.

Therefore, people do outrageous things like manipulation, bullying, and deception to get power. Some indulge in drugs, alcohol, sex, gangsterism, and hooliganism to prove they’re powerful.

The quest for power has made some people sell out their integrity — typical of politicians. People do the unimaginable by even killing their brethren. Instead, some engage in unnecessary brawls to attain this status. People put themselves in situations they wouldn’t try ordinarily. It’s a natural tendency for all humans to seek power because that’s how we are— power-driven beings.

“For power, people abused their brethren without caring that they are human beings just like themselves.”

What makes one powerful

To attain power and respect in the ancient days means destroying your fellow being. They have passed this attitude and programming down from generation to generation to us. So, to attain power, most of us think we have to bully or destroy someone.

But you’ll notice if you’re observing that this concept isn’t power. Instead, it’s an abuse of the other person.

So, where does true power come from? How do we attain it? Significant questions if you’re asking.

When people are suffering, and you help ease it, automatically, they respect and love you. There’s no individual on the face of the planet that wouldn’t accord you with respect and dignity when they find you being nice to them.

Actual power, therefore, comes from making people influential and respected. It’s a give-and-take phenomenon. People will give you power when you make them feel powerful. Likewise, when you belittle them, just like the law of attraction, which states, “Like energy attracts like energy.”

Whatever you release into the universe, you receive. If you give hatred, you receive hatred. If it’s love, you’ll receive love. No one burns this rule.

Not even those who manipulate or abuse people for power. Because, sooner, the very people they used or abused to be in charge will take them off. And at that moment, they’ll discover they weren’t powerful. It’s happened in history many times. People have overthrown or killed those who abused them to stay in control.

“You can be powerful without being loud and aggressive.” — Ed Skrein

Understand this philosophy and you are already powerful

The laws governing life are so precise that, by what you put into the universe, you receive.

Therefore, to be powerful and respected is to give others power and respect.

You don’t need to bully, disrespect, or manipulate people to feel powerful. That’s the uncivilized man’s way. True power comes from being of service to people. Lowes Howes talks more on this in one of his interviews.

I’ve never manipulated or molested someone to gain power or respect and won’t ever do that. Because I know the rules of the game — give and respect, and you’ll get respect. And the opposite is also true — disrespect people, and you’ll get disrespect.

You don’t have to go into the world to be aggressive on people to get power and respect.

If you want power and respect among your peers, family, and everyone, you need to give them just what you crave, and they’ll also give it back to you.

Not being willing to play the cards this way won’t guarantee you what you want. Then, of course, you can manipulate or abuse people to fulfill your desire. Still, it’s just a matter of time, and you’ll know you aren’t powerful because the people who you manipulated and molested to be in control will take you off your grounds.

Give respect and reverence to people, and, in return, they’ll give that back.

That’s how we become influential and respected in the world.

CONTRIBUTED BY Emmanuel A. Anderson

Read More: How To Become Confident

Read More: Every Day Habits That Make You Less Likeable