10 Psychological Tricks to Use in Everyday Life (Great Stuff) 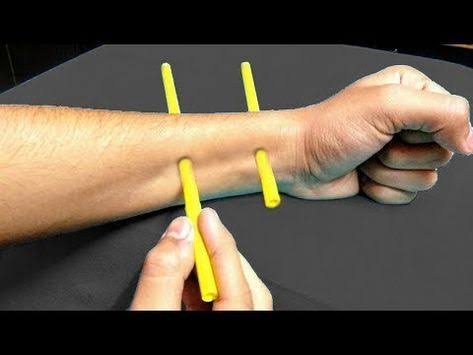 10 Psychological Tricks to Use in Everyday Life (Great Stuff)

Photo by Jopwell from Pexels
Have you ever agreed to certain favors you thought you would never agree to? Or have you faced certain situations you swore you’d never be in? But somehow, someone persuaded you.

According to research by Benjamin Libet, our free will is possibly an illusion. According to the study, he found a remarkable fact that is we make decisions before we really process them in our consciousness.

Well, it might get you thinking. Maybe your friends or someone else might be secretly using some psychological tricks on you. Modern marketers, entrepreneurs, and even some ordinary people use these techniques for their everyday life to make it much easier and more exciting.

Learning these psychology tricks will help you to make things run much more smoothly. Are you curious to know what some are? Here are ten psychological tricks to use in everyday life.

It’s New Year’s Eve, and you’re at a crowded cocktail party enjoying yourself with your friends, and music is blasting. But you hear your name is spoken nearby among the dozens of conversations, and you will immediately perk up and recognize someone is talking about you. In such a noisy environment, we can somehow focus on the person in front of us, isn’t it amazing?

In psychology, we call it the “cocktail party effect” demonstrated in a study carried out by Colin Cherry. We also call this phenomenon “selective hearing/selective attention” it clearly shows that If you use someone’s name during a conversation, you will immediately grab their attention. (Cherry, 1953)

2. Door in the face technique

This technique may be used on you! The door-in-the-face technique is a very interesting phenomenon in psychology.

In simple terms, you ask someone for a big favor first, and when they say no, you change it a while after to a smaller favor. Then they are less likely to say no. (Robert Cialdini & colleagues, 1975)

Have you thought for a moment about why this technique works and why someone agrees to the second request? As humans, we all like to please people and be liked by everyone, so we feel guilty for rejecting the first request, and when they offer their second request in a reasonable manner, we are more likely to accept it. You can use this technique to your advantage in many situations.

For example, let’s say Olivia wants to go to a film on the eve and she’ll be home by 10 pm. She knows that her parents won’t let her stay out so late. So she used this technique and asked her parents whether she could be home by midnight and was immediately refused. She then follows that up by requesting a 10 pm slot and is granted permission.

Try this simple method if you are with a group of people or have a conversation with an angry person or feel like conflict is about to break out.

Eat! Yes, you read it correctly!

This technique became famous due to after a viral video in 2013. Two people were fighting on a train, and Snackman broke up the fight by standing between them and eating a slice of pizza.

Eating is a calming activity, so when people see others having food, they unconsciously become less aggressive, and all anger goes away.

Did you have to have a meeting with someone who is likely to become aggressive towards you?

Make sure you sit right next to them. This way, even if they want to argue with you, they would have to move their entire body to make contact. They will also feel uncomfortable saying bad things about you when you sit so close to them, and sitting next to each other makes things more personal.

The chances are you’re often in crowded places, and you need to get through a crowd of people. There are just so many people you can’t move. If so, Use this simple technique to help clear yourself a path.

Stand straight, and just look in the direction you want to go and see your end goal with your eyes. Now go! Don’t look at anything or anyone. Focus on where you’re headed, and people will move out of your way.

The reason behind this technique is, People normally look at your eyes, and when they notice where you’re headed, they will understand it and naturally move out the way.

You can use this simple technique when you notice someone doesn’t like you. You have to do just ask a small favor like borrowing their pen for a minute.

Whether they don’t like you at all, they will be inclined to say no to your request because it is such a small favor. When they have to accept your request, they will naturally think that you’re okay after all.

There is a link between body temperature and personality. According to the new study conducted by Lawrence Williams and John Bargh, when you meet someone for the first time, make sure you have warm hands.

Warm hands symbolize a warm approach and introduction. Eventually, it will make you far more impressive and attractive to the other person.

This is another really simple but powerful technique. If you’re in a group gathering or meeting, you want to say something, and also you don’t want them to doubt your judgment, then calmly say that your father gave you this advice. People are much more likely to believe that.

Have you’ve ever been in a public area and heard a familiar notification or a ringing tone? When you do, You instinctively reach for your phone just to check if it is yours. We recognize this effect as classical conditioning, or we call it Pavlovian Theory. (Ivan Petrovich Pavlov, 1849–1936)

In simple terms, everything from speech to emotional responses was simply patterns of stimulus and response. According to the above example, when you hear the same tone, you associate it with the positive feeling of reading a message or receiving a call. That’s why you might reach for your smartphone when you think you feel it ringing in your pocket, even if it isn’t.

In simple terms, cognitive dissonance is a mental conflict that occurs when a person’s behaviors and beliefs do not align. This theory will help you to grow if you use it correctly.

For example, let’s assume you value your health by choosing nutritious foods instead of processed foods, and you are making a conscious effort to stay healthy. However, you spend most of your day sitting at your desk. You explain to yourself that it was okay, but somehow you still feel guilty because you know that you have to be active to stay healthy.

Now you remember you even joined a gym a while back, but you never go. When you see the membership card, it reminds you of the importance of exercise for a healthy life.

Finally, You decide to exercise. For that, you choose to go to the gym. When you are at the office, you start to use the stairs instead of the elevator. Like that, you are now taking the necessary steps to stay active. It’s hard at first, but you feel proud of yourself when you see the membership card and when you recognize the positive changes in your body. You can use this cognitive dissonance theory to motivate change instead of experiencing discomfort. (Festinger, 1957)

In this article, we bring you a lot of awesome psychological techniques that’ll work in your everyday life, and the good news is that you can immediately start testing them out for yourself. We hope these tips will help you make your life much easier and more exciting.

READ ALSO:35 tiny rules that I use in my happy quiet life

7 Daily Habits That Harm Your Brain (MUST READ)