Home SUCCESS SECRETS 🌻The Rich Pay Less Taxes Than You. Here’s How They Do It
Facebook
Twitter
WhatsApp
Telegram 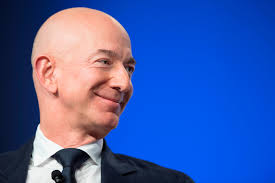 Warren Buffett is one of the richest people in the world. That’s thanks to his company, Berkshire Hathaway, which is a holding company that owns other companies.

You’ve probably heard about some of them — Duracell, Geico, Dairy Queen. They also own stocks in other companies, like Coca-Cola and Apple.

But just like he pointed out himself, he still pays a lower tax rate than his secretary. It may surprise you to find out that she pays twice his rate in taxes, which even Warren admits that it’s outrageous.

Read also: How to get rich from nothing-build wealth

But how is that possible? Well, they pay different types of taxes

The disparity between the richest Americans and everyone else has been growing. In fact, in the last 40 years, the after-tax income of the richest has gone up more than 400%. On the other hand, middle-class income has only gone up by 50%.

The richest people make money in a very different way, and they’re not taxed the same as everyone else.

Some of the richest people in our country have started advocating for a rise in taxes for the rich. That’s because it seems that they want there to be a middle class that can afford to shop in businesses. This is vital for a healthy economy.

Most people have a normal job. They get a paycheck and pay income tax. This can range between 10–37%.

But the rich make a lot of their income from investments — usually stocks and real estate. These investments are taxed as capital gains. Things like long-term stocks have a maximum tax rate of 20%.

The interesting part is that most of these people’s money isn’t even taxable.

That’s because they have so much money because of the stock they hold. And Warren Buffett is no different. But this money isn’t tangible or taxable.

Another example of an ultra-wealthy person is Jeff Bezos. He’s known to pay nearly nothing in taxes, although his worth is well over $130 billion. His wealth is never taxed until he sells a part of his stocks, at which point it’s taxed as a capital gain.

This is how billionaires are worth so much money but pay close to nothing in taxes. Most billionaires actually get loans against their stocks and live off of that. They don’t even need to sell the stock to turn it into money they can spend.

No sale = no taxes

The truth is that if you’re a billionaire, you don’t need any income.

Time and wealth scale
Photo by Morgan Housel on Unsplash
There’s a loophole in capital gains taxes that the rich exploit. It’s called the stepped-up basis. If a billionaire, for example, was to sell a stock, he’d have to pay capital gains taxes based on his profit. That’s the cost of the stock minus the original investment.

But if he holds off selling his entire life, when he dies, whoever inherits the stock and then sells it would only have to pay taxes on what they earned after they inherited it. This leaves the original gains untaxed.

This is one way that the richest people can avoid paying taxes altogether.

In recent times there have been calls for the loophole to be closed, and a proposal even came to increase the capital gains tax all the way to 39.6% for those who make over $1,000,000 a year.

Some worry that it may discourage people to invest in the stock market, and that current millionaires might just sell less stock. However, one thing is certain — this would bring in a lot more tax revenue that’s estimated to be between $200–400 billion over 10 years.

But even then, the stocks that are just sitting there and aren’t sold, remain untaxed.

Nowadays, a lot of people are bothered that the rich don’t pay their fair share. While changing the capital gains taxes wouldn’t fix the whole problem, it would be a fairly easy way to start taking action.

I believe that everyone should pay their fair share, however, we need to be very careful when increasing the tax rates. A safer way to do this would be to increase it by 5% instead of doubling the capital gains tax rate overnight.

Taking small steps in the right direction is far better than taking radical action and then having to overturn our decisions.