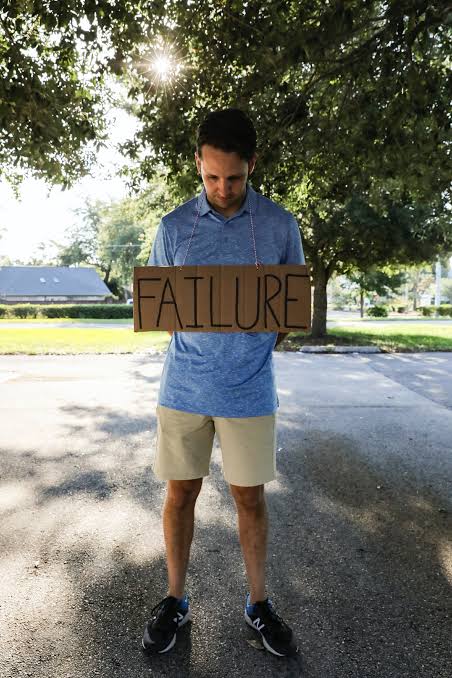 If you hang around the barbershop long enough, eventually you’ll get a haircut.

Who or what is stopping you from reaching success?

Take a moment to think about that.

The only person (actually) stopping you is you!

Any other answer is merely an excuse, it’s a comforting blanket for your fears. There’s nobody in the room who has enough time and energy to plot your downfall. They’re all planning their own rise.

We’ve looked at the 10 biggest things people say that stop them from reaching their success and you know what we noticed? When you open the carton, it isn’t down to a situation or anyone else — the buck starts and stops with you.

So, let’s give you the reality about the four things that are actually holding you back from succeeding.

Putting things away for tomorrow is your procrastination — and it’s 100% on you. We have to stop seeing procrastination as laziness because that’s just another excuse that makes us wait for a day when we have energy, and look, realistically, that’s not going to happen, because laziness is only a small part of it.

Procrastination and putting things off are your brain’s way of avoiding failure. It’s your fear speaking, it’s your inability to deal with the negative feelings popping up.

The boredom, the anxiety, insecurity, frustration, and self-doubt — they’re speed bumps that you aren’t even attempting to go over when you’re procrastinating. You’re giving up without taking a leap — and that’s on you! And you know what, that’s actually a great thing because if it’s on you, you can control it.

You can say right now that “enough is enough”, you’re done with allowing negative feelings to delay your journey — especially when you can move right through them and get it done.

The next biggest thing people say that is stopping them from reaching their goals is that their friends and family don’t believe in them.

Look, let’s get this straight…

Nobody owes you their belief — it’s not a debt they have to pay or a requirement they have to meet for you to take them to the top with you. People have lives. They’re busy trying to live their own life.

If you’re always turning to other people for encouragement and motivation, then you need to work on your confidence and self-esteem before you do anything else. You need to be self-motivated. People not believing isn’t always because they don’t think you’re capable, it’s because your ideas might sound daring, which is okay, and they might be scared that you’re going to fail, and they care about you and don’t want to see your heart, and that’s okay too.

But do you know who does owe you their belief?

You do! You better freaking believe in yourself before you expect other people to believe in you. Friendships shouldn’t be conditional. If they’re good friends, whether they believe you can do something or not, you shouldn’t punish them for being afraid for you.

The next problem people cite is they lose motivation.

Well, here is a secret: If you lose motivation, you never had it in the first place. You had willpower. Willpower is a momentary fleeting burst of inspiration and energy that people mistake for motivation. Willpower is triggered by hearing about someone else’s success, by seeing something on TV, and by suddenly feeling like you have time and you can do it.

Motivation? That you have to build! It’s based on consistency. It’s not a spike, it’s a consistent line of self-discipline. It can add then flow. You might be able to do it more on some days than others, but when you have your systems in place, your motivation will always be there.

Your motivation isn’t going to pop up every day like a jack-in-the-box and propel you to productivity. You have to consistently create it using your discipline system. And you know, people also say there are too many obstacles in their way, too many unexpected things that crop up.

Well, you should know that unexpected issues will always crop up, but what’s your plan for when they do?

When you’re working toward a goal, you need a guideline for what you’ll do when sh*ts hits the fan. How serious does it have to be for you to put your plan on hold, and how long will you put it on hold for? Your goal needs a plan. Without it, your goal is simply just a dream or a wish.

Read also: 7 signs your are smarter than you think (HIGHLY RECOMMENDED)

The next one is an excuse that we hear all the time. It might be harsh calling it an excuse because our lives are shaped by the circumstances and environments were born into, but sometimes you just don’t have the money, the resources, or a single person who can help you out.

Some people might come from a single-parent household, they struggle for food, they might be forced to leave school early and go to work to earn money, and holysh*t what do you do then? How do you get out of that?

Well, there are lots of people who have done it. Millionaires we all know about. Billionaires that we don’t. The people in their fancy cars, you look at thinking that they came from wealth. Well, some of them, a lot of them actually came from “nothing”. The CEO of a company who you think has an MBA might have left school early and started working at 16.

They’re everywhere, and if they can do it, you can too, but you have to work for it!

You can’t allow your failures to follow you. You have to extract the lesson and then discard the failure. Don’t carry it along. It’s hard when you start from the bottom. It’ll test your mental strength at every point, but you will catch a break as long as you keep working. Hard work is the shortcut.

There’s a phrase that goes —

“If you hang around the barbershop long enough, eventually you’ll get a haircut.”

Luck will find you, but you have to be working. To do it, you can’t allow yourself to stand in your own way.

Winners or losers — they have the same goal. One group takes responsibility for their shortfalls and understands the importance of accountability. And the other group — they’re stuck playing the blame game.

So, which group are you a part of?!