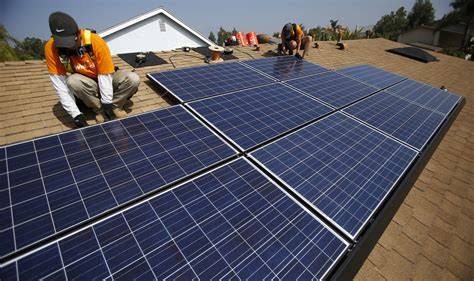 With the Christmas holidays here already, Mr Celestine Inyang and his family have decided to purchase an alternative power source to fill gaps in the 9 hours of power supply they receive daily.

So, the first thing Celestine did was to get acquainted with the inverter market. He would soon learn that there are two types of inverter systems – the inverter backup system and the complete solar system.

Do note that inverters are conversion systems which convert alternating current (AC) to direct current (DC).

Anyone desirous of an alternative power supply source will have to choose between either of the two types of inverter systems mentioned earlier. Their features are detailed below.

The inverter backup system: This consists of just an inverter and batteries. Some people fix these installations without solar panels at their homes and offices.

Meanwhile, users can have an inverter backup system that does not have solar panels. In the absence of a public utility power supply, it will charge up the batteries and store energy in them, so when there is no power, the batteries provide power through the inverter which converts DC to AC.

Let’s talk about the costs: Costs for either inverter system are subjective because oftentimes, costing depends on capacity.

Enemoh also noted that energy demands are different from person to person. Therefore, energy audits should be conducted to determine energy demands before designing a system for a particular use. Doing this helps to get a holistic calculation of all the loads in the house or office, ranging from the television, lighting points, and other appliances, to determine the number of watts needed for each. He said:

The same thing applies to inverters. There are various types – 2 KVA, 3 KVA, 5 KVA, 10 KVA and above. Enemoh said:

READ ALSO: Does Stress Actually Cause Gray Hair? Hear what Doctor has to Say about it

Efforts to curtail the costs: Some sector players are still looking at ways to curtail costs so more Nigerians can purchase inverters. However, Enemoh told Nairametrics that the cost of manufacturing in Nigeria is still very high. This is because power supply and other challenges are prominent in Nigeria’s manufacturing sector, which increases the cost of production and ultimately increases the costs of finished products.

Possible options for Nigerians: For Mr Celestine Inyang, the option of third-party financing through loan apps would be easier for a civil servant like him.

However, it’s important to reiterate that there are millions of Nigerians out there who work on a part-time basis and cannot access these loans because they are contractors.

More solutions are needed to make renewable energy technologies accessible to every Nigerian.