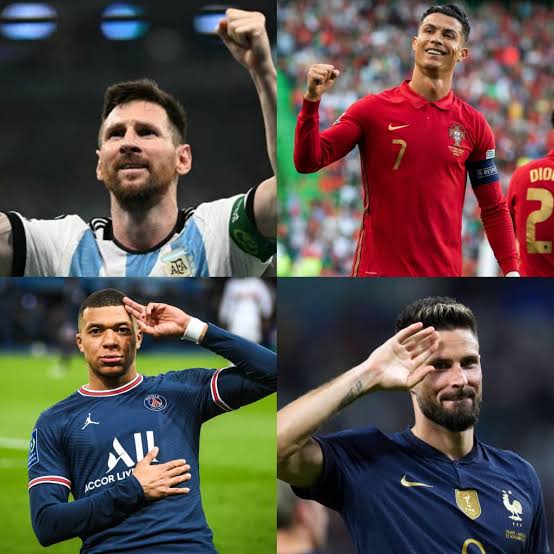 Players that broke records at the 2022 World Cup

The just-concluded 2022 FIFA World Cup brought all the excitement, emotions, tears, both of joy and sorrow, that fans all over the world signed up for. With heart-bumping, nail-biting and all-round spectacular performances from the 32 teams that sojourned to the desert country of Qatar in search of the trophy, many new records have been set, jinxes broken and history rewritten.

Argentina defeated France in the World Cup final to clinch the most sought after trophy in world football, breaking a 36-year jinx, Morocco did the same for the entire African continent, breaking an 88-year jinx by reaching a World Cup semi-final while many players have gone on to set numerous individual records for themselves, writing their names in the sands of time.

In this piece, we examine all players that set new individual records in the just-concluded 2022 FIFA World Cup.

The Argentina star did not only break a record with the Argentina national team, the seven-time Ballon d’Or winner broke the most individual records of the tournament. Asides winning the 35-year-old set records for appearances, goals, assists and many more. They are;

Most appearances in FIFA World Cup tournaments by a player

The most number of minutes played in the World Cup with 234 minutes, surpassing Paolo Maldini.

Oldest player to register a goal and an assist in a World Cup game [vs. Saudi Arabia] at 35

Oldest player to register a goal and an assist in a World Cup knockout game [quarterfinal vs. Netherlands, semifinal vs. Croatia] at 35

Most appearances in FIFA World Cups – 26

Most goals at World Cup for an Argentina player – 13

The first player to score in Group Stage, the Round of 16, Quarter-finals, Semi-finals, and Final in a single edition of a World Cup.

READ ALSO: The 3 Basics Of Success (MUST READ)

Mbappe was unarguably the star of the final for the French team, scoring a hat-trick and dragging Argentina into a penalty shootout. The young champ gave a very good fight. Even though France did not win the trophy, Mbappe has many wins in the bag for himself.

Despite not wining the World Cup, Cristiano Ronaldo remains a legend. His contributions and efforts in football cannot be underrated or underestimated. Portugal was sent out of the World Cup tournament after Morocco beat them in the quarter-finals round. However, the Portuguese star set a new record for himself as;

The first footballer to score at five World Cups

Germany’s goalkeeper, Manuel Neuer, also broke a record during this year’s World Cup. Germany exited the tournament at the group stage but Neuer did well to set a new record before leaving.

Most appearances for a goalkeeper in World Cup history – 19

Giroud had a good run at the World Cup and did quite well for himself. He showed up for France time and time again when needed and delivered up until the final. For France national team Giroud set a new record.

Most goals for France -52

An individual cannot make a team but the team can make individual players stand out. Paredes contributions to Argentina’s win paid off as the 28-year-old defensive midfielder set a. new record for himself.

19-year-old Jamal Musiala did well for himself to set a new record, although he had a brief run at the World Cup. The German footballer was one of the fe teenagers that set foot on the world stage and he made sure he made a mark during his short run.

Most dribbles in a World Cup match by a teenager -12, vs. Costa Rica