Home SUCCESS SECRETS 🌻If You Want to Get Rich, Help Someone Else Achieve Things(FANTASTIC ARTICLE)
Facebook
Twitter
WhatsApp
Telegram 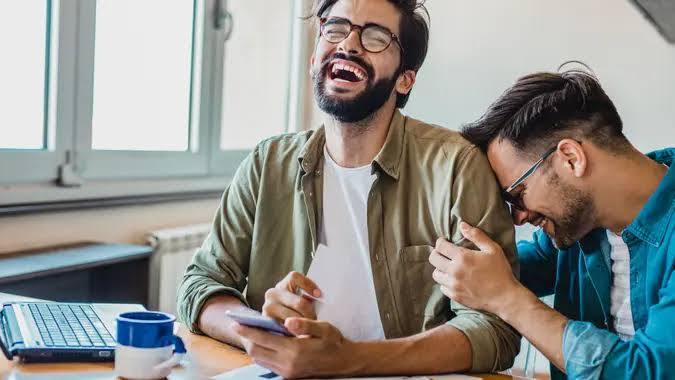 Making money is not all about the money

In 1997, a 27-year-old independent musician wanted to distribute his music without suffering from traditional distributors. He decided to sell his music online. But online record stores at the time only sold CDs from record labels.

So he built a website himself, called it “CD Baby.” And sold his music there.

But PayPal or Stripe didn’t exist yet so he couldn’t easily set up a payment system. He had to go through a credit card merchant which cost him a thousand dollars in setup fees and three months of paperwork.

When his “Buy Now” button finally went live, he sent his listeners to his website for purchases. Then he told his friends about it, who asked him if they could sell their music on his website too. As a favor. And he said, sure!

At the time, CD Baby’s founder, Derek Sivers, thought of his company simply as a credit card processing service for CDs. It was supposed to be a website where independent musicians would direct their fans like, “Go here to buy my CD.”

Read also: Nine timeless ways to get people to respect you (without becoming a kiss ass)

In 1997, that was already a big deal. But then his secondary customer, a guy in the Netherlands, emailed him, “Any new releases?” And at first, Sivers didn’t understand. Then he messaged again:

That gave Sivers an idea. What if he is a store? He could display his friends’ music more widely. And encourage complete strangers to buy their music too.

His friends were thrilled. And more friends began asking him if he could sell their CDs with him. Eventually, strangers started calling and emailing him too. Popular online music leaders shared his website. And more musicians signed up.

To pay for his time and effort in uploading new albums on his website — which took more time and effort in the 90s — Sivers decided to charge for every album he uploaded. Then he figured he could also take a small cut from each sale.

He didn’t know how much to charge though. So he entered a local musicians’ CD store in Woodstock, New York, where he lived, and asked the store clerk how they did things.

“You set the selling price at whatever you want. We keep a flat $4 cut. And we pay you every week,” the clerk said.

CD Baby began accommodating more and more musicians and CD sales. And when the iTunes Music Store launched, Apple approached CD Baby to become one of its distributors.

A little over a decade later, Sivers decided he wanted to do something else. So he sold CD Baby for $22 million.

All that started by doing a few friends a favor.

If you want to build wealth, help someone achieve things

The thing I like about Sivers is that he keeps things very simple. The process of building a business is not easy. So there’s no point overcomplicating it.

His business model is simple, yet effective. As he said in his book, Anything You Want:

“A business plan should never take more than a few hours of work — hopefully no more than a few minutes. The best plans start simple. A quick glance and common sense should tell you if the numbers will work. The rest are details.”

Sivers saw a problem and tried to devise a solution. At first, the solution was meant just for him. But then his solution could also help more people. So he shared that.

Building a business is all about creating value.

If it’s behind a computer, it’s human

When you look at the bottom line of your business or side hustle and you find that:

Do you see numbers? Or do you see people?

Digital businesses often make it easy to reduce people into numbers. After all, most of the interactions happen behind the screen. And they would all just come up as numbers in your analytics reports.

But try not to forget that behind each number, each screen, is a human being who has dreams, concerns, and qualities of their own.

People say all the time that a business should serve its customers well. But this isn’t all about altruism. Seeing people as mere numbers is a trap for greed and neglect of customer needs. Which eventually leads to failure as a business.

You should know because, now and then, you’re someone else’s customer/client too.

If it’s dying, let it die

At a business conference, a man once asked Sivers:

“What if every musician just set up their own store on their own website? Since that’d be the death of CD Baby, how do you plan to stop that?”

Sivers responded that he wouldn’t stop it. If someday, musicians didn’t need CD Baby anymore, then it’s time for it to shut down.

The man was shocked at Sivers’ answer. After all, people often assume that businesses are made to keep growing and making more money. But again, the purpose of a business is to solve a problem.

Read also: 5 principles that will help you live a better life (read this daily)

If the problem has become truly solved — then that business is no longer needed! And it’s time to evolve into another business or side hustle that enriches people’s lives in other ways.

Don’t become someone who sells cures and actively undermines the prevention of problems just to keep earning more.

Besides, when you act like you don’t need the money, people seem more eager to give their money to you. It’s the same with other things in life.

Banks want to lend when you don’t need it
Publishers publish writers who don’t need them
People chase after those who ignore them
And so forth.
It’s universal. You don’t have to be desperate because we live in an abundant world, full of opportunities. That mindset makes you much more attractive to potential customers and clients.

Sivers says this about building wealth. And I think he sums it up well:

“When you make a business, you’re making a little world where you control the laws. It doesn’t matter how things are done everywhere else. In your little world, you can make it as it should be.”

So make it good. Make your side hustle or business something that makes you energized every morning. And fulfilled every day.

There’s no point in doing all these merely to make money. Because in the end, you’re earning money to gain personal satisfaction, right?