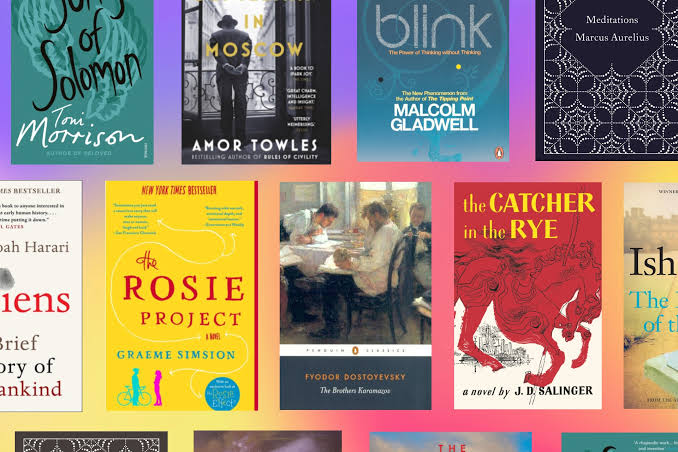 I read books and talk to people,” says Elon Musk. “That’s how one learns anything. There are lots of great books & lots of smart people.”
In this article, I’ll share 3 books Elon Musk has recommended. All of them are brilliant and helped me to be more successful. Hopefully, they’ll do the same for you, too.

The Hitchhikers Guide To The Galaxy by Douglas Adams

This is one of my favorite books of all time.
“Seconds before the Earth is demolished to make way for a galactic freeway, Arthur Dent is plucked off the planet by his friend,” according to Goodreads. Together, the duo hitchhike around the galaxy and get into all sorts of trouble.
I read the Hitchhikers Guide to the Galaxy for the first time as a child. I’d often read with a flashlight underneath the covers to avoid detection from my mom. But most of the time, she found out and yell at me for being unable to sleep on a school night. Oops.
If you want to enjoy a lighthearted science fiction book, The Hitchhikers Guide to the Galaxy is perfect!

Read also: 7 things you can do to improve your life in one week

Space is big. You won’t believe how vastly, hugely, mind-bogglingly big it is. I mean, you may think it’s a long way down the road to the chemist’s, but that’s just peanuts to space.”

“Far out in the uncharted backwaters of the unfashionable end of the western spiral arm of the Galaxy lies a small unregarded yellow sun. Orbiting this at a distance of roughly ninety-two million miles is an utterly insignificant little blue-green planet whose ape-descended life forms are so amazingly primitive that they still think digital watches are a pretty neat idea.”

The Art Of War by Sun Tzu

This is one of the most influential books of all time. Although The Art of War was written for the military, you can apply its principles to (almost) every aspect of life. For example:
Choose your battles.
Remember that timing is essential.
Have a contingency plan in case things go wrong.
Obstacles present an opportunity to change & adapt.
I read this book for the first time a few years ago. And ever since, I’ve been able to think more strategically as an entrepreneur. It’s a great book. And you should also read it as soon as possible!

“Engage people with what they expect; it is what they are able to discern and confirms their projections. It settles them into predictable patterns of response, occupying their minds while you wait for the extraordinary moment — that which they cannot anticipate.”

Zero To One by Peter Thiel

Peter says the best ways to make money are often new and untested. As a result, there should never be a set path towards success in entrepreneurship. Anyone who says otherwise is probably lying.
Zero to One primarily discusses the intersection between technology and society. It’s also worth noting that Peter is a philosophy major and law school graduate, and those influences are noticeable throughout the book.
While reading Zero to One, I was struck by Peter’s compelling arguments, nuance, and thoughtfulness. It’s one of the best business books in the world!

Read also: 4 pieces of advice you can give your current self

“
The most valuable businesses of coming decades will be built by entrepreneurs who seek to empower people rather than try to make them obsolete.”

“The next Bill Gates will not build an operating system. The next Larry Page or Sergey Brin won’t make a search engine. And the next Mark Zuckerberg won’t create a social network. If you are copying these guys, you aren’t learning from them.”