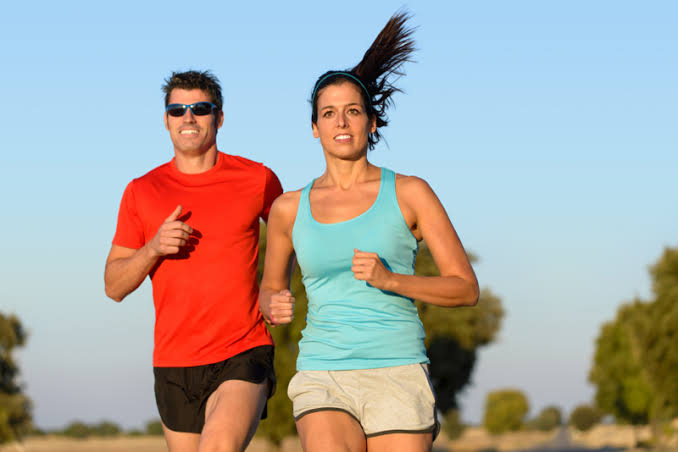 You’re inspired by her strength, not intimidated by it.

You might be Prince Charming, but she’s not a damsel in distress. Just the opposite — actually. She’s been slaying the dragons all by herself for her entire life, and is looking for a knight whose armor matches hers.

What qualities does such a fine specimen of a man display?

1: You’re fully supportive of her ambitions, and her needs.

As Mark Twain once said — “Keep away from people who try to belittle your ambitions. Small people always do that, but the really great make you feel that you, too, can become great.” This same concept applies to relationships as well. Men and women who are strong and secure in themselves will have no problem standing behind their partner when support is required. They will not betray your trust or discourage you from living the life you want to live.

The woman in your life may be an entrepreneur, a CEO, a high-level executive, or spend her life in any variety of ways that require her to kick ass and take names. She absolutely will not tolerate a man who is intimidated by this, or tries to ‘water her down.’

This is why strong women are attracted to strong men: They know you appreciate the hustle.

2: You’re pursuing your own goals and passions.

If a couple is going to have one teammate who has big plans for their own future, it’s going to need two teammates who have big plans. For both men and women, being with someone who is much less motivated in life than you are is going to cause tension in the relationship.

A man who will be comfortable with a woman who is driven and ambitious will need to be on a similar path for himself in order to understand, appreciate, and support her. Now, more than ever, relationships are two separate individuals living their separate lives, but converging as one.

3: You’re fully secure in yourself.

A man who constantly needs reassurance or validation from the woman he is dating will likely not find what he needs if he pursues a woman who is strong and independent. She will be secure and confident in herself and want the man she is with to be the same. While she will likely show you love and affection because she cares for you and wants you to feel loved — she will not constantly be reminding you of how much she needs you in her life. Because she doesn’t.

A strong man will not expect to be needed by a woman of this caliber, but it is important to note that men still want to feel wanted, and we all still need to love and affection to feel valued in a relationship, so this cannot be overlooked.

Women who are focused on their own mission and path in life are not taking time out of their day to look for validation from others. They are living in the moment and are too busy to bother caring what other people are thinking.

A man who is going to date this type of woman has to work with her on what is kept between the two of them and what is exposed to the public. In the social media generation, privacy is hard to come by — but for a relationship with a mature, independent woman to work in the long run, it still has to be made a priority.

5: You’re direct and honest with her.

No man should ever be abrasive or disrespectful to the woman in his life [or anyone], but honesty and integrity is still an important part of making a relationship work. A man who is a ball of mush will never be able to hold the attention of a strong woman, because she will walk all over you and you will never give her the stability that she needs.

The type of man who will fit well with a woman of this caliber will know when to be flexible with her and when to stand your ground. She will respect you more for it.

No, I don’t mean “you’re the man!” like your college buddies tell you — I actually mean that old school and traditional concept of being “the man” in a relationship.

Before you rush to the comments section and criticize this traditionalism, hear me out…

Just because a woman may be in charge from 9–5 on Monday through Friday, doesn’t mean she wants the same responsibilities in a relationship. At the end of the day, many women still appreciate a man who is the man, and will make plans for them on date night. A man who still romances her. A man who is chivalrous and respectful. A man who understands that a woman can be independent and should still be treated as a lady.

I usually find that we can all agree on that.

7: You must let her spread her wings.

Possessive overbearing men are kryptonite to strong women. Smothering or coming on too strong to this type of woman is the quickest way to ensure that you push her away immediately. She is busy and doesn’t need (nor want) her hand held constantly. She works best with a man who lives his own life alongside hers, not one that tries to intertwine the two.

This doesn’t mean just knowing how to speak and express your feelings, but also knowing how to listen and interpret hers. Not all women are verbally open or affectionate, but they will show you how they feel in their own ways. It is important for a man to be able to hear what the woman in his life is doesn’t say, as well as what she does.

This means respecting and valuing her opinions as well as openly telling her your own. It means being able to have deep, meaningful conversations and really listening to her viewpoints. It means never assuming she can’t teach you something new or show you new experiences — in fact, some of life’s most important lessons will come from her.

10: You must maintain your sense of humor.

Despite the hard outer shell some strong women display, they are still human beings who experience every emotion. Nobody wants to be stern or serious all the time, particularly those with high pressure jobs or a stressful lifestyle. A man who can lighten the mood at just the right times will not only be a great lover, but a great best friend.

Finding a balance that allows a relationship to flourish when two strong independent people come together is tricky. Men need to understand that they can be with a woman who lives her own life and not sacrifice any of his own masculinity. And women need to understand that being strong and independent does not have to mean being overbearing or abrasive. Men and women are both equally worthy of respect without needing to prove their dominance over each other.

The best teams are made up of people who fill the puzzle pieces of the other. Who work well together and respect each others strengths while balancing out their weaknesses. Love is a team sport, and with the right person by your side, you will always win the game.

READ ALSO: 5 things most people learn too late in life

What is the best Canadian province for permanent residents?

Why is wedding ring worn on the fourth finger?