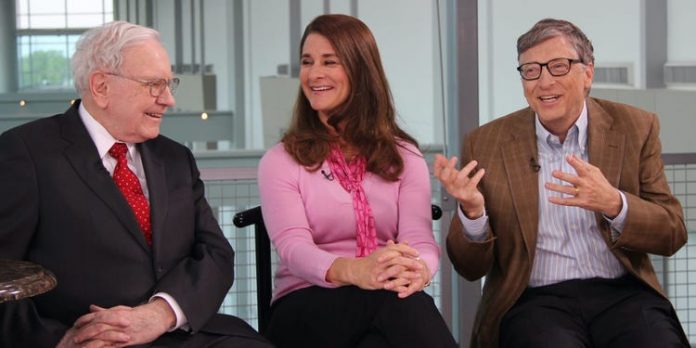 The Chief executive officer of Berkshire Hathaway, an American multinational conglomerate,Warren Buffett, has announced his resignation as trustee at Bill and Melinda Gates Foundation (BMG).

Buffet said he will donate $4.1 billion worth of Berkshire Hathaway shares to five foundations.

He said, “For years I have been a trustee – an inactive trustee at that – of only one recipient of my funds, the Bill and Melinda Gates Foundation. I am now resigning from that post, just as I have done at all corporate boards other than Berkshire’s,” Buffet said in a statement.

“After 16 years of pursuing my philanthropic plan, I’m delighted with its workings. Each of the five foundations set its own course and the leaders of all five work hard and effectively. My own involvement has essentially been nil, which leaves me to do what I love.

“The CEO of BMG is Mark Suzman, an outstanding recent selection who has my full support. My goals are 100% in sync with those of the foundation, and my physical participation is in no way needed to achieve these goals.”

READ ALSO: Check out the ease of doing business in each state of Nigeria

In May, Bill Gates and his wife Melinda, co-founders of the foundation, had in May filed for divorce after 27 years of marriage — but pledged to continue their philanthropic work together.

The 21-year-old foundation has become one of the most powerful and influential forces in global public health, spending more than $50 billion over the past two decades to bring a business approach to combating poverty and disease.