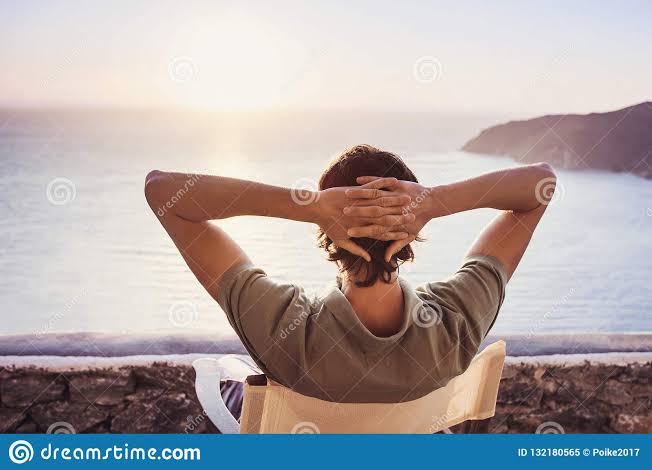 You can still have a good time without going broke

I came across this WSJ article the other day. It featured a 34-year-old higher education worker named Rachel Yoke, who worked 2 jobs during the pandemic to make ends meet.

Later, she got a better, higher-paying job and she started to feel a bit more optimistic. Maybe she could now enjoy life better.

Then inflation happened. And everything from groceries, to gas, to clothing, and so forth suddenly became more expensive. Some people did the math and found that Americans are likely paying an extra $276 every month.

“I worked so hard to get this new job and make this shift. Why am I not making as much progress as I thought?” Yoke told WSJ in an interview.

I can understand Yoke’s frustration. Many of us try to live below our means and avoid big lifestyle changes. That’s so we can save more, increase our financial freedom, and achieve our goals.

But in today’s economy, it’s harder to do those things. To make matters worse, leisure expenses, like traveling or dining out, have also increased.

How do you enjoy life when everything is suddenly more expensive? You don’t want to throw everything in the wind. But having a life devoid of pleasure is also counterintuitive.

Read also: 7 mini habits that changed my life (must read)

So in this article, I’ll share 3 simple tips you can do instead.

1. Shift to an acceptance mindset

I think many people feel frustrated with the current economy because of drawn-out expectations that didn’t pan out.

For example, my researcher John told me about his friend who has been saving up money for years to buy a house. When the pandemic happened, she held on to the money in case of emergencies.

Now that things are opening up again, house prices suddenly shoot through the roof. So John’s friend has no choice but to postpone her house hunting again.

You likely had plans that have been affected too.

It can be frustrating when we make plans and they don’t pan out because of external circumstances. But the frustration only doubles when you don’t accept the situation.

It’s a bit like being stuck in traffic: Will you spend the time cursing why or how the traffic happened? Or would you rather accept that the traffic will take time (and you’ll probably be a little late to where you’re going), and listen to a podcast or audiobook instead?

This reminds me of something Epictetus once said:

“It is difficult to combine and bring together those things — the carefulness of one devoted to material things, and the steadiness of one who is indifferent to them — but it is not impossible; otherwise happiness would be impossible. It is like planning a sea voyage. What can I do? I can choose the captain, the sailors, the day, the right moment. Then a storm comes upon us. At this point, what concern is it of mine? My part is done.”

When it comes to spending less, I prefer to not budget. Unless you’re living paycheck-to-paycheck, budgeting is mostly counterintuitive. Instead, I recommend spending only on the right things.

You can cut out all your unnecessary expenses. And put your limited resources on those that you really value.

For example: If you really need that vacation, take it. There’s no point feeling guilty. You don’t have to beat yourself up about things that you do. Just avoid luxury expenses.

Maybe you won’t dine out for months if you take that trip.
Or you’ll subsist on cheap bland food to afford it.
And if you still can’t afford that trip even if you cut out unnecessary expenses? Then return to tip number 1: Accept your current situation.
And know that you can try again some other time. Life is long. It’s a matter of being adaptable and choosing to do what you really want.

Also, try to not neglect your savings. An emergency fund, even a small one, is crucial. Especially during times of uncertainty. We all need the money to pay for a sudden trip to the ER or to replace a broken washer.

Buying more stuff won’t make us happy. We all know that. But when we’re too caught up in our own problems, it’s easy to forget how lucky we already are.

Let’s take a look at Viktor Frankl, a holocaust survivor. A few days before Christmas in 1944, he was ordered to dig a tunnel, on his own, for a water main under a road. When he finished, the concentration camp authorities gave him a “reward.”

“I was presented with a gift of so-called ‘premium coupons…’ The coupons cost the firm fifty pfennigs each and could be exchanged for six cigarettes, often weeks later, although sometimes they lost their validity. I became the proud owner of a token worth twelve cigarettes. But more important, the cigarettes could be exchanged for twelve soups, and twelve soups were often a very real respite from starvation.”

That’s a quote from his book, Man’s Search for Meaning. I’m sure you’d rather have your problems now than Frankl’s Christmas “reward” in 1944.

So take a step back and return to the present moment. Feel gratitude for what you already have.

When you look at history, you’ll notice that the platitude is right: History doesn’t repeat, it rhymes.

We’ve had years of low economic growth. And we’ve had booms. It’s all part of the normal cycle. This means whatever is going on right now is temporary.

So continue to find light when it’s dark. We all experience setbacks. And we can always find ways to recover.