Home SUCCESS SECRETS 🌻Nine Timeless Ways to Get People to Respect You (Without Becoming a...
Facebook
Twitter
WhatsApp
Telegram 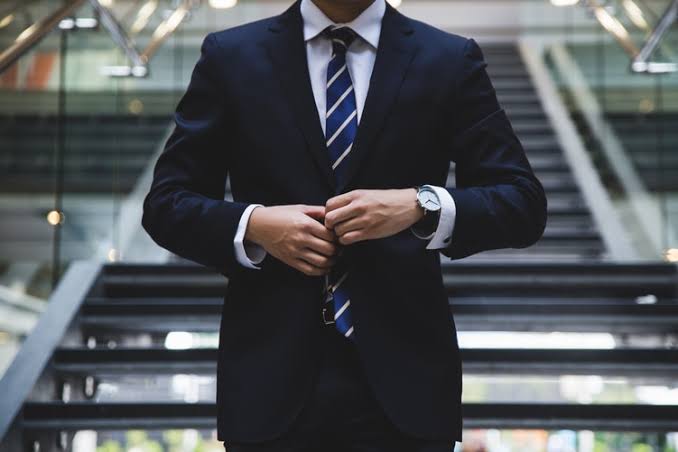 “My dad told me if you suck up at work you’ll get further ahead, make more money, and get pay rises.”

Nobody likes a kiss ass.

Early in my career I met the ultimate one. OMG. He came to work each day with perfectly combed hair. He kept the comb in his top pocket.

His shirts were whiter than my bikini line.

He wore glasses to appear smarter even though he didn’t need them. “It gives me a certain look” he’d say.

In meetings he’d always agree with everything our boss said. And we all agreed our boss was a moron. Even our boss’s boss thought that.

Whenever it was time to volunteer for a special project he was the puppy dog that came running to the front door wagging his tail. He didn’t just suck up to our boss. He kissed the butt of every leader in our company.

He even kissed the butt of interstate and international leaders. When he spoke to customers he kissed their butts too.

“Oh your business sounds so amazing. You’re changing lives, I tell ya.”

I once threw up after he said that, although it was because of my eating disorder not his words — but still.

Finally I got the courage to ask him: “Man, why do you kiss ass so much?”

His reply: “My dad told me that if you suck up at work you’ll get further ahead, make more money, and get pay rises.”

Here’s the tragedy … he was the lowest paid guy in our team and never got pay rises, promotions, or cool opportunities.

Kiss asses don’t get respect because fakeness is cringe.

Here’s how to get people to truly respect you.

Read also: How living intentionally and acting with purpose can change your life (highly recommended)

Many of us accidentally say “sorry” or “my apologies.”

I’ve seen some people say sorry at the start of every email they send. “Sorry to take your time but…” This makes you sound weak and no one will respect you. You don’t need to apologize for being alive or asking for help or for permission to speak.

Even when you make mistakes you don’t need to apologize for every single one. Why? Because most people don’t realize when you mess up. Only you do. So when you apologize it highlights your mistakes rather than making them look natural.

Say sorry for the big stuff.

For everything else, remove sorry from your communication.

Stand up for the underdogs

I read the story of a former student Sarvpriya. She explains how in a college class one of her fellow students was quiet and didn’t join group discussions.

It pissed off her professor. He blew up one day.

“How will you survive in the world? What will you do with your life?”

It didn’t get a reaction out of the shy girl so he kept going.

“She is so abnormal. She should not be here.”

Sarvpriya watched in horror. She’d seen the girl write great stories on social media. But in real life she was quiet. Out of nowhere Sarvpriya stands up boldly and says…

“You cannot say that to her. It’s insensitive. You cannot call her abnormal. She is an amazing writer. I am sure she will not only survive but do great things in life.”

The professor shut his pie hole.

At the end of the year it came time for the professor to run a feedback session. Each student stood up and gave their thoughts on his class. When it was Sarvpriya’s turn she said nothing.

The professor said “Well, I want to give Sarvpriya feedback.”

“I really like her. Can anyone tell me why?”

Then the professor said…

“It’s because she stood up for someone she barely knew. It means that she cares for other people too. I respect that.”

After the comment he made everyone clap loudly for her. Standing up for the underdog helped her win his respect.

It’s so rare in society but carries enormous rewards.

Do as you say

One thing that’s mind-blowing about workplace culture is how many meetings end in a list of action items. Yet no one actually does them despite people saying they will.

In sales, I learned never to trust what a customer said. I assumed they were lying because so many said “yep, I’ll review our discussion and make a decision,” yet they never did. Not once.

Doing what you say is the only way to be honest. Honesty gets huge respect.

You may have heard of the white knight known on social media as Dan Price.

Image Credit: Wikimedia Creative Commons
He cut his pay to $70,000. Then he gave all his employees a pay rise. They bought him a new Tesla to say thank you. Every day he’d write online about some do-gooding thing he’d done.

It was toxic as hell.

Honestly, I even reshared one of his posts. Then I found out he waterboarded his ex-wife and sexually harassed lots of women. Oh, and all the do-gooding wasn’t real. He didn’t write any of his social media posts either. A ghostwriter did. And he didn’t cut his pay or get gifted a Tesla either.

Making people feel like crap and as though you’re Jesus with your sexy, long, hipster hair gets you nowhere.

Running around asking for mentorship and free advice is silly. Especially, if like most, you don’t have proof-of-work.

Execute for a bit and see what works and what doesn’t. Then take the data and get feedback or reach out to people. But don’t for the love of god cold message people and say “where do I start?”

No one cares. And google can answer that question. What matters is…

What have you tried already?

Proof-of-work gets you respect because it shows you’re in the game, not sitting on the sidelines playing with yourself.

Forget about fitting in

Speak your accent with pride.

We all come from different places. I cop it with my Aussie accent all the time. I jump on a group Zoom call and people think Crocodile Dundee has just entered in his underwear (budgie smugglers).

Hiding your accent or where you come from is what people do when they want to fit in. Screw fitting in.

Those who act as themselves and share their culture loud and proud are the ones we respect the most. Not fake posers.

Stack the odds slightly in the other side’s favor

When in negotiations at my bank job, I learned to always give the other side slightly more than I got.

This set the tone. It showed customers that I wasn’t trying to milk them for everything. And you know what? Nine times out of ten they’d then try to stack the odds back in my favor.

Kindness is contagious. It gets you respect and creates more opportunities.

Mark Manson is one of the most popular writers on the internet. People don’t know why.

It’s not because of his great writing. No. His book “The Subtle Art of Not Giving A F**k” showed his carefree attitude.

Once people can see you’ve exited the Matrix and are truly free, they gravitate towards you. Life starts when you stop caring about what everyone thinks and live your damn life the way you want.

Read also: Self improvement tips to change your life (read daily for 7 days)

Donation culture has infected our planet.

People want sympathy and free money when life takes a turn for the worst and they fail to plan or be financially responsible.

Look, I’m sympathetic. Life is hard. But the expectation of people to fund your mistakes rarely gets you respect.

In one story I read an Indian student lost his father at 9 and his mother at 14. He was still at the top of his school — until it got shut down. The school principal offered to pay for his college out of sympathy.

He turned down the handout and chose to work a job.

All the other kids at age 16 started smoking and drinking alcohol. They partied the night away.

He got a job at a glass factory. Some nights he’d miss eating dinner because of all the cuts on his hand from the glass at work that made it impossible to hold food. He then joined the Airforce with zero guidance or mentorship.

When he wasn’t working he’d stay up late and read books under the light of a small lamp. His wife respects him tremendously because of what he decided to do when he was at his lowest with dead parents.

Choosing hard gets you respect.