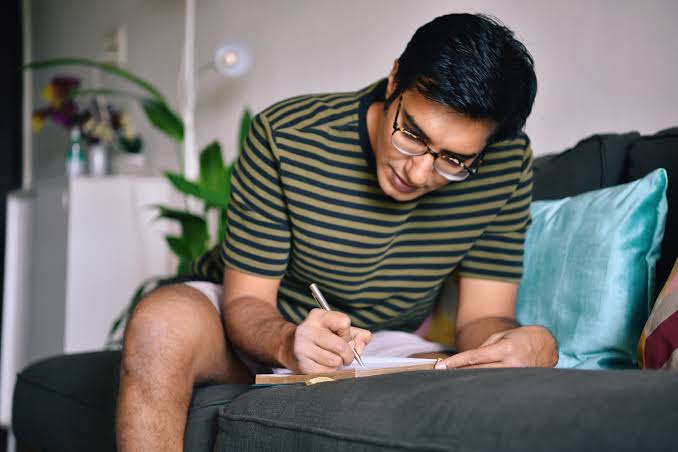 There are many things that you can live without.

Growth is many different things. It can be looking at things from a new perspective. It can be getting new skills and improving them. Or it could be looking at yourself after some time and choosing to leave behind certain things about you.

Of course, ditching habits or ways of thinking can be difficult in certain circumstances. Nevertheless, making a point of removing these things about you now or in the future is a good idea.

Read also: A new career path that will make you millions (must read)

We’re all people pleasers in the sense that we want those we hold value to to be happy around us — or at least neutral. However there are people that give us the impression that they are people we should value. Or they’re complete and utter jerks.

It’s those people you want to stop trying to please.

Obvious, I know, but considering how the self help industry has elevated the likes of Elon Musk and other not so great people to insane status makes it clear some people haven’t abandoned that part of them.

People-pleasing isn’t always about everyone all around you. It can be unhealthy measures towards one person so much so you’re willing to take a bullet for them, even if that person doesn’t know or cares about you.

Like people-pleasing, self-care is also pretty extensive beyond what we initially think. A lot of people force the idea that self-care is all about mindful meditation, warm bubble baths, smelling some scented candles, or some other form of self-indulgence that requires you to spend more money on something that wasn’t in your life before.

Self-care is those things, but there is more to it.

It’s a focus on your mental well-being and for many people, doing those kinds of things I mentioned above might not help at all. In those cases, try something different with self-care.

Eating a salad is self-care.

Going for a walk or getting to the gym is self-care.

Playing some video games is self-care.

Giving yourself opportunities to mentally check yourself out or do something that will help your body can do wonders.

I wouldn’t go as far as to say it’s always right, however that’s not a reason to simply ignore it. If you have any doubts about things that you’re getting yourself into, use the opportunity to pause and think things over.

There is nothing wrong with waiting. Time has a way of sorting things out and guiding you. Using the opportunity to think of some of the potential outcomes can do you a lot of good.

Removing these tendencies is the toughest because we often do a lot of these things inadvertently. One simply does not “just stop self-sabotage.” We go through periods where we put one priority over another.

Sometimes we lose the habits that we’re trying to stick.

Other times we talk down our achievements or the work that we do.

This stuff happens. What’s most important in those circumstances is to catch the early signs of it. If something isn’t working, you work to change it and do so in a reasonable manner.

Whether it’s an intimate one or a friendship, there are some connections that aren’t worth it. This is a case by case basis and largely depends on how the relationship dissolved. If it was amicable, then it might be worth it in some circumstances. If it wasn’t, don’t pay it any more mind than is necessary.

This one is tricky as it’s difficult to draw a line to where you’re thinking and when you’re overthinking. The biggest tell is if you’re getting tunnel vision on the problem and it’s bordering conspiracy theories or is well into that territory.

Again, rely on that intuition and if something is off, spend some time, but not all the time.

Procrastination is a tougher one because the behaviour is tied to one of two aspects about the task at hand:

Either you don’t want to do it because of some emotional connection to it.
Or you don’t think you’re good enough to do that task.
Creatives experience this a lot as we overthink things or want to go about it a certain way and can’t or haven’t found a satisfying method for ourselves. I get it. It happens.

Ditching this is hard for this reason as it’s deeply rooted on a mental level. It’s a matter of learning to just do things and don’t make it complicated or convoluted.

Over the top displays of love and affection are sweet on the surface but they’re not necessary. When you’re in a relationship, I’ve learned the biggest things are the small things. Saying hello to them in the morning, asking how they’re doing, showing interest in their lives, taking out the trash, and doing the dishes.

Sure a few fancy restaurant outings, and gifts are nice, but that shouldn’t be the norm. Figure out what both of you need in order to feel loved and focus on those small areas.

With a lot of doom and gloom around, it’s easy for us to give in and think that humanity is lost. On a smaller scale, it could be doubting your own skills. Whether it’s on a world issue or personal issue, self-doubt is a sign of lower self-esteem around those circumstances.

In those situations, the best thing to be doing is asking yourself what can you do. You can outline the dangers and spread the word, but use that self-doubt to form a solution for the problem, even if it’s small in the grand scheme of things.

Hold the people you look up to and those around you with accountability. Don’t give them a free pass just because of past impressions. The people we choose to connect to influence us and we in turn influence them — whether that’s a small or large amount.

Often times, the things that we allow to tolerate say a lot about the kind of people that we are. I know this since there are still so many people defending Elon Musk after posting a tweet that was encouraging rape culture.

And while you’re holding people with more accountability, do the same for yourself.