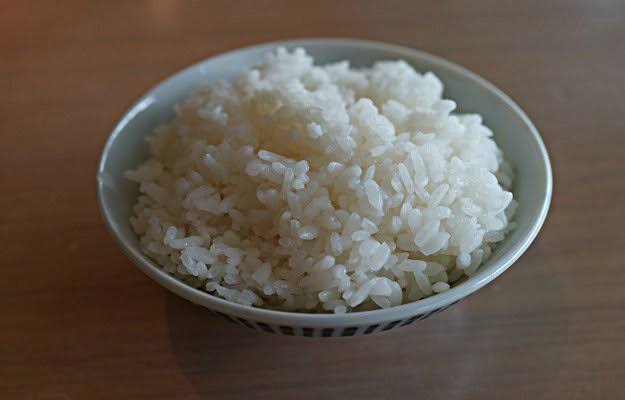 There’s a reason why rice is among the most commonly eaten grains all over the world. It’s super versatile, and can be adapted to complement a wide range of flavor profiles and dishes. Plus, there are many varieties to choose from; more than 120,000, if you want to get technical! Food&Wine reports that rice comprises a staggering one-fifth of the total calories consumed globally. But, is white rice healthy or not?

White rice, also known as enriched rice, is one of the most popular types. White rice is refined rice, meaning it has been milled to remove the outer husk, bran layers, and germ. Despite its prevalence, white rice tends to get a bad rap because of how it’s processed, especially as compared to its more nutritious whole grain cousin, brown rice. You may have heard white rice described as a “bad carb” or source of empty calories. However, is it worth skipping over it completely?

We spoke with Lauren Manaker, MS, RDN, LDN, CLEC, CPT, to get the scoop on what eating white rice really does to your body. Turns out, there are some surprising side effects—both good and not so good.

You’ll still get some healthy fiber and other nutrients

One of the reasons that white rice gets such a bad rap is that it’s often compared to its less-processed sibling, brown rice. And while white rice has half the fiber as brown rice, it can still provide fiber and other nutrients as part of a healthy meal.

In 100 grams of white rice, you’re getting almost one gram of fiber. This may not seem like much, especially because brown rice can have almost double, but it still provides you with a small portion.

You may have more energy

Looks like your Chipotle order won’t keep you overstuffed and feeling sluggish. If you add in white rice, that is.

“White rice is a source of carbohydrates, which is the main source of fuel for your body,” says Manaker. “Plus, many varieties of white rice, at least in the U.S., are fortified with B- vitamins that may help support energy levels as well.”

According to research published in the journal, Nutrients, all the B vitamins, with the exception of folate, are involved in at least one step (if not more) of the energy-production system within the cell. With that being said, it is essential to get a dose of each B vitamin for gaining energy. And, too little of it will limit your body’s energy production, which can potentially have a negative impact on your metabolic and general health.

You may have stronger bones

Turns out that consuming white rice may offer a major flex when it comes to bone health.

“We all know that calcium and vitamin D are important nutrients for bone health,” says Manaker. “But one unsung bone health hero nutrient, manganese, is found in white rice.”

You may increase your risk of type 2 diabetes

One large cohort study of over 39,000 men and over 157,000 women, published in the Archives of Internal Medicine, found that eating more than five servings of white rice a week led to an increased risk of type 2 diabetes. This same cohort study also found that eating more brown rice was associated with a potentially reduced risk of type 2 diabetes.

You may ingest arsenic

According to Manaker, arsenic is a trace element that, when consumed frequently and in large quantities, can lead to some unpleasant health outcomes.

“Arsenic has been found in rice, so when you consume this grain, you can be ingesting this element too,” she says.

Although white rice is lower in arsenic than brown rice, it’s still important to avoid consuming too much and to vary your grains. Research from Consumer Reports notes that options that are lower in arsenic and worth trying are amaranth, quinoa, bulgur, and farro. The same report also found that arsenic levels can vary based on where in the region your rice was grown. For example, sushi rice from the U.S. and white basmati rice from California, India, and Pakistan may contain less arsenic than other types of rice.

You may be more prone to developing metabolic syndrome

“While more data is needed, some studies suggest a link between white rice consumption and metabolic syndrome risk,” says Manaker.

“Metabolic syndrome is a cluster of conditions that occur together, increasing your risk of heart disease, stroke, and type 2 diabetes. The conditions include excess body fat around the waist, increased blood pressure, and abnormal cholesterol or triglyceride levels,” according to the Mayo Clinic.

Another study published in the Heart Asia journal suggested that those who consumed the most white rice were associated with a 30% higher risk of metabolic syndrome. Although not severe, it’s still significant enough. So if you’re at risk of any of these conditions, consider switching out the white rice for something else.

The bottom line: white rice is ok in moderation

After looking at the possible side effects of eating white rice, it’s safe to say that you don’t need to completely get rid of this carb in your life. White rice can be an easily accessible and affordable way to get a healthy dose of nutrients and energy in your day. However, it’s important to consume white rice in moderation and balance out your week with servings of whole grains, too.