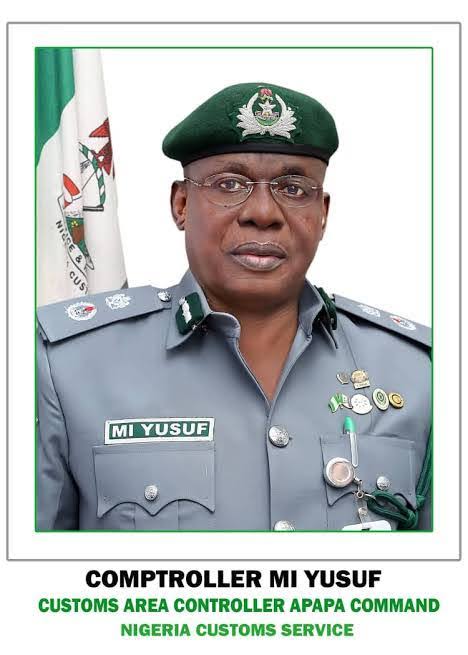 With the recent increase in Dollar exchange rate for the clearing of imported cargo by the Central Bank of Nigeria (CBN) there are indications that many importers now find it difficult to get money to clear their cargoes from the port.

Two months ago, the Nigeria Customs Service adjusted the official exchange rate for calculating import duties and levies from N409/$ to N422.3/$ resulting in a 3.25 percent increase in tariff payable by importers.

Speaking at a press conference in Apapa Lagos recently, the Customs Area Controller in charge of Apapa Command of the Nigeria Customs Service, Compt Yusuf Malanta said the exchange rate is telling on Nigerian importers.

READ ALSO: How Much Sugar Should You Eat in a Day? The Experts Explain

He said that due to the sudden increment, importers even find it difficult to obtain loan from the banks to clear their imported cargo, and that they are equally unable to effect the increased cost of clearance on the goods at the market.

He lamented that the rate at which cargo is being cleared from the port is slower now, compared to the previous ember months that has been witnessed.

“The exchange rate would increase my revenue because every drop of N1 to what we have before is an increment. However, the reverse is now on the cargo throughput.

“Some of the importers find it difficult because part of the cargo is already in the market, they have to sell before using the money to come and clear the present cargo, so you find out that the port is there, it’s ember month, the volume of trade is there, but the purchasing power is depleted.

Compt Malanta however debunked insinuations that there is cargo diversion to other countries due to the increment in exchange rate.

According to him “Nigeria is the biggest population in Africa and it is the central market, the issue of diversion of cargoes is not true, they won’t be able to consume it, we control 80percent of the cargo, from here we distribute to Chad, Cameroon and others apart from our own population.

“So, diversion is not possible because of our borders, for you to divert, it means you would pay duty at Cotonou Port and when you come in, you pay another duty, it is penny wise pounds foolish, so I don’t think there is anything like cargo diversion”