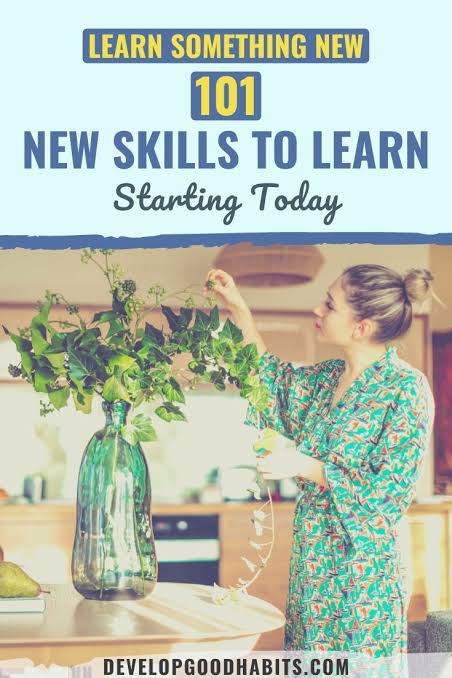 Separating the grown men from the lost boys.

When I was younger, all I wanted to be was a “real man”.

“Real men” were determined. They were built for adversity.

Most of all, “real men” were strong.

I always wanted to be strong. I hated feeling afraid.

I later learned that everything I thought I knew about masculinity and “growing up” was complete and utter bullshit that was projected onto me, but even after I learned this, the desire to be strong, determined, and built for adversity has stayed with me. Most of the decisions I’ve made in my life have been made to make myself the kind of man that I’ve always wanted to be.

Read also: 4 simple habits for a better self esteem

The kind of man I like to think the world needs. That’s my goal.

These 5 skills are the foundation of strength in a person, regardless of who you are.

Knowing how to control your own mind.

A man who is a slave to his primitive desires and urges is not a man, he’s a boy.

”He who cannot obey himself will be commanded. That is the nature of living creatures.” — Nietzsche

This quote might be a bit more intense than I’m going for, but it does lead you down some interesting thought tangents.

Either way, the point is simple: master your mind.

Mental mastery is the first step on the pathway to freedom of every kind.

How to have healthy relationships.

I don’t get crushes very often.

For whatever reason, I’m difficult to impress. I’m a little picky.

In the past, when I would finally crush on someone I would be so excited that I’d start acting like a lunatic. I was always all in way too quickly.

It was insecurity projecting itself on my relationships.

I wasn’t the guy who yelled at his girlfriend or was rude to her, I was the doormat type of guy because I was scared of being hurt. I worked on this, and I learned how to stand up for myself without becoming an asshole or acting like a doormat.

Both being overly aggressive and overly submissive in relationships is bad for your self-esteem, the stability of your relationships, and your happiness in your life.

Learn how to treat a woman (or man) right without treating yourself like crap.

“Respect is one of the greatest expressions of love.” — Miguel Angel Ruiz

How you learn stuff.

Doing Jiu-Jitsu changed my life, but maybe not in the way you might think.

Jiu-Jitsu didn’t make me a millionaire. Up until last year, I was paying out of my pocket to compete in tournaments, travel, and train at other academies. Depending on how you look at it, I have received very little ROI in my Jiu-Jitsu pursuit.

All Jiu-Jitsu did to me for years was break my body and take my money. I thought I was a crazy person for spending so much time obsessing over how I could get better at fighting people.

Then, I started writing. This changed everything.

What happened was that I unconsciously applied the same principles that I used in learning Jiu-Jitsu to learning writing.

I viewed myself as a writing “white belt”, and I forced myself to learn every aspect of the craft. I became a beginner again.

Jiu-Jitsu taught me how I can learn best, and now I apply that methodology to everything else I try to do.

Learning how to learn is the ultimate key to improving your confidence, your career prospects, and your personal life.

“If you know the way broadly you will see it in everything.” — Miyamoto Musashi

Read also: 5 principles that will help you live a better life

How to carry yourself properly.

Most young men seem arrogant. This is because they are unconfident.

I walked around like I owned every room because inside, I felt like a child in a man’s body. I didn’t feel like I owned anything except for maybe the pair of sneakers on my feet.

I was in great shape, I was winning Jiu-Jitsu tournaments all over the country at the highest levels I could, and I was young. It was supposed to be the prime of my life, but I wasted it by being anxious and insecure.

Learning how to carry myself confidently without coming across as arrogant was difficult for me, but I feel that in the last few years I’ve gotten a lot better at it.

Confidence will open doors for you. Arrogance will close them. Learn to tote the line.

“With realization of one’s own potential and self-confidence in one’s ability, one can build a better world.” — The Dalai Lama

How to develop non-destructive hobbies.

One thing that was hard for me when I was younger was that I thought that I had to be the best in the world at everything I did.

I thought that if I couldn’t be the best in the world at something, there was no point in doing it.

You can probably see the holes in this way of thinking, but for me, it was very difficult. I never thought about my own joy or happiness. I only thought about winning and getting results.

This did help me win a lot of martial arts tournaments and build my writing skills in the early days, but it also made it very hard for me to avoid burnout, build interpersonal relationships, and manage my mental health. That’s why in the last 6 months, I’ve been experimenting with “hobbies” again.

Recently, I picked up my guitar again for the first time in nearly 3 years.

I’m probably never going to be a professional guitarist, but playing the guitar is fun for me.

Hobbies are great. Non-destructive hobbies will make you better at your professional work.

“Today is life — the only life you are sure of. Make the most of today. Get interested in something. Shake yourself awake. Develop a hobby. Let the winds of enthusiasm sweep through you. Live today with gusto”― Dale Carnegie

Read also: 5 extraordinary habits that will make your life a success (must read)

Whether you’re a man, woman, puppy, or goldfish, the foundation of building strength does not change.

To me, strength is the ability to endure and transcend the human condition.

Strength is the ability and audacity to be yourself in a world that would prefer you to be nothing more than a cog in a machine or a piece of a system.

Strength is the foundation of self-transcendence.

Join our group on Telegram HERE