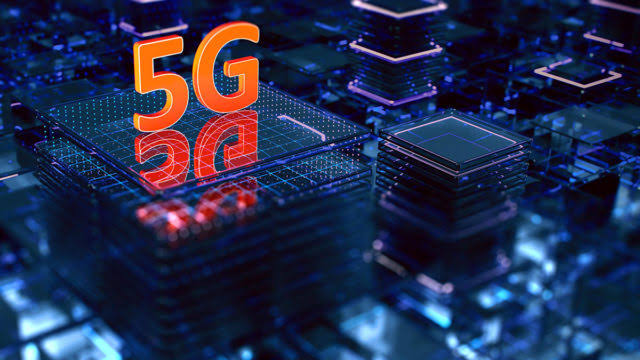 81 Communities in Lagos That are Now on 5G

Smarting from the commercial launch and flag off of the fifth Generation, 5G network evolution by MTN Nigeria, at the weekend, Vanguard can authoritatively reveal that about 81 Lagos communities can now conveniently access 5G services in their neighbourhood.

These communities, can now perform remote surgical operations, operate smart vehicle, do seamless virtual meeting and generally operate smart city projects if they deploy other services that can leverage on the immersive capabilities of 5G.

Most of the communities span across Mainland, Lagos Island, Ikoyi, Lekki, Ajah among others. MTN say they can now hook on to new services that can transform industries with ultra-reliable, available, low-latency links like remote control of critical infrastructure, vehicles, and medical procedures.

According to the source, “these communities are lucky to be the first to move up the ladder. 5G has increased capacity of up to 100 times faster than 4G, meaning faster connectivity. It has low latency and greater bandwidth.

“This real time capacity is why it can be deployed for e-health, connected vehicles and traffic systems, smart home appliances, advanced mobile cloud gaming, workplace safety among others” he said.

However, a peep into the list shows that cities like Festac, Satellite Town and environs, down the Badagry axis are not covered. Communities in Apapa, Ajegunle, Ikorodu, Epe and others are not also covered while remote communities like Mushin, Oke ira nla, Magboro, Ajao Estate are well on the 5G coverage now. Although MTN did not explain the coverage methodology that excluded these areas, the source however boasted that the company’s plans of covering the six geo-political zones of the country on 5G has the speed of light; meaning that those communities not covered at the moment, will in the shortest possible time be covered.

MTN Nigeria on Sunday commenced commercial 5G launch in Lagos, with a promise to kick off national launch in Abuja soonest.

Chief Executive Officer, MTN, Karl Toriola who made the promise, after experimenting capabilities of the network to the public in Lagos yesterday, said his company has switched on the network in six geo-political zones with about 223 sites which are being accelerated very fast.

MTN is targeting about seven Nigerian cities for a start, including Lagos, Port Harcourt, Ibadan, Abuja, Maiduguri, Kano and Owerri.

He promised that the same vigour MTN deployed services in second, third and fourth generation networks is what will be applied in the 5G technology to make it massively accessible to majority of users particularly in major urban cities in the coming weeks and months.

Toriola said although the company was going to make decisive investments in the roll out of 5G in Nigeria, 4G is still the company’s bread and butter and investments, deployments for both networks would be done simultaneously.

He lamented the challenges of getting the foreign exchange to import necessary facilities to fast track deployment of networks including 5G, but noted that as a Nigerian company, persevering to surmount the challenges is part of the prices to pay to get the country back on the right economic footing.

Also the Chief Marketing Officer, Adia Sowho while presenting the capabilities of 5G said that the network will not only help MTN to connect, create, collaborate, and compete in ways never imagined, it will also help users realise full potentials of the internet revolution and enjoy communication and interactions spectacularly.

She said: “Every major technological evolution redefines what is possible – changing the way we live and the way we connect. If 4G helped you to communicate with people, 5G will help you feel them closer. The possibilities of 5G are in such a way we have not even begun to imagine”

Earlier the Executive Vice Chairman of the Nigerian Communications Commission, NCC Prof Umar Danbatta commended MTN for its pioneering role in the 5G deployment in Nigeria, promising that the commission will continue to provide enabling environment for businesses like MTN which correctly interprets government policies of engendering growth in different sectors.

Danbatta said the leadership of President Muhammadu Buhari, the efforts of Minister of Communications and Digital Economy, Prof Isa Pantami and the regulatory prowess of the NCC gave rise to the feat MTN has achieved in being the first to deploy 5G in Nigeria

He however promised that the commission will monitor the efficiency of MTN’s 5G activities and will not fail to caution, where the right practices are being derailed.

MTN and another telco MAFAB communications won the license to deploy 5G in Nigeria in December 2021 and were given August 24th deadline to deploy services. MTN switched on test services on the deadline and yesterday launched Commercial services in Lagos

READ ALSO: How To Create a Life Full of Abundance

The 5G spectrum holds a promising future for technology in Nigeria, and is projected to contribute $2.2 trillion to the global economy by 2034, according to a 2020 GSMA Intelligence report titled “The Mobile Economy”.

It is the 5th generation of cellular network technology designed to offer faster speeds per user and can easily handle more connections.