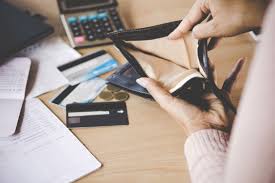 Nigerian banks generated a total sum of N70.47 billion in revenue from account maintenance charges in the first half of the year, a 19.4% increase from N59.01 billion generated in the corresponding period of 2021.

This is according to data extracted from the quarterly financial statements of listed commercial banks in the Nigerian stock market. The top earners were the top tier-1 banks, typically referred to as FUGAZ (First Bank, UBA, GTCO, Access, and Zenith Bank). They led the list of banks in Nigeria with the highest income from current account maintenance in the period under review.

According to the Central Bank of Nigeria, the account maintenance fee is charged on current accounts only in respect of customer-induced debit transactions to third parties and debit transfers/lodgements to the customer’s account in another bank.

Banks’ earnings from account maintenance charges, though low when compared to other revenue streams, make up a significant portion of their non-interest income. According to the directive by the CBN on bank charges, Nigerian banks are allowed to charge their customers a “negotiable” N1 per mille.

What this means is that banks can charge N1 per N1000 debit transactions on current accounts. Banks’ account maintenance charges come in the form of COT (i.e. Commission on Turnover) which is a charge levied on customer withdrawals by their banks.The thirteen banks listed on the NGX posted a profit after tax of N500.9 billion in the first half of the year, an increase of 13% from the N443.17 billion recorded in H1 2021. This is on track to hit the N1 trillion record profit posted by the banks in the 2021 full year.

Below is a ranking of Nigerian commercial banks based on their account maintenance earnings in the first quarter of 2022.

United Bank for Africa came fifth on the list with N6.59 billion in revenue from account maintenance, which is 21.5% higher than N5.43 billion recorded in the corresponding period of 2021.

The pan UBA’s account maintenance income accounted for 9.4% of the total N70.47 billion recorded by the 13 banks under consideration. In terms of the bottom line, UBA grew its profit after tax by 16.1% year-on-year to N70.33 billion in the review period.

READ ALSO: 13 Financial Myths Keeping You Poor ( I bet you, this post will surprise you!)

GT Bank generated a sum of N9.44 billion from account maintenance income between January and June 2022. This represents a 20.9% increase compared to N7.8 billion recorded in the corresponding period of 2021, accounting for 13.4% of the total banks’ inflow.

However, its net profit dropped by 2.3% compared to N79.4 billion recorded as of the same period in the previous year to stand at N77.56 billion.

Access Bank, the largest financial institution in the country by customer base and total asset value, with a total asset of N13.2 trillion, recorded a 10.9% year-on-year increase in its account maintenance income in H1 2022 to stand at N12.04 billion from N10.86 billion.

Similarly, the tier-1 giant printed a year-on-year 5% increase in its profit after tax to N111.4 billion compared to N106.1 billion recorded in the corresponding period of 2021. In comparison to other listed banks, Zenith Bank recorded the highest net profit, representing 22% of the total N501.1 billion recorded by the industry in the period under review.