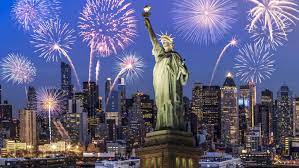 REVEALED! Richest city on the planet with 59 billionaires, 345,600 millionaires

New York has been named the wealthiest city on the planet, boasting 59 billionaires and 345,600 millionaires, including 737 people with a net worth of more than $100 million.

That’s according to a new report ranking the 20 richest cities in the world from consultancy Henley & Partners, which advises the ultra-wealthy on citizenship and residency issues.

READ ALSO: The slave that became a multimillionaire

London ranked fourth in the world, with 272,400 millionaires and 38 billionaires, and was joined by four cities in continental Europe, including Paris, Frankfurt, and two Swiss cantons.

Regionally, Asia-Pacific had eight cities in the top 20, including Tokyo in second place and Singapore in fifth.

Mainland China’s Beijing and Shanghai were joined by Hong Kong, and also making the list were Seoul and Australia’s Sydney and Melbourne.

One Habit To Change Your Life ( This is a Wow)

4 WAYS TO BECOME WEALTHY ( Study this)