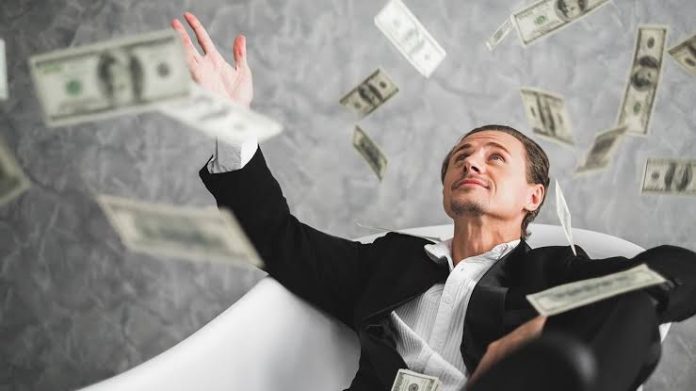 What the wealthy do to increase their income with ease

Ever since the beginning of time, people have been trying to figure out how to build wealth. For some people, it’s a simple matter of pride. For others, they acknowledge the inherent power and possibility of having more money and resources at their disposal. Wealth is also a social indicator of notoriety, prowess, and the ability to provide a service or help to people around you at large.

No matter your intention, you probably wouldn’t be mad at becoming a wealthier person. And while there’s no one way to wealth, and it can be built in an almost infinite number of ways, here are a few things I’ve noted from the wealthiest and most successful people in our society today, how they make money and what they do with it:

1 | They’re smart with their normal income

Before wealthy people become wealthy, they tend to be very smart with the money that they are making. Whether that’s the money that they’re making from burgers at McDonald’s or a $100K/year salary from their firms, they make good decisions about where that money’s going to go. Usually, they use it in a way that helps them leverage for their next big opportunity.

2 | They leverage what they already own

This won’t be a shocker to anyone, but a lot of wealthy people make money off of investments. They put their money somewhere where it can give them a lot of return, and do so when they have enough set aside to where if the investment goes bad, they’ll still be okay.

This could involve simple investments through a brokerage, or through real estate investment. They might be setting aside money for starting a business, or for investing in something a friend is doing. No matter the method, they make a special effort to take their current assets and put them into something that could grow their wealth in the future — oftentimes in both short and long-term ways.

People who build wealth through businesses tend to be incredible at one thing — creating worthwhile experiences for other people. Every good business is offering something to its customers. This could be through a luxury tent business so that parents can host fun birthday parties for their kids or take their family on a fun campout; or can be through a store like Target, which targets just about everyone with their variety of products.

Whether it’s a shopping or adventure-type experience, good business owners know how to find or create a need, and then holistically provide for it with their experience. They offer fun, fulfillment, or good products to people — and make a big buck doing it.

4 | They take risks when reasonable for them

They don’t listen to what other people say is possible, they determine what they’re willing to try and go for it. So many wealthy people make their money from big risks. Whether this is through investments or the starting of businesses, these people take reasonable risks after considering their means and often reap the reward.

There are countless wealthy individuals in the world who got to where they are now by taking a risk. This is also how so many genius inventions were created back in the day, like the telephone and the lightbulb. These people did what no one thought was possible, and became legendary and wealthy in the process from their decisions to step outside the norms.

5 | They sell the value that they create

I read one story through this Buzzfeed article that talked about how a guy charged a lot of money for his programming services and then used that money to invest in real estate. He sold his services for a lot of money because they were creating a lot of value, and then he made a smart decision with that money that allowed for more income in the future.

Wealthy people are also notorious for creating value that people didn’t know they needed. The geniuses behind all of our social media apps didn’t just create the apps, they created the very notion that we needed them — which is where their wealth really came from. They saw an unrecognized and unmet need, and they jumped on it.

Similar to creating meaningful experiences, wealthy people meet needs. Whether that’s through public speaking, being a YouTube sensation, or creating a business, they find a need, and they meet it. I think of YouTubers who’ve become popular since the rise of digital viewerships and social media, and how they meet a need for knowledge for their subscribers. There’s also the funnier side of the internet, where people meet the need for entertainment.

There are also people who make money from books about things we didn’t even know we needed to know about, or who speak on topics they’ve created or on lessons that they’ve discovered. Wealthy people, through various means, make money from serving people something we didn’t even know we had a taste for — and once we taste it, we can’t get enough of it, fueling the economy for that need.

7 | They live within their means

The final point I’d like to make about wealthy people and how they make money is that the most successful and wealthy people live within their means. It’s important to remember that even billionaires can go bankrupt if they make enough poor decisions in a row. But true wealthy people who have worked hard for what they have know they have to work hard to keep it going, too. They continue to make wise decisions with the money that they make and the wealth they create.

They live within their means, never overextending themselves too far beyond the limits of their very large bank accounts. Because of this, they always have enough to still invest, live happily off of, and pour into things like trips, charities, and loved ones as they see fit.

Not everyone wants to be a billionaire, and neither do I. But I hope that no matter your financial goals or current financial status, this was helpful to you. Wealth is more of a mindset than a number, and anyone can create it if they make smart decisions. Happiness is never about how many zeroes come after your income or your savings account balance, but about how you spend the resources that you have, how you hold close to the people you love, and the beauty of the life that you create. I wish you the best of luck.