Home SUCCESS SECRETS If You Want To Attract Money, You Need to Understand Its Energy...
Facebook
Twitter
WhatsApp
Telegram 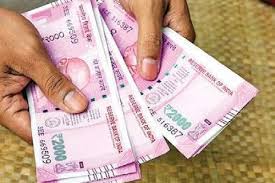 Then, it starts to flow to you naturally

Photo by Katie Harp on Unsplash
What if I told you that not everyone has trouble with money? What I mean is, not everyone complains about not having enough, or craving more of it.

Why is that? They happen to align their energy with money’s.

Money has been one of the most taboo topics to discuss in modern society for some time now. It used to be spoken about by our ancestors back when wealth determined someone’s worth and value to society. It still does, but today, it’s controversial to speak about it to your friend, or your next door neighbor.

Today, money is the most private matter of all. Just like talking about sex, it is a topic that is best not mentioned about at all. But like sex, which forms an integral part of life, money is seen as this obscure topic that should not be spoken about.

Why do we privatize matters that form an essential part of who we are as a human species?

Fear, perhaps. Sex, and money, have been at the forefront of much of humanity’s actions since it first came into existence. Their energy is one that is overwhelming, so even talking about it places us into a trance that we’re eager to escape.

Starting from a child

Our attitude towards life, and in turn money, are formed as a child. We grow up perceiving money the same way our parents, and grandparents did. If they feared it, so will we. If they welcomed it into their life, we will anticipate it just as much.

Our subconscious mind, or inner child, determines the relationship we have with money today, for we first established our relationship with it when we were children.

As we grow into adults and lead our own lives, we realize that our attitude towards money may not be the same as our parents’. We start to think for ourselves and how we’d actually like our relationship with money to be. So we have a talk with our inner child, and tell him/her to tell us why it is he/she feels about money the way they do.

We learn that it’s due to pre-conceived thoughts about money — thoughts of lack, insufficiency, and simply never having enough. With that comes the notion that you must work your hardest to achieve your daily bread, and survival mode is the only way to meet your daily needs.

This changes when we enter the real world and see the enormous gap between people who have “magically” become millionaires, and those who are stuck in a financial hole, unable to breath a second without worrying.

Why is this? What differentiates person A from person B in their finances? Well, person A realizes that money is energy that one can attract, and person B views money for its physical status which needs to be chased in the classic hunter-gatherer method.

At its core, money is just energy. To go even deeper than that, it is a part of our universal consciousness, and yes, as much as we’d hate to admit, a part of who we are.

If I begin to see money as something that is a part of me, rather than external to me, I will be able to attract and control it.

I don’t like the word “control” but it serves my point here. Money becomes attainable once we view it as an extension of our energy.

Energies can be positive or negative. Money does not belong to a specific one, so it will be attracted to each depending on its level of intensity. If we resent money to the point of no return, then money will resent us back, and will not come to us.

If, on the other hand, we appreciate money and thank it, it will want to befriend us in turn, and it will come to us even when we least expect it. Why? Because we are welcoming it.

Money Has A Purpose

When we don’t have enough money, we will view it as only able to do evil. So once we do get our hands on it, we won’t be able to spend it as easily, fearing we won’t have it in the future.

Since money is energy, we should remind ourselves that it’s normal for it to come and go. Energy cannot remain constrained in one place. So the fact that we are giving and receiving it is the epitome of how money works.

If we hesitate spending it, then we are really doubting our ability to earn that money back. We subconsciously doubt our creativity, productivity and problem-solving skills, which exist separate to money.

Money Wants to Reach You, Are You Accepting It?

As hard as it may be to accept, money wants to befriend us. It wants to give us everything we seek to attract, but only if we want to attract it in the first place.

If we treat it with fear, and constantly beg for it to appear in front of us, we are giving it the impression that we’re scared of it, or that it is of a higher level than us. Really, it is a part of us that seeks our own confidence to welcome it with open arms.

Not having enough of money now does not mean you won’t have it tomorrow. So being in fear only instills within us the reality we experience, that of not having enough.

This is the exact opposite of having an abundance mindset, where we know that by giving, we are automatically receiving back, and we’re never truly in lack of anything.

If we spend money on something that does us good, we are completing our wish, and indirectly, that money’s wish for us. Nothing is preventing it from coming back to us to repeat the cycle, if only we allow it to do so.

Receiving the Energy with No Obstacles

We grow up thinking about money the way the people around us think of it. Instead of viewing money as energy that is our birthright, we view it as some sort of external force that we need to conquer or own.

When we start to see money as a vital part of who we are, stop treating is as the “other” or an enemy force whose energy is overwhelming to us, then money will reciprocate those feelings to us.

The actual relationship with money does not start with our business or our daily transactions in the physical world, but internally where we get to establish our relationship from the start. A relationship that is best on trust and communication, just as the ones we maintain with people, and other objects sometimes.

And so, when we know that money isn’t our dollar bills, pennies, check books or credit cards, but rather a medium of energy that we can attract or repel according to the energy we vibrate towards it, then money smiles at us and says: I knew you’d eventually want to be friends