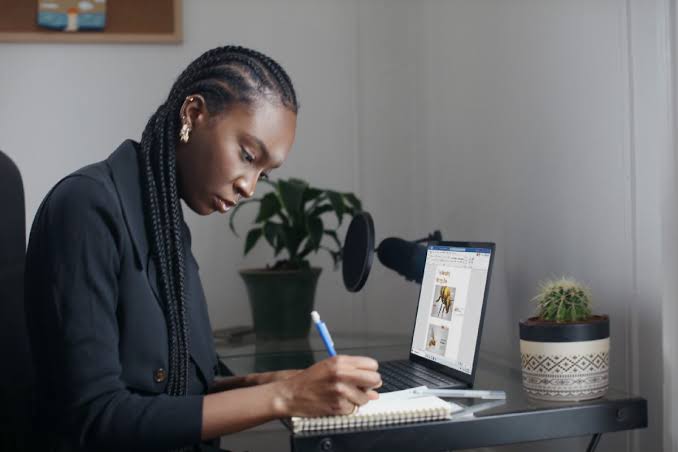 They’re slowing you down. Here’s what you can do instead.

Imagine the following: You’re finishing a fairly peaceful workday. Your stress levels have been minimal and you’ve been able to focus on the most important tasks.

You got everything done, you’re satisfied with your performance, and you’re finishing work on time instead of working long hours.

You’re working on just a few tasks per day. You never have more than 3–5 items on your to-do list. But if done properly, these few tasks move the boat forward and help you achieve your goals while living a fulfilled and balanced life.

Sounds too good to be true, right?

Isn’t it crazy that we find it weird to be relaxed and focused instead of rushed and stressed?

The truth is, getting lots of stuff done has never been easier, but it has also never been more challenging.

Most people know exactly what they’d need to do to be more effective, but they lack the discipline to follow through.

We all have enough time to do the things we said we’d do. The problem is that we’re wasting our resources on the wrong tasks, activities, and people.

In the end, your life is a reflection of your choices. When you cut down the noise and focus on the things that a) move you forward and b) bring you joy, you’ll suddenly experience a simpler and richer life.

“Most people have no clue what they are doing with their time but still complain that they don’t have enough.”

Read also: The 7 habits of the most fearlessly independent people

Being ambitious is cool, but being too ambitious can be harmful instead of beneficial.

If you constantly try to operate at 100% of your capacity and never leave room for interruptions or mistakes, you’ll feel stressed, exhausted, and probably even burned out.

Even though we can significantly improve our mental and physical performance, there are limitations to what we can get done in a single day.

If you try to be productive all the time, you’ll likely end up feeling more stressed and being less effective. That’s because we all face interruptions and distractions, even when we try to eliminate most of them.

Instead of expecting yourself to perform all the time, allow yourself to take breaks and make time for interruptions.

Don’t time-block your calendar by filling every spare second. Be flexible and realistic. Your worth isn’t defined by your busyness and a full calendar is not a sign of success.

In the end, you’re a human being, no matter how many productivity tools you use.

Expecting yourself to perform at 100% all the time will just make you less effective and more prone to mistakes.

Don’t fill each minute of your calendar with appointments and tasks.

Schedule at least 30–60 minutes per day for unexpected interruptions. Even if you don’t experience any interruptions, it’s better to have more time instead of less.

“Don’t underestimate the value of Doing Nothing, of just going along, listening to all the things you can’t hear, and not bothering.”

Being in motion ≠ taking action

One of the problems we face today is that we have too many opportunities and choices.

In a world where you can be anything, most people struggle to be something because they’re afraid of missing out on the better alternative.

As a result, many people find themselves being in motion all the time without ever taking real action.

They start lots of projects but barely finish any.

They have lots of ideas but struggle to follow through.

They’re good in many areas but struggle to be great because of a lack of focus.

“Whether it’s writing an article or building a feature in software, the work of finishing is both the most important and the least interesting.”

I see so many people who deceive themselves by constantly being in motion without taking real action.

They’re so afraid of missing out that they always try to be up to date on everything.

They want to give everything a try and be in the front row whenever something new’s happening.

What might sound like an exciting life eventually holds them back from doing what they said they’d do and achieving their goals.

Being in motion is easy. Taking consistent action towards specific goals isn’t.

If you want to be more effective and stop wasting your time and energy, ask yourself how often you’re in motion without really moving forward.

Good ideas are good, but sticking to the rules is better

The easiest way to waste lots of time is by always trying to reinvent the wheel instead of relying on the experiences of those ahead of you.

Sure, you want to be unique, do something special, and add your own touch to the work you do, but that’s all not good reasons to be ineffective and slow.

If you want to build a writing business, follow the rules of those who’ve already done it. Once you’ve figured out the basics and learned how to write well, you can experiment, discover your own voice, and do things differently.

If you want to become a pro tennis player, you might want to learn from those who already mastered it. Once you’ve reached a certain level of expertise, you can try things nobody has done before.

The same is true for pretty much anything. You can save lots of time in life by relying on the experiences and expertise of those who’re ahead of you.

There’s no point in trying to reinvent the wheel without first mastering the basics.

Quite often, good is good enough and perfectionism just holds you back from moving forward.

Whenever you’re starting a new project or working on a new task, ask yourself if there are templates and guidelines you could follow. Ideally, you’ll even have a mentor or coach who guides you.

You don’t need to figure everything out on your own.

The internet is full of (free) advice and lots of people could teach you how they did something, so you can save time, energy, and probably even money.

Never give up is one of the most controversial life lessons.

It’s true that most “successful” people, no matter if it’s entrepreneurs, athletes, artists, or authors, face multiple failures until they succeed.

Being disciplined and resilient certainly helps to get what you want.

But on the other side, giving up on time can help to save lots of time when something’s just not meant to be yours.

Sometimes, we know that a project or relationship won’t work, but we still keep trying. We’re hoping for the best, but deep inside, we’re assuming the worst.

In those cases, giving up on time can be a superpower instead of a weakness.

Being consistent and disciplined is good, but so is being reflective and honest.

Too often, we fail to be effective because of the sunk cost fallacy. We invest more and more into something even though we assume that it’s going to fail.

We don’t want to accept the failure, so we choose to lose even more.

Giving up or accepting that your project was a failure isn’t easy, but admitting it early on is certainly more effective.

Attitude is the key to kingdom

Most people expect their lives to be hard, which eventually makes their lives harder than it needs to be.

A negative and toxic attitude slows you down, harms your relationships, and puts you in a downward spiral of negativity.

The problem is that looking at the bright side is hard, even if we know that it’s beneficial.

That’s because your brain isn’t interested in your happiness.

From an evolutionary perspective, the main goal of your brain is to protect you from danger and keep you alive.

Thousands of years ago, being skeptical and careful was important because a single wrong move could lead to your death.

Today, most of our decisions and fears aren’t about survival but about comfort.

In a world where negative news are highly profitable, having a positive attitude is the key to kingdom.

Instead of expecting your life to be hard and miserable, start expecting it to be great. In the worst case, you’ll sometimes be disappointed.

But the truth is shit happens to all of us anyway, so you can only win.

My favorite way to wire my brain for positivity is through writing down affirmations.

Every morning, I write down 10–15 affirmations that empower me and help me focus on the bright side of life.

The moment I skip a few days of my morning routine, I immediately feel how my mood drops.

Don’t expect mindset work to be quick and easy. Think of it like brushing your teeth: Only consistency will help.

Prime your mind to see the good side and your life will be so much easier and more joyful.

Read also: 6 best habits to develop if you want to be successful

So many people believe they are productive while all they do is rushing through busy calendars without being effective.

Many of them believe working more would lead to success. The truth, however, is the contrary.

Working a lot won’t necessarily take you anywhere. In a world with infinite choices and lots of alternatives, success isn’t about busyness but about effectiveness.