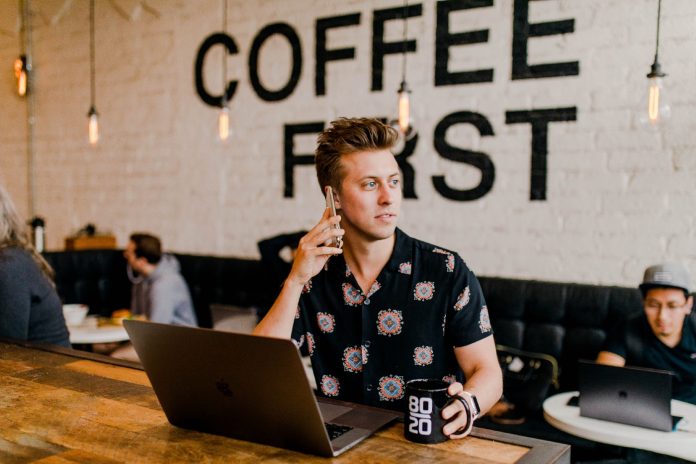 Photo by Norbert Kundrak on Unsplash
Since I started my attempt at making money online alongside my studies, I’ve studied quite a few successful online entrepreneurs running YouTube channels, online agencies, Instagram businesses, blogs, or other online businesses.

I have found that the things they do are actually not that complicated. I think a lot of people could do what they did. These guys are not smarter nor do they work harder than we do.

They just think differently than most people.

I identified the following mindsets that I believe are critical to becoming rich.

Unfortunately, hard work does usually not equal a great financial reward. Much more important than how hard we work is what we work on.

As a waiter or construction worker, you can work as hard as you want. Your hard work will not make you wealthy. If you are lucky, you might get a raise, but that’s it.

On the other hand, many successful entrepreneurs work much less than 40 hours a week and still make millions a year.

What distinguishes the waiter and the online entrepreneur is leverage. The waiter trades his time for money. He has no leverage.

The entrepreneur, however, has a ton of leverage. He has employees who work for him and bring him a profit, he has an online reach with which he can reach a lot of people and thus sell products to many people with little effort. He has probably also put money into investments that bring him additional money.

In this article, I have gone into more detail about the different forms of leverage that enable income explosion.

I Studied Young Millionaires: This Is What Makes Them Rich

What we can learn from them for our wealth accumulation

2. Money Is Not Evil

Oftentimes, rich people are portrayed as stingy and evil. Think of Scrooge McDuck or Mr. Krabs from Spongebob.
That’s why many think that you have to take something from others to become wealthy.

This is of course nonsense. Money is merely a store of value. So to earn money you have to create value. After all, people give you the money voluntarily, because your service in return is worth more to them than the money.

Therefore, money is not evil, but merely a measure of the value you have created.
Find a way to provide a lot of value to many people and you will earn a lot of money.

Alongside the perception that rich people are bad people, there is also the lie that money does not make people happy.

This is false. I think saying so is merely a welcome coping mechanism for people who are not wealthy.

Money brings freedom, opportunities, and less stress. Of course, these things make people happy. This was shown in a study that I analyzed in this article.

The Biggest Lie About Money

I have been told garbage all my life

On the internet, you see many young people who managed to get rich at a young age and now live a life most of us can only dream of.
That should show you that it is possible. They are made of flesh and blood just like you.

Believing that something is possible can work wonders, as this mindblowing story shows:

Until one day Roger Bannister finally broke the magic barrier.

After Bannister finally broke the barrier, suddenly many other runners managed to do the same. It seems like the barrier was only in their head.

This psychological phenomenon is therefore known as the Roger Bannister effect.

5. Money Is Abundant. Time Is Scarce

The really scarce resource, however, is time. Our time on this planet is limited.

When you realize this, like many wealthy people, you will be determined to find a way to decouple your income from your working hours.

The best way to do this, as explained earlier, is with a lot of leverage.

6. You Have To Risk It For The Biscuit

The biggest risk is not taking any risk — Mark Zuckerberg

I think this quote says it all. If you want a great financial reward, you usually have to take some risks.