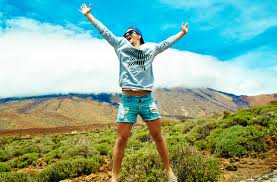 Though rules restrict your downside in a vulnerable time, they also limit your upside by curbing your creative space

Don’t do this, do that, come home by 7 pm, no TV on weekdays, 30 minutes of reading every day, no dirty dishes in the sink, etc.— my parents had all kinds of rules for me.

Even now, as an adult, I often follow rules I have no control over.

It’s like a force inside me is telling me that if I don’t follow them, something bad will happen.

But what if breaking some rules once in a while could lead to a better life? What if we could find more happiness and success by bending or breaking the so-called “rules”?

A few days ago, I wrote an article about rules you shouldn’t break for anyone/anything.

5 Life Rules You Should Not Break For Anyone/Anything

No, not all rules are meant to be broken

It made me think otherwise, and here we are with a counter.

Read also: 5 life rules you should not break for anyone/anything

Almost every parent has this rule for their kids. And it’s justified.

I, too, followed it religiously — until one day, when I met a man who changed my perspective. His name was Mr. Patel, who had just moved in next door.

One day, he came over to introduce himself when I was out playing in the front yard. We talked for a while, and I told him about my favorite toy, my best friend at school, and what I wanted to be when I grew up.

I don’t know why, but I felt I could trust him. When it was time for dinner, my mom called me inside. When I told her all about my new friend, she was surprised.

But she was also happy that I sparked a conversation despite being an introvert. She then encouraged me to do it more often.

From that day on, I started talking to more and more people (in a safe environment), and I found that the world was full of kind, interesting people — many of whom were strangers.

I still talk to strangers whenever I can — in supermarkets, grocery stores, public transits, etc., and I’m grateful that my parents taught me not to be afraid of them.

This reminds me of a line from the book “Talking to Strangers: What We Should Know About the People We Don’t Know” by Malcolm Gladwell:

“The right way to talk to strangers is with caution and humility.”

Sometimes, the best conversations and experiences come from talking to someone you just met.

2. Get a Conventional Career

For a long time, I bought into the lie that there was only one path to success.

I believed that if I wanted to be successful, I had to get a good education, get a job in a stable company, and work my way up the corporate ladder.

But what happens if that’s not what you want? What if you want to be an artist, a musician, or a writer?

Fortunately, I realized that there are many paths to success, and not all of them involve working in an office.

If you want to be successful, do what you love, and don’t let anyone tell you that you’re not going the “right” way.

3. Don’t Do Anything Without Planning

I used to be a huge planner.

I would plan out my day, my week, my month, and even my year. But I wouldn’t accomplish half of those things.

The best things in life are spontaneous. Trusting your instincts makes your life adventurous.

Sometimes, it’s worth just going for it without overthinking things.

Life is never planned, no matter how in control you are. Say “yes” and figure it out later.

So now, I try to live more in the moment. Life is much more exciting when you don’t plan everything out.

4. Wait For The Perfect Moment

A perfect moment doesn’t exist. You create one.

I wanted to ask this girl out on a date in high school. But I was so nervous that I didn’t do it until months later — and by then, she was already dating someone else.

I realized that I could have had a chance with her if I had just gone for it.

But because I was waiting for the “perfect moment,” I missed my opportunity.

If you want to do something, chances are you should go ahead and do it. Of course, there are some exceptions (like if you’re about to rob a bank), but if you’re waiting for the perfect moment, you’re probably just wasting time.

So if you’ve wanted to do something but keep putting it off, ask yourself if you’re waiting for the perfect moment. Chances are, there is no ideal moment — so you might as well go for it!

5. You Shouldn’t Stay Up Late

As a kid, I was always told to go to bed early to get a good night’s sleep.

And for the most part, I followed that rule — until I became a teenager.

Once I hit my teenage years, I started staying up later and later, despite my parents’ best efforts to get me to bed.

I started staying up to watch late-night TV, chat with friends online, and generally stay up as late as possible.

Of course, this meant I was often tired during the day, but I didn’t care.

I thought being a teenager meant staying up late, and I wouldn’t miss out on anything.

I still stay up late sometimes, but I’ve learned to balance it with getting a good night’s sleep.

I know that if I don’t get enough sleep, I’ll be tired and grumpy the next day, so I try to get to bed at a reasonable hour.

Just ensure you don’t make a habit of it!

Who said junk is bad?

It’s a no-brainer that junk food is loaded with sugar, fat, and calories — and eating too much of it can lead to weight gain, diabetes, and other health problems.

But here’s the thing: life is all about balance.

You can enjoy the occasional burger or slice of pizza without ruining your health. Having a cupcake once a month won’t hurt you much.

In fact, studies have shown that indulging in your favorite foods can make you happier.

So go ahead and indulge yourself every once in a while!

Be sure to eat plenty of fruits, vegetables, and other healthy foods.

This is another rule that I was raised with. And while it’s a great sentiment, it’s not always realistic.

I dreamed of being a paleontologist when I was younger. I read Dinosaur books. Movies weren’t a thing then. But as I got older, I realized I wasn’t passionate about dinosaurs.

I liked to do it, but it wasn’t my dream.

So I decided to pursue other interests, and I’m happier for it.

Don’t get me wrong — following your dreams is important. But if you’re not passionate about them, it’s okay to let them go.