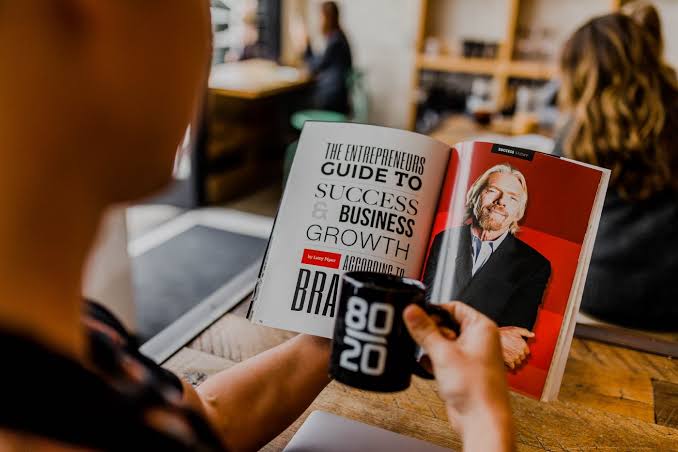 Watch what rich people do, not what they say

The world is divided into two. There is the rich and the poor. The rich are those who have money work for them. The poor are those who work for money.

The picture of the poor in the eyes of many is the beggar by the street who can’t afford anything. But that is the extreme case of poverty. If you trade your time for money in the bid to afford the good things of life, you are not among the rich.

The middle-class is a category designed to soothe poor people who are hardworking. It is possible to join the rich from being in the middle-class. But it is quite rare. Remember, the true definition of the rich is someone who doesn’t work for money but money works for him. And of course, they make plenty of money.

You can work to have fulfilment. And everybody needs that. But if your primary motivation for work is the pay then, you are definitely still in the game of the poor. The key is to think differently about work, life, and money.

Our society glorifies rich people. They often get turned into thought leaders of some sort. Yes, it is true they might have some wisdom, but they often mislead the public. They give advice that they don’t follow or won’t follow.

If you want to be rich, don’t do what rich people say. Instead, watch what they do. Study their life stories. Look for the moments they made a big leap and see what they did and how they did it. This will tell you about the actual steps.

Read also: 20 life lessons you must learn to succeed

There are lots of advice rich people give that they don’t take or they never took. Here are 7 of them:

The rich don’t save money. The reason they will tell you is that they have a lot of money so they don’t have to save. But that is not the real reason. The real reason is that saving money is not a smart financial decision.

Currently in Germany (as an example), you pay the bank to keep your money in it. They don’t pay you any interest. In other places, the interest is so low and the value of your money is depreciating way faster. So by the time you get back your money, it can do way less than what it can before you saved it.

The rich don’t save money. The rich invest money. They buy assets and investments. The only benefit of saving is the self-discipline it teaches. Be smart.

This sounds smart but it is just as bad as the advice to save money. When things are tough, the conventional advice is to reduce spending. There is only one problem. If you reduce spending, everybody will believe that you are now going broke. And that leads to another problem.

Business people become scared to do business with you. Nobody wants to jump on the same wagon with someone who is going down. Negotiating deals becomes unnecessarily difficult. They won’t expressly tell you why they are hesitant.

But if you throw an extravagant party or demonstrate wealth in some form, they flock to you with deals. This is the way of the wealthy. Only poor people cut down spending.

I have always thought about the reason wealthy people throw crazy expensive parties. It is not for anything but to show their strong hand in business negotiation.

Rich people use the money to make money. And where do you think they get the initial money they start with? From a job? Far from it! They get it from a loan. They get into debt.

The difference is that poor people use debts to purchase liabilities. And liability is something that doesn’t make money and depreciates with time.

The higher number of super-rich people in the world are people who flunked school. Of course, they all had some form of schooling but they knew when to quit school. Those who keep going to school after school never break into the wealthy circles.

There are some schools where people go to for the association. But the majority of people keep learning and always afraid to turn the knowledge into something tangible in the real world. And best of all, there is no school like the real world.

In life, the experience is king. What you know by books is different from what you know by your experience. The real advice is to get in the real world and make mistakes. If you can read, write, speak and you have a basic knowledge of the skill you want to work with, I think you have had enough school.

Rich people don’t get rich by having a job. They do by having a business or investments. There is nothing wrong with having a job if that job is what you want. But when someone is advising you on going forward, they only tell you to get a job because they think you can’t stomach being on your own.

Rich people work to learn and be fulfilled. They work to get exposed to opportunities. The rich don’t work because they want money. If money is what you want, a job won’t give that to you.

Except if the rich person is an investment expert, I can’t think of any rich person that diversifies. They all put all their eggs in one basket and guard it with an armoured tank. Warren Buffet said that, by the way. Those who diversify clearly don’t know what to do with money.

Rich people put their money in what they understand and have a reasonable amount of control over. Poor people are those who get enticed by the next big thing and the idea of diversification. People who deal in real estate don’t do stocks. Those who do stocks don’t do real estate (except when they are buying their own home).

This is the way true rich people are. But when giving advice to the general public novice, they tell you to diversify because you are not deeply knowledgeable in any area. So, it is the safest advice.

Read also: 5 painfully common traps that will waste your time, money and energy

The rich don’t go on vacation. There is always some business tied to the trip one way or another. They make vacations out of business trips. When they travel for leisure, their eyes are always opened for business opportunities in that area.

Poor people take vacations to run away from work. And they avoid thinking about anything related to work by all means. However, rich people can’t stop themselves from getting into business mode anywhere they go.

It is all about loving what you do for work.

There are a lot of other things rich people say but don’t do. But I have picked these because of their popularity.

I hope you have learned something.