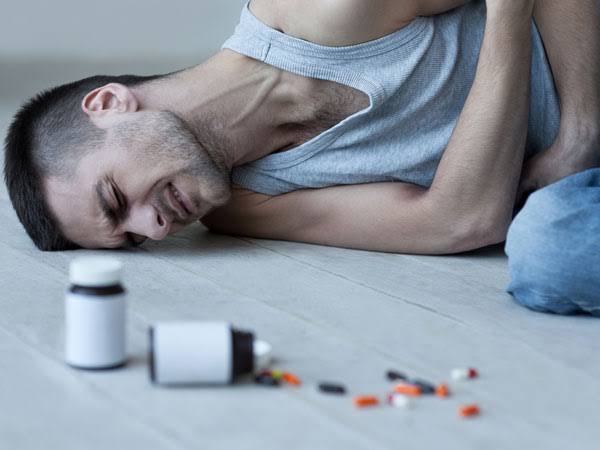 Source
Your kidneys play a major role to keep you healthy and alive.

They remove unwanted wastes and excess fluid from the body and help to keep the water, salts, and minerals in the body in equilibrium.

Most of our everyday habits pose serious threats to the health and vitality of our kidneys.

And if anything goes wrong with your kidney, critical components of your body, such as neurons, muscles, and other tissues will begin to malfunction.

So, here are 6 habits you should try to avoid to protect your kidneys.

Not Getting Enough Sleep

Sleep is essential for optimal health. A sustained lack of sleep disrupts the smooth functioning of your body.

Some people like to boast about how they work so hard and have very little time for sleep.

But getting less sleep consistently is a major way to put not just your kidney, but your life at risk.

Insufficient sleep is a gateway to kidney disease, especially in women.

In one study, researchers followed the sleep habits of over 4,000 women over 11 years.

Women who slept for five hours or less per night were 65 percent more likely to have a rapid decline in glomerular filtration rate than those who slept for seven to eight hours per night.

Your glomerular filtration rate (GFR) is a blood test that indicates how well your kidneys are working.

Kidneys have tiny filters called glomeruli. These filters help remove waste and excess fluid from the blood. And GFR test estimates how much blood passes through these filters each minute.

Also, in another study, researchers tracked the sleep habits of 432 adults with kidney disease for five to seven days using wrist monitors. And then monitored their health for five years.

Over the five-year follow-up, poor sleep habit worsens the progression of kidney disease as 70 participants developed kidney failure, while 48 of them died.

In effect, higher sleep fragmentation and shorter sleep time were strongly associated with steeper declines in renal function over time.

When researchers adjusted for other risk factors such as weight, each extra hour of nighttime sleep lead to a nearly 19% lower risk of kidney failure.

Go to sleep at the right time and try to target at least 7 hours of sleep as much as possible.

If you are tired during the day, take a nap. It can help you recover.

Kidney function is regulated by your sleep-wake cycle which helps coordinate its workloads.

Salt is a staple in our everyday meals that should be used with caution.

Salt increases the level of urinary protein in the body, which is a major risk factor for kidney disease.

Your kidney filters your blood to remove excess water. This requires a balance of sodium and potassium in the body to pull water across the wall from the bloodstream into a collecting channel in the kidney.

This puts strain on your kidneys and can lead to kidney disease.

In an experiment, researchers looked at 12,126 participants with a normal glomerular filtration rate.

The purpose of the study was to see if dietary salt intake deteriorated kidney function.

Participants were divided into two groups: high and low salt intake. Then they were followed up for 1754 days.

The result showed that those in the high salt intake group had a 29% increased risk of developing impaired kidney function.

In other words, the more salt you accumulate in your body, the higher your rate of decline in GFR over time.

Don’t oversalt your meal. Try seasoning your food with herbs and spices. This helps you avoid adding salt to your diet over time.

Vitamins are beneficial to your health, but some vitamins are particularly essential to keep the kidney healthy.

You can put your kidney at risk by consuming foods that are deficient in those types of vitamins.

For example, Vitamin D deficiency has been discovered in people with kidney disease.

Research shows that vitamin D may also protect against heart disease. People with the lowest vitamin D levels have a 40% higher risk of cardiovascular disease.

The kidneys are an important part of helping the body use vitamin D. Vitamin D comes from two sources in people. It could either be exposed to the sun’s ultraviolet B radiation. Or, it is absorbed from food or food supplements.

Vitamin B6 is also proven to help maintain your kidneys healthy when taken with other drugs.

Vitamin D can be obtained by sitting in the sun for 10-15 minutes each day. Vitamin B6 can be found in salmon, chickpeas, potatoes, and other starchy vegetables, as well as non-citrus fruits.

Excessive Use of Painkillers

Analgesics, or what most people know as painkillers, are medicines that help to control pains and inflammations.

Many people rely on painkillers to go through their day because of one body pain or the other.

Yes, painkillers can relieve your aches and pains, but they can also trigger kidney cancer.

As many as 3-5 percent of new cases of chronic kidney failure each year are from the overuse of painkillers. This explains why they should be used carefully.

According to National Kidney Foundation, habitual use of painkillers, such as ibuprofen, naproxen, and higher dose aspirin, can cause chronic kidney disease known as “chronic interstitial nephritis.”

It is a kidney disease in which the spaces between the kidney tubules become swollen, causing problems with the way your kidneys work.

Specifically, it reduces the ability of the kidney to clean your blood of unwanted wastes and make urine.

Do not use analgesics for more than l0 days if you’re having any pain.

If the pain lasts longer than that, you should see your doctor check for possible medical problems and advise you about what medications you should take.

Exercise is medicine. It not only keeps you strong, but it also helps stave off diseases from your body.

Studies show that getting the right exercise can be beneficial to the kidneys.

Because it changes the way your body handles nutrients and fluids that affect stone formation.

When you exercise, you sweat out salt and tend to retain calcium in your bones rather than letting it go into your kidneys and urine, where stones form.

In other words, exercise increases the removal of waste and excess fluid from the blood, which helps to prevent kidney disease.

Also, in a recent study, researchers followed more than 85,000 women 50 years and older.

At the beginning of the study, participants had their weight and height measured to figure out their body mass index, a gauge of obesity.

They also filled out annual surveys on what they ate, such as drinking a lot of fluids and eating less salt or meat.

To track activity, participants logged their exercise and researchers translated the numbers into “METs”—a measure of the amount of effort an activity requires. For instance, 10 METs per week are roughly equivalent to two and a half hours of walking at a moderate pace or one hour of jogging.

After eight years, researchers found that amount of weekly exercise increased, and the chance of kidney stones continued to go down.

The intensity of exercise didn’t matter; only the amount, proving that any type of exercise is better than none.

As the researchers pointed out, you don’t start running marathons. A mild to moderate amount of activity will do just fine

Incidences of kidney diseases are less likely in people who exercise at least three times each week.

Make it a point to exercise for 30 minutes a day, five days a week.

Drinking alcohol affects every part of your body, including your kidney.

One of the works of your kidneys is to filter harmful substances out of your body, which alcohol is one.

While alcohol is mainly metabolized by the liver, some of it is released through the kidneys.

So, if you’re one of those who can’t live alcohol, your kidneys then have to work even harder to return your blood to its usual state.

And in rare cases, binge drinking — five or more drinks at a time — can cause a sudden drop in kidney function called “acute kidney injury.”

This serious condition occurs when toxins from alcohol build up in your blood so fast your kidneys can’t maintain the proper fluid balance.

Though it’s reversible with treatment, it can increase the risk of developing chronic kidney disease, as well as lead to faster progression in people with kidney health problems.

And smokers who are heavy drinkers have about five times the chance of developing chronic kidney disease than people who don’t smoke or drink alcohol to excess.

So, stick to one or two drinks per day to reduce your risk of chronic renal disease.

Check with your doctor to know if it’s safe for you to drink alcohol. It’s important to drink with caution, even if it’s safe.

Read also: I started my with ice- cold I’m the morning and it changed my life

Recap: 6 habits that are harming your kidneys

Some habits are harmful to your body, and your kidneys in particular.

🌻15 Signs of a High-Value Woman: A Must-Read Ultimate Guide for All Women (A REAL GEM)

🌻Priceless Lessons We Often Forget About Love and Life (SO TOUCHING)