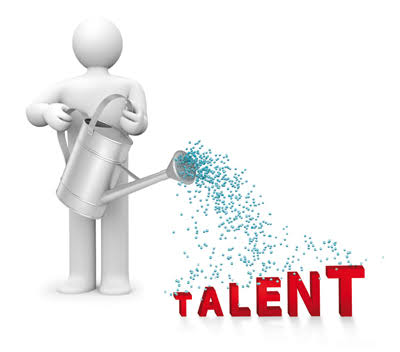 Talents don’t translate into top performance because of these predicators

Talent is not equal to success.

I will never forget what my high school basketball coach told me:

“It doesn’t matter how much talent you have; you’ll never be a winner if you don’t have the heart.”

I’ve seen plenty of talented people who never made it to the top because they didn’t have the drive or the determination to see their talents through.

But talent is just one piece of the puzzle. There are other, less obvious reasons why talented people don’t achieve their potential. Here are some of the most uncommon ones.

1. The One-Percent Gap Makes the Difference

Not everyone is expected to be Einstein.

But they’re only 1 percent short of genius.

Let me explain with an example.

In any field, there are only a handful of people in that elite 100th percentile. And if you want to be one of them, you have to put in only a little extra work.

Many gifted people are content to coast on their talent. They think that they don’t have to try as hard because they are smarter than most.

But the truth is, the higher you are on the bell curve, the harder you have to work to maintain that position.

The one-percenters are always grinding, learning, and trying to be better. If you want to join their ranks, you have to be willing to do the same.

This is the famous rule popularized by Malcolm Gladwell in his book Outliers.

While it’s certainly true that you need to put in the reps to become an expert, some people are just born with a natural ability that makes them better at certain things.

He started playing golf at 2 years old and was winning tournaments by the time he was 5.

Is it really fair to say he only became successful because he put in his 10,000 hours?

Or what about Mozart?

He started composing music at 5 years old and wrote his first symphony at 8.

Was it just because of the hours he put in?

The answer is no.

Some people are just gifted with a natural ability that makes them excel at certain things.

But the bottom line is to recognize your innate skills and work on them before they fade away.

3. The Dark Side of Giftedness

Some people are just too smart for their good. They can see all the angles and all the potential problems. Their minds are abacus’s, constantly doing calculations. They would make great spies — if they could ever sit still that long.

But in the business world, this over-analysis can be a huge impediment. They can’t pull the trigger on a business decision because they are still doing the math.

I have a friend who is like this. He could have been wealthy many times over by now, but he can’t seem to make a move. I often wonder if his genius is actually a curse.

Many gifted people have a hard time succeeding because they are too much in their heads. They miss out on opportunities because they can’t seem to act fast enough.

4. They Were Dealt a Bad Hand In Their Life

Some highly talented people never achieve their potential because of the cards they were dealt in life. Maybe they were born into a wealthy family and never had to struggle. Perhaps they had every opportunity handed to them on a silver platter.

I have a friend who is a perfect example of this. He grew up in an affluent family, went to the best schools, and never worried about money. He is also one of the most talented people I know. But he never had to work hard for anything.

Sometimes, the circumstances of life prevent them from using their potential.

5. They Can’t Handle “NOT” Being the Best

I was always a good student, but I wasn’t one of those annoying kids who got all A’s and B’s. In fact, there were plenty of times I got C’s.

And I was OK with that.

I figured if I could get C’s and still get into a good college, everyone else could.

However, there are many people for whom getting a C is not an option. They need to be the best. And if they’re not, they feel like failures.

This kind of pressure is paralyzing. It can prevent you from taking risks. It can make you too afraid to fail.

I’ve seen this happen to many talented people. They get so wrapped up in needing to be perfect that they never actually accomplish anything.

While there are many reasons why highly talented people may never reach their full potential, these are some of the most uncommon.

Giftedness can be a curse because these people often see all the angles and potential problems.
They can also be smart enough to know that they will never catch up to the early bloomers.
They were dealt a bad hand and have never had to experience true hardship.
They’re not comfortable making errors.
They don’t fill the 1 percent gap of an extra mile.
Whatever the reason, it is a shame when so much potential goes to waste. The world needs them!

Read More: 4 Underrated Strategies That Will Make You Unstoppable

Read More: Change Your Life With Just a Pen and Paper ( VERY POWERFUL)