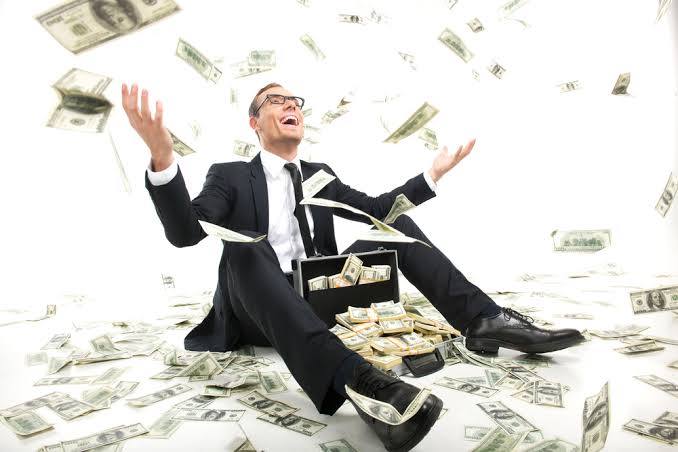 3 money myths that are holding you back from building wealth, according to a decades-long study of millionaires

Research published in “The Next Millionaire Next Door” found that myths about wealth-building are a roadblock to many people’s financial success.

A person counts cash.
Many equate income and possessions with wealth, but the study found they don’t correlate. Photo: Mat Najib/EyeEm/Getty Images
By Liz Knueven

Most popular perceptions of millionaires aren’t true, according to a decades-long study of millionaires. While many people picture an expensive lifestyle and high-cost cars and homes, that’s not always the reality for many millionaires.

Author and researcher Thomas J. Stanley, and later his daughter Sarah Stanley Fallaw, who continued his research, spent years studying and interviewing millionaires to learn their habits. In their research, they found that many people who have achieved millionaire status don’t follow the popular perceptions.

In Fallaw’s follow-up to her father’s book, “The Next Millionaire Next Door,” she reports on several myths about wealth-building that keep others from achieving millionaire status themselves. Here are three misconceptions she outlines in her book.

Most of the people Fallaw and Stanley interviewed weren’t born into wealth. Most had to work, earn, and invest to reach their status. They had to maintain that status through careful planning, frugality, and work.

There are certain things that someone can’t control. This decade, rising healthcare costs coupled with stagnant wages have held people back, and the coronavirus pandemic and its economic impact is a more recent example. Gender and racial wealth gaps also create significant barriers to wealth.

However, excluding external factors, some parts of wealth-building are within our control. “We cannot control costs or governmental policies or the financial markets. We can control what we spend, how we invest, the opportunities we seek, and other aspects of our financial lives,” Fallaw writes.

In her research, Fallaw found that mindset was a big predictor of wealth. “People who believe that they will never become wealthy generally fulfill this prophecy,” she writes.

2. Income is the same thing as wealth

While interviewing for “The Millionaire Next Door,” Stanley talked with many high-earning individuals who hadn’t built much wealth — they’d spent their high incomes on expensive cars, homes, jewelry, and other material items. Oftentimes, people who chose spending over saving and investing fell into a cycle of overspending.

The research they did is clear: income isn’t wealth. Instead, it’s the way income is used that makes someone wealthy.

Choosing to invest and save instead of spending is how many millionaires achieved that status in the first place, their research found. Only income put to work efficiently can truly turn into wealth.

Things like luxury cars, designer items, and other traditional status symbols can present someone as wealthy. But, they’re often meaningless.

The cars that millionaires drove was a big point of Stanley’s original research in “The Millionaire Next Door.” The findings are consistent: most true millionaires aren’t driving luxury brands.

“The median price paid by millionaires for their most recent automobile purchase was $35,000,” Fallaw wrote based on her most research for the book, published in 2019. Most Mercedes-Benz or BMW models start at a higher price point.

Instead, the opposite was true for many prestige-brand car owners. “Many drivers of luxury cars have neither the levels of income nor net worth which would qualify them as high economic achievers,” Fallaw writes.

For millionaires, buying a car isn’t about status as much as practicality. In Stanley’s original book, “The Millionaire Next Door,” he included an interview with a millionaire who refused a gifted Rolls-Royce. It wasn’t practical for his favorite hobby, fishing, nor visiting his company’s manufacturing plant, he told Stanley. So, he turned it down.

For those who can’t truly afford these luxury cars and items, buying them anyway can hold you back from building wealth. It’s a myth that works both ways — not all who have flashy, expensive things are wealthy, and not all who are wealthy own items like these.

Read More: 5 Money Mistakes You Must Avoid At All Costs

Read More : 10 Warren Buffett’s Secret I Am Stealing To Be A Millionaire 💰