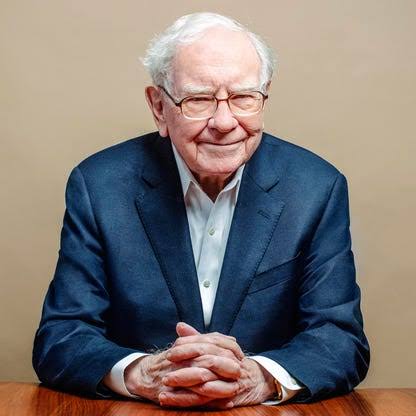 Like everyone, I have heard of Warren Buffett, and I know him as a famous billionaire investor. But after watching his documentary — Becoming Warren Buffet, I have realized that he’s more than a legendary investor.

These are the 10 secrets that I am stealing from him.

You have only one mind and one body for the rest of your life. If you don’t take care of your mind and body now, by the time you’re 40 or 50, you’ll be like a car that can’t go anywhere.

2. Compound Interest Is The Eighth Wonder of the World

3. Don’t Be Afraid To Reach Out

After being denied from Harvard, Warren reached out to Graham @ Columbia University. If he hadn’t reached out, Graham would have never entered Buffett’s life.

Warren took a public speaking course by Dale Carnegie and values this as one of the best things he has ever done. He hangs the course certificate on his wall in his office, rather than his other various degrees.

Warren only invests in what he knows — his circle of competence. Any opportunity within the circle has a larger chance of success than anything outside the circle.

Warren and Charlie Munger have worked together for 49 years. Together, they’ve built one of the most valuable companies in the world and have helped thousands of people.

8. Reputation is a Fragile House

Warren says, “It takes 20 years to build a reputation and five minutes to ruin it. If you think about that, you’ll do things differently.”

Investing is a play for Warren. In his own words, “Look for the job you would take if you didn’t need a job.”

Warren pledged to give away the majority of his wealth. To date, he has donated 4.1B shares of Berkshire Hathaway. He says, “If you get to my age in life and nobody thinks well of you, I don’t care how big your bank account is — your life is a disaster.”

Read More: 7 Life Lessons by Robert Greene You Should Tattoo on Your Brain