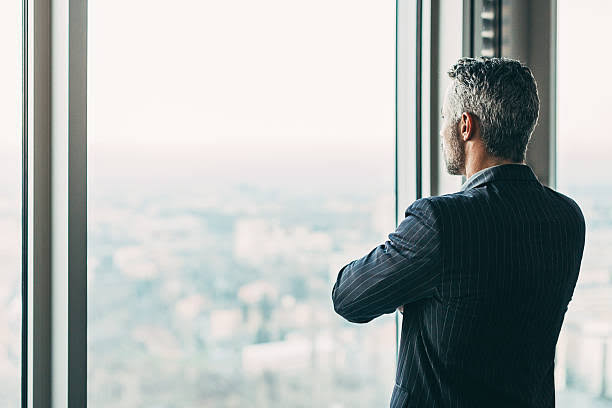 Hints that you’re a person who gets high not on drugs, but on your own excellent thought process.

Photo by Raimond Klavins on Unsplash
High-level thinking is an experience like no other.

It’s when several unique ideas coalesce to form extraordinary insights giving rise to epiphanies — just like colours mix to form new colours. Such epiphanies — borne in the brilliant minds of high-level thinkers —carry the capacity to influence the world.

However, high-level thinking is not borne out of talent, nor is it a right. It’s a privilege that very few people enjoy — people who have paid the price to elevate their mindsets.

Let’s discuss four signs that show that you may be such a person.

A majority of your life runs from your subconscious. All that you experience and learnt in life goes into your subconscious and forms an excessively tangled ball of millions and millions of thoughts and ideas. And when you’re in need of ideas in life, your subconscious pushes suggestions into the conscious part of your brain — which then decides what to do with them.

The complex and big problems that concern the world as of now cannot be solved by simple ideas. Their resolution needs the brainpower of people who we consider high-level thinkers. But what exactly is the difference between such people and the ordinary public?

Simple. They have a set of unique experiences that enables to have them a distinctive subconscious which allows them to come up with extraordinary solutions that the average person simply cannot muster.

Hence, a sign that you’re a high-level thinker is that you always try to take the road less travelled.

It might mean that even though you’ve read the bestsellers, you prefer to read the rare books that most people may have not even heard of.
It might mean that you have the courage to try watching movies in a foreign language, instead of watching a movie that millions of people have watched.
It might mean travelling to locations which are not the most popular.
Really, it’s simple. High-level thinkers try to have experiences that other people don’t have the courage to try out. Are you one such person?

You pay close attention to new ideas that the majority rejects

People reject new ideas all the time. It might be that they’re overly sceptical. Or they’re just uncomfortable with change. Here are a few examples —

People rejected the internet boom. Only a few smart people like Jeff Bezos bet on it — which is why Amazon is one of the biggest companies in the world.
If you’ve seen the movie ‘The Big Short’, you’ll notice how the smartest bankers and investors on Wall Street were too ignorant to realise that the housing market was going to collapse. Only a few people like Dr Michael Burry were observant enough to notice that something sinister was headed their way.
Many people rejected cryptocurrency when the concept first revealed itself, and yet, crypto has enjoyed one of the fastest growths in comparison to any other market in the history of humankind.
While the majority rejects such ideas, high-level thinkers are able to see the potential in new ideas. Why is this? Personally, I feel that high-level thinkers have laboured to foster the perfect balance between openness and scepticism.

They’re open to new ideas. They try to not have any prejudices. They closely examine new concepts before deciding what their potential will be. Average thinkers on the other hand lack openness because they’ve clad themselves with prejudices which do not allow them to look for facts.

However, high-level thinkers also parallel their openness with just as much scepticism. This is important because if they’re not sceptic enough, they might waste their time and resources by betting on every new idea that emerges — which does not allow them to bet well on the ideas that are actually going to work.

Hence, being open to new ideas while also being sceptical enough to know which ones to bet on is a sign that you are a high-level thinker.

You have postjudices, not prejudices.

Here’s what the two words mean:

An average thinker has an opinion about every single thing in the world. I think it’s safe to assume that since no single person can have enough knowledge to be opinionated about everything, most of these opinions are prejudices, with very few — sometimes none — having the possibility of being postjudices.
High-level thinkers do not have an opinion about everything. But when they do form opinions, they make sure they’ve examined the facts — meaning, they make sure they form postjudices, not prejudices.
You cannot observe any timely gap between the occurrence of a situation, and the formation of an opinion in cases of average thinkers.
High-level thinkers on the other hand take their time before forming an opinion. You might hear them say, “Well, I don’t know much about this particular topic. I’ll have to do some research, and think about it deeply before I can give you my two cents.” You’ll never hear an average thinker say such a thing.
Average thinkers stick to their opinions like it’s their last dollar — even when shown evidence that their opinion is objectively wrong. High-level thinkers, on the other hand, are open to the reality that even though they have examined the facts before forming an opinion, their research might have fallen short. And when shown strong arguments on the opposing side, they’re secure enough to flip their opinions without hurting their egos.
What’s the reason for such polarities? The answer might lie in how secure people are with themselves.

Average thinkers have an opinion about everything because it’s uncomfortable to accept the fact that they might not know enough about something. The reason they form opinions fast is that they’re afraid to endure the mindset of “I don’t know” even long enough to examine the facts. And they stick to their opinions way too much because they’re afraid of accepting they were wrong.

High-level thinkers ask a lot of questions. Their thirst for knowledge far supersedes their almost non-existent desire to show off their knowledge. Here’s a quote that I love that perfectly sums up my point —

If your mouth is open, you’re not learning.

With a few exceptions, people who speak a lot don’t actually know much. They rarely ask questions, and instead, are focused on blurting out bullshit answers — because it makes them think they look knowledgeable when they do that.

High-level thinkers on the other hand are quite inquisitive people. They ask a lot of questions. But hear me out, asking questions — although it might seem simple— is no easy task. There are two layers of hindrances to being inquisitive —

First: To ask questions, you have to accept the fact that you don’t know. Otherwise, why would you ask questions? This, unfortunately, is too brutal for some fragile egos to bear. This is why people prefer living under the delusion that they know it all.
Second: Even if people internally accept that they don’t know, asking a question is like broadcasting to the world that they don’t know. Alright — maybe some people can endure the reality that they don’t know — but announce it to the world by blurting out a syntax of words with a question mark at the end? Are ya crazy? Too tough to bear!
This is why asking questions which might look really simple is actually quite tough for most people because it’s not easy on their egos. But the case is different for high-level thinkers. They know that asking questions is a critical skill for lifelong learning. And hence, intellectual humility is central to their thought process.

If you’re someone who’s not afraid to reveal to the world that your knowledge is limited by asking questions, you’re most definitely a high-level thinker.

Engaging in high-level thinking is important because it’s where extraordinary insights emerge — the kind that the world desperately needs. Here are 4 ways you can become a high-level thinker:

Build a unique set of experiences.
Pay close attention to ideas that the majority rejects. And while doing so, balance your openness with enough scepticism.
Have postjudices, not prejudices. Examine facts before forming opinions. Also, know that you don’t have to be opinionated about everything.
Ask a lot of questions.

Read More: A Really Easy Way to Be 10x Better Than Everyone Else