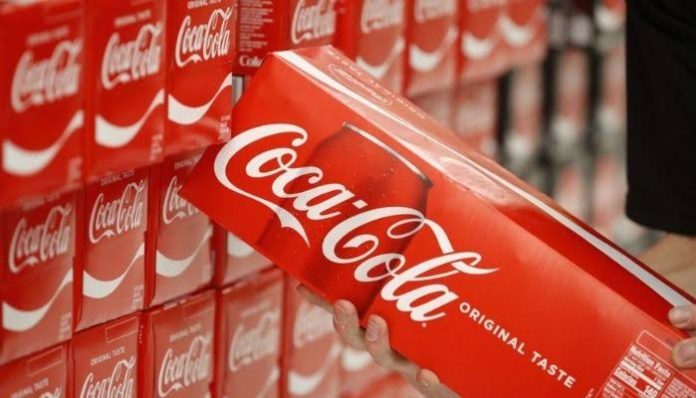 Cocaine would have easily been the reason for Coca-Cola’s success had the company stuck to its original recipe and (you know) doing drugs was okay. That’s right! Word on the street is that cocaine was indeed part of the initial coke recipe and was only removed in 1903.

So, with cocaine ruled out, exactly what has people hooked on Coca-Cola? Rather what’s behind the company’s perennial success?

Well, let’s take a closer look at the genius of Coca-Cola and the 15 reasons that other companies can borrow from it.

01 Think of the Customer First, Always

Coca-Cola understands many things when it comes to pushing their brand to the masses.

Avoid the “I think mindset”, and instead, accept the facts you get from your customers no matter how different they are.

If there’s a company out there that should be content with its market share, it’s Coca-Cola, but, they’re not!

Coca-Cola is in a perpetual quest to get its drink down everyone’s throat and their brand before any living thing on the planet. From Africa, to Asia, to the Americas and the poles. You’ll always struggle to find a village that is new to coke. To say the product has saturated the soft drink market is just an understatement. Its leadership is always battling to maintain and even grow the company’s market share even further.

Just pay attention to social media & the good old T.V., you’ll notice that Coca-Cola is just as aggressive with its marketing as new companies cropping up. And that’s not all they do, the company is always looking to boost revenue through developing and acquiring new products. Take a closer look and you’ll notice that Coca-Cola is now behind your favorite water, soda, juice, energy drink & even tea. Other businesses from small to large can benefit from this lesson.

(from explanatory purpose only)
You see, the market share you have is very well what other companies can take away from you. So, be vigilant to protect your market share and proactive enough to expand even further.

03 Be Consistent With Your Branding to Form a Lasting Impression

Another important lesson businesses can learn from Coca-Cola is the significance of consistency.

The company is committed to ingraining itself in customers heads through campaigns, marketing platforms like American Idol and identity elements. And not just that, Coca-Cola has conspicuously beared the same logo since its inception back in 1886.

04 Build Your Brand Internally So You Can Excel Externally

Coca-Cola sticks to the script of building success from the inside.

The company understands itself, its target market and the values it wants to put out there. There are gigantic displays around the Coca-Cola company premises where team members can view the most recent consumer reactions on social media, and besides this, the workforce is constantly reminded of the big things Coca-Cola “has been” and “is” a part of.

Just think about the world cup and the Olympics, and just to keep the thirst of their employees quenched, there’s always a free coke.

Coca-Cola is a great example of a company that should be doing everything else, except work on its brand. But even so, the soft drink company is ever breathing life into its brand.

Just think about it for a second: How many times have you seen the Coca-Cola’s can designs be changed? And wasn’t the innovation of delivery systems like the freestyle machine just incredible?

06 Take Care of Your Biggest Customers

McDonald’s, Wendy’s, Chick-fil-A, Subway & Sonic Drive-In are but some of the examples of Coca-Cola’s largest clients.

These swift service businesses make up a vital distribution channel and a source of revenue for the company. And to ensure these franchises always get the best level of service, Coca-Cola has actually formed account teams to cater to their needs specifically. And besides this, coke invests huge sums of cash in promoting these franchises and deploys service professionals to respond to any equipment issues with their soda machines quickly.

The company understands that it boosts its own business by enabling its biggest clients to do business efficiently. We mean, the more people that eat at McDonald’s or Wendy’s, the more coke products are consumed.

Coca-Cola is as big of a company as it gets, but it still shows up big.

It associates itself with big events like the World Cup & the Olympics, and not just that, their marketing is grand too.

Which takes us to the next lesson…

Standing out in the digital world is challenging, but Coca-Cola has managed to hack that by sharing worthy content like “The Happiness Machine”.

The company is offering up a valuable lesson for businesses here, which is simply about perpetually putting out great content to promote the brand. The coke content machine has now produced a happiness truck, plane & store.

09 Start and Engage in Conversations with Your Audience

When it comes to creating engagement in an online space, customers can drive more conversations about your brand than you ever can. And that’s one thing Coca-Cola seems to know all too well, but how does it do it?

Well, it provokes discussions that spark interest on Facebook, Twitter and other social media platforms, then as consumers contribute to the topic giving their views, the company will react to these comments by keeping their audience actively engaged. This model creates more intimate connections with consumers.

Note: As an entrepreneur, remember that it’s not just about posting content irregularly, but also engaging with your audience on your posts.

10 Be in Touch with Cultures in Local Markets

Coca-Cola has remained in business for more than a century by carving out a niche for itself everywhere.

Its marketing strategies take into account “cultural trends” in each specific market. For instance in the U.S., coke and the image of Santa clothed in all red has stuck as the Christmas tradition. Further east, coke has created the first coke of the year ritual for Chinese new year celebrations borrowing from Coca-Cola

You want to research your markets different cultures & traditions to connect with your consumers on more of an emotional level.

11 Test the Waters with New Strategies or Ideas

What happens when you achieve the goals you set out for your business? Relax & enjoy your achievement or create bigger & more ambitious goals?

Well, despite Coca-Cola’s success in penetrating global markets and being one of the most (perhaps, “the most”) recognized brand in the world, it is always targeting more growth. Over the company’s lifetime, we’ve seen them adding soda & juice variations to its offerings. Some of these variations have been successful and others have unfortunately been discontinued. Do you remember Coca-Cola Vanilla and even Coca-Cola Ginger limited edition?

Like we said, you’ve got to test the waters with new ideas or developments and study how the market reacts.

Remember, not all of them will succeed and that’s all right. Go back to the drawing board, refine what’s not working and start over.

A study on consumer purchasing behavior found that ads with an emotional pull had a 31% success rate, while those focused on a rational message had only a 16% success rate.

Yet, another survey found that consumers who have a strong emotional relationship with a business, produce a 306% lifetime value and are 71% more likely to recommend the brand. Simply put, emotional marketing works and Coca-Cola is a testament to this.

Coke’s “Share a Coke, Share a Feeling” campaign is an excellent example of how the company creatively plays to customer emotions.

So, what’s the lesson here? tapping into emotions is the best way to connect with customers personally and to make your brand memorable.

Change is inevitable especially in today’s fast-paced world but too much change can alienate your customers and in doing so, cause more harm than good.

Customers love coke for its distinct recognizable taste. Something that Coca-Cola has managed to maintain in its more than 130 years in business, that is, except for the “New Coke”(a sweeter version of the drink). It introduced to rival Pepsi but bottom line customers hated it and the variant was effectively shelved, so be careful of the changes you implement and don’t force your consumers to accept the change.

Say you were reading or watching something and you felt a personal connection to it. You’re more likely to stick around longer right?

“Well, for business, the longer you can hold on to your customer’s attention, the more likely they are to buy from you!”

Personalization is at the heart of successful marketing. Despite being a giant globally recognized brand, Coca-Cola always finds a way to personalize and localize campaigns. Case in point, printing people’s names on their coke cans was highly successful because it tapped into the power of personalization.

And while that doesn’t mean you should copy & paste Coca-Cola’s strategy, thinking about how you can personalize your brand at the local and even individual level can really work well for your brand.

No Matter How Big You Get, You are Not Indispensable!

Coca-Cola was born in a completely different time, it’s endured massive changes in customer demands, yet somehow maintains its competitive edge in today’s cutthroat environment. But to beat the constant obstacles time has brought with it, Coca-Cola has had to work on its brand image constantly.

And this teaches you one key lesson: Even the biggest names can fall, if you don’t work on adapting to changes. Regardless of how successful you get, you are still dispensable.

And that brings us to today’s question — “What’s the most valuable lesson you’ve learned in business?”. We love hearing from each of you, so drop your views in the comments.

Now, if you’ve stuck with us today until the end, here’s one of the most important lessons that we’ve learned in business.

Despite Coca-Cola’s massive growth and market reach, it has stayed true to its fundamental ideals. Throughout the decades, their numerous marketing campaigns boil down to one key message — “Pleasure”.

So, figure out what you want to communicate about your brand and then make all of your marketing campaigns around that.

Now, we’re curious to know what lessons you’ve picked up from your experience either running or being part of a business.

Read More: 3 Books Everyone Should Read About Marketing & Business