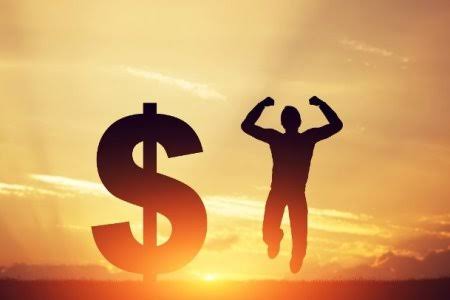 Finances are about mastering your mindset

And to command wealth? Well, it’s that as simple as keeping more than you spend. It’s as simple as making sure what goes out the door isn’t more than what comes in.

But as ever, in life, things get complicated. This idea gets muddled between finding happiness, achieving success and keeping up with the Joneses. Consequently, you start to want for more and somewhere along the way more goes out the door than comes in the door and then things get a little sticky.

When Finances Begin to Command Your Life

The trouble is that finances can get on top of you. You can start to convince yourself that you need to buy more stuff in order to be happier. Somewhere along the line, the message gets misconstrued and you end up chasing more and more in order to feel more happiness. But the relationship between money and happiness is not as linear as you think.

“If we command our wealth, we shall be rich and free. If our wealth commands us, we are poor indeed. — Edmund Burke”

More doesn’t mean more happiness. Instead ask yourself what in life gives you true happiness. Is it the fact that you’ve got the latest iPhone or is it that you can go for a nice walk with your dog? I’d bet it’s probably the latter.

More money doesn’t mean more happiness.
There is such thing as ‘enough’ money.
Ask yourself what in life brings you joy, it probably won’t be material things.

But Money Does Demand Respect

Well, the answer is mindset. And it’s a balancing act. Whilst you don’t need more money to be happier, you do need a baseline amount of money to live the lifestyle you want to.

It’s true that craving more and more is a poor mindset but there is a baseline amount of money to set you up for the lifestyle you want. To that point it’s important to note that because of that, money demands respect.

Being mindful of your purchasing is being respectful to money. Reframing money is perhaps the quickest way to improve your spending habits.

When I was 15 I worked a job that paid me £4 an hour. That summer I wanted to save up for a new phone, the one I wanted was a whooping £127. It meant that I saved up for a good while before I could afford that phone. And it taught me an important lesson about perspective.

I learnt to see money in hours. That drink that cost £1 would take me 20 minutes to earn, was it worth it? That new jumper that cost £30, would take me more than 2 shifts to accumulate, was the jumper worth 10 hours of work?

As I started to reframe money I realised something, I was spending less. A lot less. I was learning that money was something that demanded respect.

A financial mindset includes asking yourself about the purchases you make. Do you want this item or do you need it? In the world we live in today, it’s becoming less about the need and more about want.

The trick is to teach yourself to understand the difference between the two. I’m lucky. I’ve never been a huge spender, my parents are the same. But for some people, a paycheque means equals a huge shopping spree. I’ve just never understood that.

Currently, I have two pairs of trainers and feel that I have too many.

When you can do that when you can shift your mind, your financial future changes completely.

Trick your mind into wanting less and you won’t need to chase that promotion or change jobs to increase your earnings, you’ll be able to stick right where you are and build money habits that allow you to save.

Finances have never been about earning potential, not really, it’s more about mindset potential. Master your mind and you’ll master your finances.

Read More: 5 Secrets to Wealth According to My Millionaire Clients

Read More: How to Use the Laws of Wealth to Create Your Own Success in Just 6 Steps