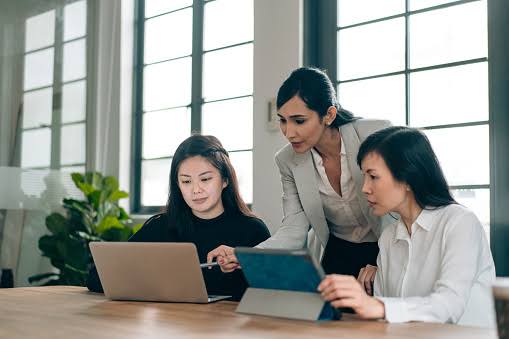 8 Ways Financially Smart People Think Differently Than Most Others

“Spending money to show people how much money you have is the fastest way to have less money.”

Photo by Jonathan Francisca on Unsplash
Financially savvy people think differently about money than most others. They have different beliefs, habits, and routines compared to most people.

Fortunately, these beliefs, habits, and routines can be learned.

Once you think differently about money, you’ll act differently with your money. Considering 69% of Americans have less than $1,000 in savings, it’s wise to act differently than most people when it comes to money.

Disclaimer: This article is for informational purposes only. It should not be considered Financial or Legal Advice. Not all information will be accurate. Consult a financial professional before making any significant financial decisions.

They Think of Wealth as Having Freedom

As Morgan Housel, author of The Psychology of Money, said, “The highest form of wealth is the ability to wake up every morning and say, I can do whatever I want today.”

Instead of thinking about flashy cars, big houses, and luxury resorts, they think of wealth as having freedom. Freedom to decide how to spend their time. Freedom to help others. Freedom to explore the world.

When financially smart people have excess capital, they don’t keep it on a savings account or squander it on stuff, but they put it to work. Financially savvy people see each invested dollar like a little employee working around the clock to generate more dollars.

This is why someone might have a high net worth but, compared to their overall net worth, not have a lot of cash on hand. They’ve invested the biggest part of their net worth in financial assets such as stocks, real estate, crypto, bonds, commodities, etc.

Relatively speaking, they stay ‘broke’ as most of their money is tied up in financial assets instead of having it as cash in a savings account. Money is a savings account only loses value due to inflation and low interest rates. Over time, it loses a large part of its purchasing power.

However, one crucial note is that you should never invest more than you can afford to lose. Always maintain a solid emergency fund in case of a downturn in the economy or financial markets. Don’t overexpose yourself. This is essential.

They Continue To Increase Their Financial IQ

This is why, according to the National Endowment for Financial Education, about 70% of people who win the lottery go bankrupt within a few years. Even successful athletes and celebrity stars go bankrupt after earning millions of dollars.

These people didn’t learn the art and science of money. They didn’t put in the effort to upgrade their financial IQ. Yes, they made a lot of money, but they didn’t learn how to keep and grow it — and that’s a recipe for financial disaster.

“Spend each day trying to be a little wise than you were when you wake up.” — Charlie Munger

On the other hand, financially intelligent people focus on consistently improving their knowledge on the psychology of money, personal finance, taxes (boring, huh?), and investing. This is an important reason why they are wealthy. It’s no accident.

The more you learn, the more you can earn. Read books. Go to seminars. Invest in courses. Surround yourself with financially smart people. As Warren Buffett said, “The most important investment you can make is in yourself.”

In case you want to take action right away, here are some of the best books on personal finance and investing I’ve read:

The Psychology of Money — Morgan Housel
A Random Walk Down Wall Street — Burton G. Malkiel
Rich Dad, Poor Dad — Robert Kiyosaki
One Up On Wall Street — Peter Lynch
The Essays of Warren Buffett — Lawrence A. Cunningham
They Look For Ways To Get Paid While They Sleep

As Warren Buffett said, “If you don’t find a way to make money while you sleep, you will work until you die.”

Financially intelligent people are always looking for ways to make money without their active involvement. They look to separate their income from their time, so they can make money regardless of what they’re doing.

The most obvious example of getting paid while you sleep is investing in stocks, real estate, and other financial assets. These things pay dividends, provide rental income, or appreciate in value no matter if you’re sleeping, traveling, or doing anything else.

“You’re never going to get rich renting out your time.” — Naval Ravikant

Next to investing in assets, you can earn passive income by building businesses or side-hustles that don’t require your active involvement.

For example, if you create a digital product and build an automated email marketing funnel, you’ve got a passive income stream generating you money 24/7, around the clock.

No matter how you do it, find a way to make money while you sleep. Find a way to separate your income and your time.

They Realize ‘Stuff’ Keeps Them Trapped

Many financially smart people tend to be a minimalist to some degree. They don’t own a lot of stuff, because they realize the more things they own, the more trapped they are.

“People who live far below their means enjoy a freedom that people busy upgrading their lifestyles can’t fathom.” — Naval Ravikant

For example, getting a second car means extra monthly liabilities in car payments, maintenance, and insurance.

Getting the latest iPhone, designer clothes, or other fancy gadgets each year means thousands of dollars go to stuff instead of your freedom.

Financial freedom starts with controlling your expenses — and adopting a minimalist mindset makes a big difference in your spending habits.

They Surround Themselves With Financially Savvy People

Energy, habits, and beliefs are infectious. Who you surround yourself with is who you become. Upgrade your social circle, and you’ll upgrade your life.

Financially smart people understand this, which is why they surround themselves with positive, inspiring, and financially disciplined people. The more time spent with these types of people, the more you’ll adopt their mindset, habits, and routines.

On the other hand, if you spend most of your time with people who don’t save or invest, have bad spending habits, and have limiting beliefs about money, this will also infect you — whether you consciously notice or not.

As Tim Ferriss said, “You are the average of the five people you associate with most, so do not underestimate the effects of your pessimistic, unambitious, or disorganized friends. If someone isn’t making you stronger, they’re making you weaker.”

They Understand That Wealth Is Quiet

When most people think about wealth, they imagine expensive sports cars, designer fashion, and luxury resorts. Truth is, this is a distorted image of wealth.

True wealth is much more silent.

This is because wealthy people have most of their money tied up in financial assets instead of in excessive luxuries.

Instead of flaunting their riches, most of their money is being put to work (so that soon, they don’t have to work for money anymore).

Truth is, many of those who flaunt their riches aren’t that rich at all. Yes, they might have a lot of expensive stuff, but not a lot of freedom. And freedom is the highest form of wealth there is.

“Spending money to show people how much money you have is the fastest way to have less money.” — Morgan Housel

Many of those who look rich have spent so much money on looking rich that there’s hardly anything left to invest in financial assets that actually lead to freedom.

In order to maintain their extravagant lifestyle, they have to work much harder and longer than most others. This is not freedom — it’s a fancy, golden cage. It’s a trap.

Understand that looking rich and being wealthy aren’t the same. The more money you spend on looking rich, the less money you’ll have to get wealthy. To me, this was one of the most eye-opening lessons I’ve learned about money.

They See Risk Differently Than Most People

They see inflation and low interest rates as much bigger risk factors, and understand that investing is the only countermove against both.

Most people think they’re playing it safe by keeping all their money in the bank. The unfortunate reality is that ‘playing it safe’ will force millions of people to work beyond their planned retirement age, as their savings will lose a large part of their purchasing power due to inflation.

Again, this doesn’t mean you should invest more than you can afford to lose (or are psychologically willing to invest). The most important thing is that you sleep well at night.

It does mean you need to understand that ‘playing it safe’ by staying out of the financial markets isn’t as safe as it sounds. Due to inflation and low interest rates, saving is risky too. It’s just less visible than the risk of investing in stocks, for example.

Read More: 7 Things The Richest of the Rich Always Make The Time To Do.

Read More: How To Manage Your Money Like The 1%.