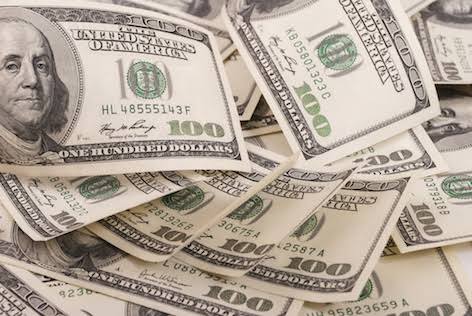 If You Want to Increase Your Income Adopt This Mindset

I chose to make more money because I hated the idea of being at the mercy of anyone. I choose to see money as a source of fuel to propel my own dreams as well as a safeguard against having to live anyone else’s.

You can make more money. It’s about freedom. It’s about being able to feel safe and sane while chaos spins around me.

If money is everywhere, then why does it feel so scarce to you?

You’ve been taught to think about money through the narrowest lens you could possibly use.

When you have one source of income from an employer, and you do this for years, you come to think of it as the only possible way to make money.

Yeah, the ads on Facebook about building an online business look cool, but you don’t really believe them.

You know that entrepreneurs exist. You know that investors exist. But you’ve been led to believe that you can’t be one of those people and are left to share a small piece of a finite pie.

There are so many different routes everyday people can use to build wealth. Those routes are difficult, but they don’t require superhuman abilities. There are so many people in society that are needlessly struggling.

So how do you shift that mindset and begin to see that money is everywhere?

Just start paying attention to how an economy works:

You’re a part of transactions all the time. You buy something you want, value, and the other party gets the money. Think of how many times you do this. Do you really think you’re so inept that you can’t become part of that equation, somehow?
When you buy something you want, you almost never get the sense that you’re giving your money away to someone else. No, you look through the lens of getting what you want. If people value what you have to offer, they’ll feel the same way about buying from you. You’re scared to sell because you don’t understand how valuable you are.
Chrony capitalism and corporate welfare aside, at a basic level, the transactions for goods and services improve the quality of life for everyone as a whole. Capitalism is rife with problems, but it’s just a fact that nothing has done more to lift people out of poverty.
So, why does the money never ‘trickle down to you?

Because you’re on the wrong side of the equation.

You consume, buy, and take on many expenses that pay other people — but you only produce value through one vehicle, your job.

Not only is your job a limited vehicle, but it’s also not even a safe one. Tweak a few variables, and your job can be gone in an instant — look at the pandemic.

How many safe and stable jobs have been wiped away because of a freak occurrence?

When this is all over with, a handful of people will realize that they never want to be in a susceptible position again. Hopefully, you’ll be one of those people.

This is a lesson for you. Get on the right side of the equation, so when something happens next time, you’re ready for it.

Switch your mindset to understanding that, out of all the available capital in the world, the fraction of it that you need to live an amazing life is small.

Choose a Model and Stick With It

There are so many business models that work well, especially online:

E-commerce
Affiliate marketing (even in the current climate, you could still start one of these businesses right now by starting a blog that cost less than $5/month and learning SEO)
Blogging and self-publishing
Freelancing (such a wide variety in here too) + the ability to take on employees and turn into an agency
Coaching
Content creation, e.g., YouTube and Podcasts
And let’s look at the not sexy businesses you can start:

Real Estate — I’m no expert on this, but a reasonably compensated person who saved money over time can buy a property and turn it into more.
Franchises — I used to work at a digital marketing company. One of our clients owned multiple dozen cleaning company franchises, eventually rolling that into the purchase of apartment buildings. You can buy a partnership in a Steak n’ Shake franchise for $10,000 and make $120,000 a year.
All sorts of blue-collar business — It’s not sexy, but people will always need their toilets fixed, lawns trimmed, kitchens remodeled, whatever. The goal here is to learn how to scale up and not just become a self-employed laborer. (Here’s a great book on how to do that)
Flipping — My uncle goes to car auctions, buys cheap cars, and sells them at a markup. You can do this with items on craigslist.
The minute you make that switch from producer to consumer and understand there’s some pocket of the economy that could use some help — either a service or product — based on a skillset you either have right now or can develop in the future — then you’ll build the foundation to earn more money.

The Hardest Part About Making this Mindset Switch

Societal conditioning has wired you to look at money, and life in general, through the lens of scarcity instead of abundance.

It’s crazy. While everyone is in a race to the bottom trying to grab their crumb of what they believe is a finite pie, you can just create wealth out of thin air. But it takes work.

If you want to get an abundance of money in the future, you’re going to have to sacrifice earning it upfront. This is called frontloading. See, the thing about getting started that sucks? Nobody knows who the hell you are or trusts you enough to buy from you or consume your content yet.

You probably don’t have the skills to pull it off yet. And to get those skills, you’ll have to put in at least some work up front with little to no reward.

And, on top of that, you still have to eat. You want to quit your job, but to get there, you first have to have two jobs. Or, if you’re laid off, an unpaid internship. Pat Flynn, the owner of the multi-million dollar blog Smart Passive Income, started his online business because he got laid off. He used his time wisely.

My best piece of advice for you? Just take it an hour or two per day, extremely gradual, and in a couple of year’s time, it will work, maybe even shorter depending on how well you can focus.

After you get one of those income streams to work, you’ll start noticing that other streams are available, and you can start pouring money into those streams.

You’ll understand why the rich get richer and why they seem to find money everywhere when you used to not be able to. Wealthy people continue to create income streams and vehicles. That’s it. As soon as you start doing this yourself, you’ll realize how limited your mindset about money is.

Right now, my income streams are:

Real estate
Owning a marketing agency
Buying entire businesses
E-commerce
Public speaking
Events
Once you have some streams of income going, it gets easier and easier to make more money. You have the confidence to tackle new projects because you’ve successfully completed old ones. You have skills that compound over time and carry over into other projects. And you have resources.

After scraping by for years, I can afford to hire freelancers and assistants to get my projects up quicker, which helps me make more money.

I’m not going to upgrade my lifestyle. I’m going to keep doubling down and re-investing. Throw in the time component, and voila, you have wealth.

The Truth About Money

Most people know everything I just talked about. As much as we claim this huge lack of financial literacy in society, people know how to make money — at least the vague basics.

Money doesn’t have a ton to do with what you know, as Morgan Houseful puts it so well:

The finance industry talks too much about what to do, and not enough about what happens in your head when you try to do it.
You have to train your mind that money is available everywhere because you’ve been trained to believe the exact opposite. You have a huge confirmation bias well to dig out of. And, as I said earlier, your best chance is to shift your mindset very slowly and gradually over time.

When you don’t have money, fully believing in the abundance of money isn’t possible, so first, begin by building profitable skills. Then, you make a teeny tiny bit of money. Just seeing it’s possible to generate non-employee money can be enough.

Have no profitable skills? Get some. Use your downtime to plot, plan, learn, and eventually turn those skills into money. Stop thinking like a poor person. You’re not destined for this lot in life at all.

Read More: How To Manage Your Money