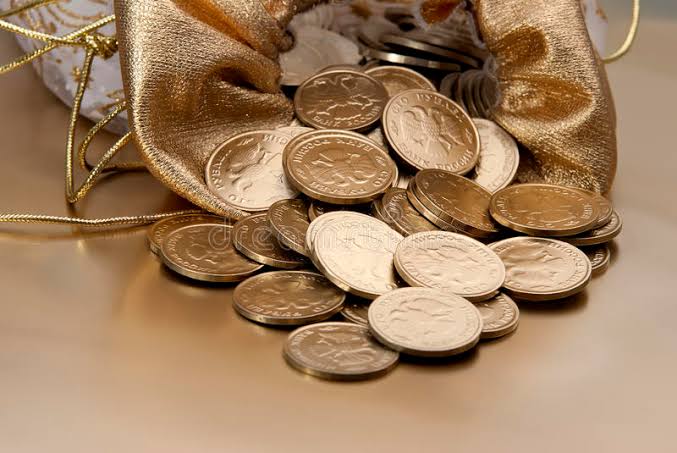 Money Comes From Mindset — How to “Think and Grow Rich”

I f you’ve dabbled in the world of self-improvement and wealth-building books, chances are you’ve probably heard of Napoleon Hill’s smash-hit book ‘Think and Grow Rich’.

Millions see Hill’s creation as one of the most sacred scriptures in this field — there are even religions entirely dedicated to the worship of its text, and many say that it formed the basis of all other finance books that came after it.

No matter how absurd that idea sounds, Think and Grow Rich is the quintessential piece to read for anyone serious about taking control of their lives and working towards their end goals.

Think and Grow Rich’ is essentially the culminating work of Napoleon Hill — a man who dedicated more than 25 years of his life to studying the most successful people of his time, such as Thomas Edison, Abraham Lincoln, and John D. Rockefeller, the richest man to ever walk the face of this Earth (yes, even wealthier than Bezos).

While even Hill said that everyone finds a unique meaning in his book, the intentional obedience of its main principles will ultimately lead to success at almost any goal you wish to attain. Of course, Hill’s principles aren’t platitudes like ‘work hard’ or ‘be mindful’ — his teachings have infinitely many meanings and truths, and you’ll see what I mean as you read on.

In the title of this book, you can find a significant key to your success — do you notice it?

Hopefully, your confusion clears when you see the word ‘Think’.

To even start on your journey towards riches, you must first believe that you can get to your destination. This doesn’t mean acting like every person you meet has to bow down to you, or that you don’t have the time to talk to anyone who hasn’t invested in bitcoin.

Simply put, thinking rich involves having a mindset of abundance and wealth, rather than our usual thoughts of failure and poverty.
Your subconscious mind is responsible for so much more than it lets on, and it runs solely off of your thoughts. Hill made a statement that, if the computing power of our conscious (logical) mind were represented by a car, our subconscious mind would be the size of several galaxies, and his words have great truth to them.

Rather than exclusively using the power of your conscious mind, we could sow the seeds for our success by planting the proper thoughts into our all-powerful subconscious.

Unfortunately, our subconscious minds are problem-solving machines that are indifferent towards their goals. Your thoughts can lead you into vicious cycles of failure, since, even if you’re unaware of it, even the thought of failure is enough to convince your subconscious mind that this is your objective.

“Poverty needs no plan. It needs no one to aid it, because it is bold and ruthless. Riches are shy and timid. They have to be “attracted.” — Napoleon Hill
Fortunately, we can make use of this principle by feeding thoughts of positivity and success into our subconscious mind. Think of your conscious mind as a gardener that plants thoughts of wealth into your subconscious mind — by frequently caring for this seed with your conscious ideas, you can manifest success in your life.

If there’s one thing that Napoleon Hill mentions in his book more than the word ‘rich’, it’s the word ‘think’.

As mentioned earlier, planning a path towards success is similar to planning any journey — you can only create a definite route towards your destination if you know what that destination is.

A staggering majority of people confuse their vague wishes for definite desire, and it’s no surprise that they’re utterly clueless as to where they’re going or what they’re striving to achieve.

Having a “goal” as vague and aimless as “I want to win this competition” is the equivalent of lighting your dreams on fire and wasting your precious time in the process.
People nowadays are quick to create wishes, the majority of the time knowing it’s a goal too vague to accomplish, leading them towards a cycle of failure.

You may have a wish, but do you have a desire?

Hill emphasizes the power of definite desire so much that he recommends you write your desired goal on a piece of paper and repeat it every day to feed it to your subconscious mind.

No, this isn’t even close to a cheesy habit that some people have — almost every major success has done this repetition in some form or another, and I recommend that anyone who takes their success seriously does the same.

So, if winning a competition or getting a promotion is too vague a goal, then what goals should we be setting?

Why not learn proper goal-setting directly from the masters?

Bruce Lee, regarded as one of the most ambitious people to end up carrying out his goals, along with thousands of other heroes have used this method, and here was Lee’s written, definite aim

I Bruce Lee will be the first highest paid Oriental super star in the United States. In return I will give the most exciting performance and render the best of quality in the capacity of an actor. Starting 1970 I will achieve world fame and from then onward till the end of 1980 I will have in my possession $10,000,000. I will live the way I please and achieve inner harmony and happiness.

Date: 1969
Now we know Bruce Lee as the most inspiring fighter of all time. Not only did Lee fulfill his primary goal, but he went on to wildly surpass it.

If you haven’t noticed this, our subconscious minds are supremely powerful, and they alone have control of our destinies. While their default mode leads to failure and negativity, by constantly feeding the opposite into our minds, we end up attracting success into our grasp.

Although this is the final pillar of success that Hill preaches, failing to heed it renders your efforts on the previous two useless. In fact, The failure to heed any one of these principles ultimately leads to disaster.

The most intricately crafted, intentional aims are worth nothing if you’re willing to treat them as mere wishes.

“Wishes are exactly what they sound like — they’re too good to be true, yet we still hope they are”
A wish is a desire to gain something by investing nothing. In both the fields of finance and life, this is a known impossibility. A desire is your intention to receive a fitting reward for a sacrifice you willingly make.

If you closely observe Lee’s definite aim, you will notice that he mentioned the sacrifice he was willing to make in exchange for his fortune:

Whether you’ve never started on your path towards your goal, or you’ve quit in the process, Hill advises this:

In his book, Napoleon Hill relates his statement to a story of a group of gold miners. In their frenzy for the precious ore, they lost all desire to continue their search. By quitting so abruptly, failure got the better of them, and the group later realized that they ended their relentless search a mere three feet from a bounty of pure gold.

Similarly, I challenge you to see temporary failure as a trickster that aims to trip you three feet from whatever you may call gold. With this mindset, your desire never dies, and as long as you keep this fire of desire burning in your heart, you’re never going to quit.

Read More: How to Get Wealthy in 2 Steps