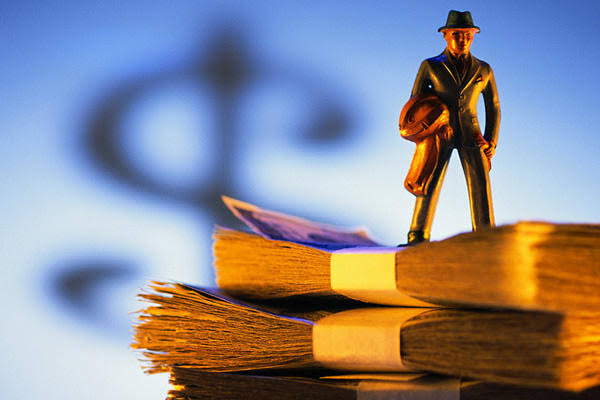 4 Sacrifices I Had To Make To Truly Become Wealthy

It’s not always easy, but you can do it too.

Photo by Sharon McCutcheon on Unsplash
Having a wealthy life is going to be defined differently by everybody. Some people might define wealth as being able to drive around in fast cars and living in lavish mansions. Others might define wealth as not having to work another day in their life if they choose not to and having the financial independence to do what they want when they want.

I like to think of wealth as having no debt, being financially independent, and not having to worry about how you are going to pay your bills. While it would be nice to drive fast cars and live in a mansion, that doesn’t really determine whether or not you are truly wealthy.

How I became wealthy

Growing up, I was under the impression that wealth was defined by having millions of dollars and that only athletes and celebrities could be wealthy. It wasn’t really until I read the book The Latte Factor by David Bach that I realized anybody could become wealthy over the course of their life.

I read the book when I was 25, the age Bach recommends you start investing. I immediately began investing $50 per week, paying off any and all of my debt, and started saving every penny I could. Once I realized anybody could become wealthy, I was all in.

This doesn’t mean it was always easy. Growing wealth isn’t going to happen overnight. It’s going to take years, maybe even decades in order to become wealthy. It’s also going to require you to sacrifice some things in your life. But if you truly want to become wealthy, you need to be okay with making some sacrifices.

So, what are some of the sacrifices I made in order to become wealthy?

Here are 4 sacrifices I’ve had to make to become wealthy.

1. Going out every single weekend with my friends.

I suppose it’s a good thing I tend to be more of an introvert anyhow, but there were many times when my friends would ask me if I wanted to go out on the weekends and I wouldn’t go because I didn’t want to spend money. And knowing myself, I tend to make dumb choices after a few drinks.

This doesn’t mean you never go out, but you don’t need to go out every weekend. Maybe go out every other weekend instead, or even just one day a weekend.

Sure, some of my old friends stopped asking me to go out and began distancing themselves from me, but that’s part of the sacrifice. To me, becoming wealthy was and is more important than going out and getting hammered every weekend. If others don’t accept that, they probably aren’t good friends to have anyhow.

2. Having a girlfriend, especially a clingy one.

I didn’t really start dating until I was 27, but I learned my lesson fast. Even if someone says they are independent, don’t believe them.

I lived three hours away from my girlfriend. It started out with me going to see her one weekend, and then her coming to see me the next.

But, that changed over time…

After a few months of dating, she stopped coming to visit and began expecting me to make the three-hour drive every weekend. As somebody who was experiencing love for the first time in their life, I wanted to make her happy and began making the weekly drive.

Not only was I spending a lot of money on gas, but when we were together, there was almost this expectation that I was to pay for everything. Every weekend, I was spending about $500 between gas, going out to eat, and just random activities she wanted to do.

Thankfully, that is behind us. It was an eye-opening experience, but after I began to realize I was being used, I put an end to it and started looking for someone who wasn’t going to take advantage of me.

Update, I’m still looking…But it’s a sacrifice I’m glad I made and don’t regret making it.

The Click-to-Buy on Amazon is not you’re friend. I don’t care who tells you otherwise, that little button has the power to do some damage to your bank account if you let it.

Okay, truthfully, any online shopping can do damage to your bank account.

Here’s the thing, if you save your card on all of these different websites, you don’t get a sense for how much you’re actually spending. You just buy something and it’s automatically being taken from your account, but you don’t actually see the hard-earned money leaving your wallet.

There are two methods I use that have helped me limit my impulse purchases:

Every time I make a purchase using my credit card, a text message gets sent to my phone. It shows me where the purchase was made and the amount of the purchase.

While carrying cash will always be the best way to reduce your spending, this allows you to still get credit card rewards while at least having some insight as to when and what you’re spending your money on.

Think about it, if you have no idea how many purchases you make, you’re going to spend a lot of money. But even having a text message sent every time you make a purchase will help you to reduce the number of unnecessary purchases you’re making.

This will really help you reduce the number of unnecessary purchases you make.

Each week, I would go to the bank and withdraw $140. I had one goal in sight and that was to make the $140 last all week. This included “fun” money, gas, groceries, etc.

By following this approach, you’re actually seeing your hard-earned money leaving your wallet every time you make a purchase. Not only that, but if you’re trying to make the money last all week, you start asking yourself if the things you’re buying are actually necessary, or are they just going to be a waste.

This is honestly the best way to get your spending under control.

4. I had to give up keeping up with the Jonses.

I had goals, buying the newest iPhone every year wasn’t going to get me any closer towards achieving these goals.

I stopped buying new technology all together. If there’s something I wanted or needed, I would set aside some money from multiple paychecks and would save up for whatever it is I wanted.

Not only did this teach me to save instead of making impulse purchases, but it also forced me buy things I REALLY wanted or needed.

If there’s something you really want, I’m not saying you shouldn’t treat yourself to it. But this doesn’t mean you need to buy it right away. Instead of buying it right away, sit on it for a week or so. If you want it a week later, then get it, but at least it’s because you really want something instead of just buying it because it’s what everybody else is doing.

This is what I do when I make purchases on Amazon. I will keep products in my cart for a week before buying them. If I go back a week later and still want them, then I’ll get whatever it is I want. But 80% of the time, I just end up deleting the items because my mind has already moved on to the next thing I think I want.
Now it’s you’re turn. I’m curious to know what some of the things are you’ve given up on in order to become wealthy. Let me know down below!

Read More: 16 Hobbies that Will bring you Money

Read More: How To Succeed At Anything