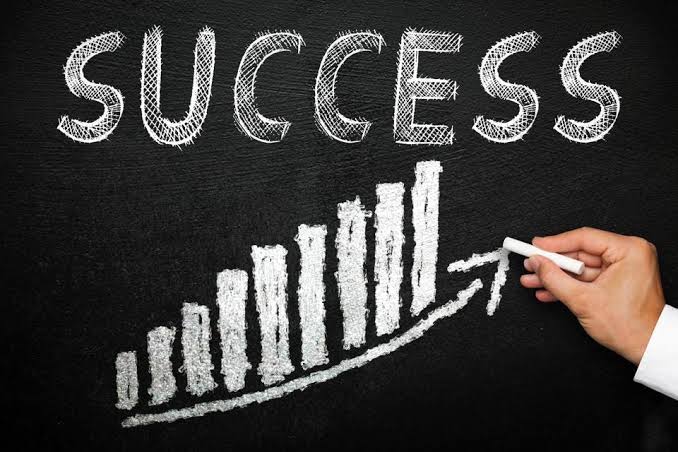 99% Of Successful Individuals Do These 9 Things Early In Life (#9 is my favourite!)

First, prepare yourself for success, then have faith.

You know what scares people?

When you don’t make moves and when you don’t climb up the ladder, everybody loves you because you’re not competition.

If there’s one thing I’ve learned from reading successful people’s lives, it’s that 99% of them did a lot of similar things early in their lives to set themselves up for later success.

Of course, there’s no blueprint for achieving success because everyone’s path is different. Also, the definition of success is different for each individual — money, health, education, fame, luxury, relationships, etc., you name it.

However, it doesn’t matter what picture of success you have in your mind because its answer is the same — preparation!

Dave East has rightly said, “Being self-made is a state of mind, and once you put that mentality to work, your success will come.”

So, here are 9 things you should do with your lives(as soon as possible) to increase your chances of success in any field whatsoever because the basics remain the same.

1. Use the money to create money

Successful people are not those who know how to make money. They know how to use the money to create money.

Warren Buffet invested in the stock market when he was 11 years old. He lived off an allowance of $1/week and used the rest to buy stocks. By 30, his net worth had grown to over $10,000, which was a lot of money during the 1950s.

Lori Greiner, an American entrepreneur, investor, and television personality, always knew she wanted to start her own business. So when the time came, she used her tax return money ($1200) to fund it all!

Now, Lori Greiner is worth over $150 million and has created more than 500 successful products, and has over 120 patents to her name.

No matter how much money you earn, always think about the next steps you can take to better your life and become more financially independent!

Whether it’s through starting your own business or making wise investments, understand the power of money to increase your wealth!

2. Be a social butterfly (with a purpose)

Successful people often know many people or at least have solid connections. They also enjoy learning from others, so networking comes naturally to them.

In one of the interviews, Richard Branson said that his job as a door-to-door salesman taught him how to network; he would greet people even if it meant making no money.

Of course, it’s hard for many of us to say we enjoy making small talk with people, but it’s a necessary skill if you want to succeed. That’s why successful people make an effort to network and be social — because they know that having good connections comes in handy later on.

In fact, successful people tend to have many friends from many different backgrounds to put themselves in a position where they can meet new people and grow their network.

If you want to create opportunities, you need to be at the right place at the right time — which is why it’s important to make yourself visible.

3. Invest in passions instead of leisure

Things that excite or interest you are likely to be things that can make you successful later on in life because those interests show your capabilities.

It’s like an investment in yourself because you can make money with your passions. Some successful people made their hobbies into full-time jobs later on. People from Michael Bloomberg to Beethoven were known for their passions.

Gary Vaynerchuk, a prominent figure in the social media sphere, started with Wine Library. He practically grew up around wine at his family’s liquor store and was one of the first people who saw a future in that industry. Needless to say, he succeeded.

Leisure is necessary. But passions are non-negotiable. You have to find and do what makes you happy to have an extra career option in life.

It’s important to balance your time because people who spend all their time doing things they love never work a day in their lives. But it’s also naïve to pretend like work isn’t the backbone of society.

Whether you like it or not, your health is the most valuable asset you have because if your body breaks down, nothing else matters. Successful people know it well.

CNBC published an article about how exercise is the only habit that made Mark Zuckerberg, Oprah Winfrey, Mark Cuban, and Richard Branson successful.

Jack Dorsey also wakes up at 5 am every morning to do an intense workout session before tackling the rest of his day. He says he values his health and wants to be in top shape when running a multimillion-dollar company.

You also can’t afford to take too many risks with your health because that could set you back tremendously.

Getting into shape isn’t easy. Only those willing to work hard for what they want will succeed.

5. Tune in your emotional health

Successful people know how to keep their emotions in check because they realize that getting angry or upset won’t be beneficial if they want to succeed.

Warren Buffett knows that his one regret in life was not taking more risks when he was younger — but instead of lamenting over past decisions, he spends his time building valuable relationships and making his business more successful.

Successful people know that if they let their emotions get the best of them, they will lose money or valuable opportunities today and in the future.

It’s not enough to do better; you must learn to FEEL better.
Instead of feeling sorry for yourself, learn how to focus your energy on something positive so you can get closer to your goals.

Have you ever wished that you could go off in a “dream world” and accomplish great things?

Well, successful people already do this!

Walt Disney always thought of new and unique, but he also relied on his vivid imagination to develop new ideas! Even though Walt Disney died before Disneyland or any of its resorts opened, the “dream world” he built for himself is still one of the most popular and money-making family attractions today.

Successful people know how to use their time to their advantage, whether it’s creating new ideas or letting their minds wander off. They know how to escape from reality when times get tough and use their time in the dream world to develop creative solutions for whatever problems they’re facing.

So if you ever want to be successful, take some time out of your day and create your own “dream world” so you can see things in a new light!

Just think about it — if you don’t have your alone time, you’ll never be able to come up with anything unique!

So go ahead, lock yourself away until you have everything figured out, and you too can become successful!

Social media is a huge part of everyone’s life today, but successful people know that they can’t let it control their lives. They know that social media is only one part of the world, and it shouldn’t dictate what they do or how they interact with others.

For example, social media celebrity Cameron Dallas used to post constantly on Vine and Instagram but then realized that it would hinder his acting career. So he decided to take a break from posting on social media to focus more on being an actor — now Cameron is reportedly making $17,000 per Instagram post!

Most founders have discussed the dark reality of social media in the documentary “Social Dilemma.” I strongly suggest you watch this film as it’ll change your perception of social media.

Consume social media but don’t let it consume you.

No matter how old you are or what job you have, learning new things is an important part of life. Successful people know that they have to take it one step at a time to keep learning and growing.

Sure, you’ve heard that Bill Gates and Steve Jobs dropped out of college to start their business. However, most of their learnings came outside of the classroom setting.

There’s one investment that supersedes all others: Invest in yourself.

Nobody can take away what you’ve got in yourself, and everybody has potential they haven’t used yet.
Certifications and degrees are garbage. Knowledge is power if converted into wisdom and experience.

Successful people don’t stop learning at any age, so you too can become successful by continuing to learn new things no matter what your job is.

9. Stop considering anyone as a competition

Have you ever thought that you weren’t good at something because someone else was better than you, and it made you feel like quitting?

Well, successful people know that “no one is ever a competition.”

Award-winning actress Emma Watson desired to become an actress since she was 6 years old but quickly realized that there were already other well-known actors out there.

However, Emma didn’t let this self-limiting thought stop her!

She was determined to become an actress no matter who else was in the industry because she knew it would take hard work and commitment to make it happen.

Now she’s ranked among the world’s highest-paid actresses by Forbes and Vanity Fair and was listed among the 100 most influential people globally by Time magazine in 2015.

So, when you want something, you shouldn’t let anyone else’s success stop you!