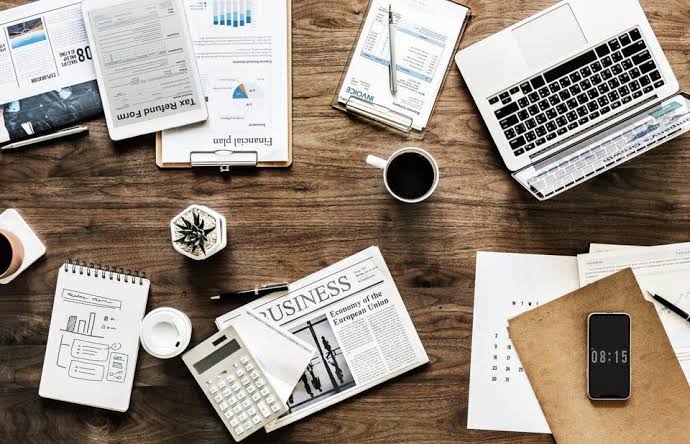 Who Said Superpowers Aren’t Real? Learn How to

Every successful person can see into the future.

You see things that are not there yet, but could be if you did something about it!

That’s how every business, every technological breakthrough and everything that you see around you came to be.

The only way to predict the future is to build it!

You want to be successful, look into the future, see what’s different and then come back to the present and build it now!

02 — Sleep Less than Everybody Else and Still Feel Rested

To the untrained eye, successful people have more time than everyone else. While you’re out there trying to do 1 or 2 things, at most, per day, their calendar is filled for months to come.

The moment you know exactly what you have to do, you don’t have time for distraction or to try end figure out what your next moves are.

Sleep is the easiest one to fix. Simply wake 2–3 hours earlier than everyone else for a few years and you’ll be way ahead of them even if you have the same ability to perform.

If you’re competing on equal ability, the difference reverts back to volume and effort!

Food is the second easiest to fix. Most successful people don’t eat 3 meals a day and multiple snacks in between. CEO of twitter Jack Dorsey eats one meal a day and so does everybody else. 2 meals at most is the way to go.

03 — Ability to Understand and Leverage Numbers

Being bad with numbers is probably the biggest handicap a person in business can have, because a business relies on numbers to grow.

There can not be growth without the ability to measure and interpret the results!

The small portion of the population that understands numbers well rules over the rest; from politicians trying to get a specific number of votes to businesses trying to increase their profits.

Life is exhausting. You’re either on a roll and things are going well, or you feel it’s that part of the cycle where you need to keep your head down and keep pushing through the boring work.

Working when you don’t feel like it is a real super-power!

It’s what allows a small portion of us to keep moving forward when everyone else is stagnant.

This is a secret most people don’t know: nobody is inspired or motivated 100% of the time. Some days you just want to crawl into a ball and eat cheetos. Those are the days that make a difference. Get yourself to put in the tiniest bit of work and you’re already ahead of those on the couch.

05 — Mastering How to Learn Any Skill

We’ve always said the the most valuable of all superpowers is to be able to assimilate different superpowers.

Learning how to learn does exactly that.

The moment you have a framework that allows you to absorb, understand, comprehend and deploy knowledge, you become unstoppable!

Need to break through to the next level in life? No problem, gimme 2 weeks so I can learn this new ability which will open the door for me.

The thing is, people usually learn 1 ability and hope that they will be able to coast off of it for the remainder of their lives. Times are changing. You need to be able to learn… and learn fast.

06 — Ability to Persuade or Inspire People

We were a little bit sneaky with this point because these are actually 2 different superpowers wrapped into 1.

Every business is a sales business! Every interaction is a sale. From your friends, to your family, to your work and even selling yourself of your own dream.

The ability to persuade others into doing what you want is beyond valuable.

Every great company was built on someone’s ability to convince others to follow them into the unknown. If you want to succeed, you need to Inspire the people that work with you

Then, it was important to convince the customers to use what you’ve built.

You’re in a constant state of persuasion, so those who master this skill are like a modern day purple man.

Your body isn’t made to take risk.

Risk means the moving bush might be a rabbit or a lion. Do you really want to find out?

You might have taken the risk when you were starving, but now, life is decent in the most mediocre of ways.

Putting yourself and your future are risk today goes against all those years of evolution. You have to be insane.

The truth is, there aren’t that many lions left waiting in the bushes, so those who dare to go after it, usually end up with the rabbit.

Everyone says they could’ve done it themselves, but when the moment presented itself, very few were willing to take the risk.

08 — Ability to Harness Time Flow in Your Favor

If could have any superpower ever, it would be to control time! It’s like the ultimate superpower.

You might not be able to go back in time or jump across different universes just yet, but this doesn’t mean you can’t harness time to work in your favor.

Every decision you make today is compounded by time!

Make good decisions now and you will reap all the benefits later.

Time will go by anyway, make sure what you do today tracks right into the future you envision.

09 — Health & Youth Is an Actual Superpower

Coming out of Covid, we feel like this doesn’t need to be explained.

But here’s the thing: y’all are taking for granted your youth!

You can run, your body doesn’t hurt, you’re strong, you can see clearly, you can hear well, your tastebuds allow you to enjoy a diverse palette of tastes… you’re like a super sensorial being and don’t know it yet.

Love making will never be as good as it is for you today!

Food will never taste as good as it does today!

You will never see the world clearer than you do today!

Even if you have no other special skills in your portfolio, pull up a Rock Lee type of situation and brute force your way into success through your youth!

For the first time in history, you can be in more places than once, do the work of 10–20–100 people at the same time. You can write code that automates one of your daily tasks.

Or if you want, you can create content that in theory could live forever.

You can leverage technology to talk to people from everywhere in the world.

Do y’all understand just how much of a technological miracle period in history we are living through?

Those who leverage technology are those the door to the future opens for!

Walk through that door, embrace technology and see what happens.

If you’re as eager to see where this road will take us, we strongly recommend you pick up HOMO DEUS by Yuval Noah Harrari. It’s the second part of his sapiens series and we believe that’s the most probable of futures.

The world will be automated either way, you can choose to be automated or be one of the few that build the automated future and reap its rewards.

11 — Creativity & the Ability to Generate Ideas That Have Value

We are constantly fascinated by the incredible power of the human mind.

Every experience we’ve ever had, every product ever created, everything we use every day is the brainchild of someone’s mind.

It doesn’t matter what situation you find yourself in, we guarantee somewhere deep inside that mind of yours there’s the way out. Some people choose not to dig for those answers!

Considering you’re here reading this article, we guess you’re not like them.

12 — Knowing Yourself and What You Want from Life

It’s shocking to us how few people have any idea who they are or what they want from life.

It’s mind bending when you see someone say they’re going to do something, watch them at work and years later they are where they said they will be.

The less people know you, the more they think you got lucky!

Most people’s jaws fall to the floor as progress is happening to other people.

There’s a specific window in time where you’re in touch with culture. Everything clicks. You understand the generation you’re a part of.

This is when your generation hits a maturity point in terms of culture. It usually happens somewhere between the ages of 25 and 35.

Every generation creates their own trends, their own culture and at it is at this point that they are maturing from a consumption perspective. They have their own money to pay for the shit they believe in.

Airbnb, Uber, Instagram avocado toast, soybean lattes, are all products of our generation.

TikTok is already the beginning stage of the new one.

READ ALSO: 9 uncomfortable truths about life that will wake you up

As long as you understand your moment in time and your window of opportunity into the culture, you can shape it.

14 — Not Feeling the Need to Impress Others

Not giving an F* and doing you is probably one of the biggest superpowers one can have.

We know no flex greater than: I’m just happy being me, y’all can do whatever you want just leave me be!

In a time where your social status is determined on social media, not needing the internet points to feel validated is a breakthrough idea.

That’s who you really are as a person. As long as you’re happy with that person, everything else is fine.

And yeah, we know we have 3.6 million subs on YouTube, but that’s not our identity, that’s the people such as yourself that find value and choose to follow us as a way of saying thank you because you’re getting some value out of these interactions! If you haven’t followed, it’s ok, we still have time to win you over.
15 — Ability to Stay In a Constant State of Growth and Change

Have you noticed how shapeshifters are usually one of the most troublesome of characters, despite it not being a high end type of power? Underneath all of that is the ability to adapt, to become someone new. To become who you need to be in order to survive and thrive.

Look at your grandparents.. They haven’t changed for decades. Their home is the same, they talk the same way, their ideas are decades old.

For this one point, don’t be like your grandma! (Keeping it real tho’, call your grandma today! She hasn’t heard from you in a while and a 15 minute call will make her day guaranteed!)

As long as your mind is open, you are evolving, you are open to change. The moment you stop accepting new inputs, you’re like a time capsule.

Ideally, you want to keep on evolving until the day you die.

Keep growing until everything you want from life is within reach!

We’ve seen plenty of other superpowers that we could’ve added to the list: being a good parent — holy hell would that change the course of the world, being empathic and having the ability to read other people’s emotions is a gamechanger and many more.