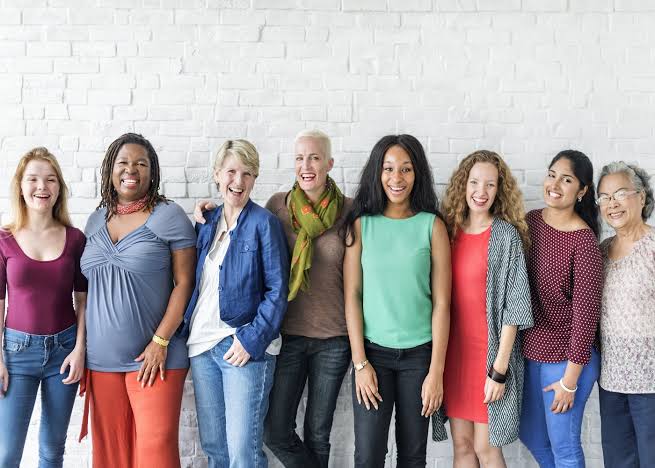 15 Things Men Do That Women Hate (Full of surprises!)

If You Want the Ladies to Like You, Stop Doing These 15 Things That They Hate.

Aluxers, women don’t expect the type of message that requires them to click on the “Read More” option, but to that point would be nice every once in a while.

Women hate things like “K” and a thumbs up, they are only acceptable when there are children involved, you’re busy preparing dinner or you’ve taken your granny out to tea…

There is no excuse to shake anyone’s hand limply, male or female. It’s like being given a limp … fish to shake.

According to Verywellmind.com, “A limp handshake signals to the other person that you are nervous, uncertain, or uninvolved. A limp handshake can be particularly detrimental to your career.”

It’s common in heterosexual relationships, that the plans are always left to women. Choosing the friends, setting a date, time and venue — that kind of vibe — is not most men’s strong points. And Aluxers, we are generalizing, of course.

It can be frustrating when those arrangements are always left to the women in the relationship and they hate being the one to always make the plan.

Aluxers, we’d love to have you join us daily — just remember to follow us any time.

It’s sh*t admitting you’re wrong, nobody likes doing it… but if you never, ever do it… then you’re at fault.

Guys, admitting fault when you’re genuinely wrong, will do so much more for your relationship than having a slightly bruised ego for 3-minutes.

For sure, there are definitely some crazy ex’s out there, but when every single one of his ex’s is supposedly “Crazy”, then we are certainly seeing a pattern here… and it’s got nothing to do with the ex-girlfriends.

Psychology Today emphasizes that one should be wary of anyone who calls their ex-girlfriends crazy saying, “How a person talks about their ex says as much, if not more, about the speaker than the person they’re characterizing.”

These days, the term 3some has a completely different meaning… it’s you, him and his phone. Again, this could tilt either way — but it’s an awful habit.

You’re mid-conversation, and he constantly glances at his phone. Conversation killer.

You’re about to spend some time loving each other, and there’s a vibration — but not the one you’re hoping for — yep, it’s his phone.

Take the 3rd wheel out of the relationship and see how much stronger it becomes.

If your only love in the world is Taekwondo, you’re going to quickly run out of willing ears to hear about your latest moves.

Broadening your interest range isn’t difficult. We promise, there is life outside of Taekwondo or whatever activity you love.

Look, we’re all guilty of this sometimes, but if it’s habitual — it’s not so great for the girl you’re with. If you’re watching “Friends from College” on Netflix, you’ll no doubt remember the office environment that Cobie Smulders AKA Lisa Turner worked at.

These work colleagues were whipping out their appendages, throwing back hard booze and behaving badly. If that’s you with your mates, and you’re a totally different person when you’re alone with your partner — it can be difficult to adjust to.

You owe me, tit-for-tat, whatever you call it — but it’s when someone keeps a score of anything and everything.

Perhaps he did the dishes last night, so next it’s “your turn.” Or he took out the trash this morning, so babe, your turn next… you get our drift.

And by no means are we saying that guys should be doing everything, it just doesn’t have to be a “I did it last time, now it’s your turn” sort of vibe.

This applies to either sex because these types of people are just exhausting. They’re miserable all the time.

To summarize it — nothing is good enough. They will never earn enough money, they will never be as fast, smart, funny, or good-looking as anyone else.

According to them, they are very unlucky, bad things always happen to them; they never get a lucky break.

These are the kind of guys that women hate and do not want to hang out with!

Hailee Steinfeld knew what she was singing about in her single, Most Girls, when she says:

Most girls are smart and strong and beautiful

Most girls, work hard, go far, we are unstoppable

If women think about other girls, they generally think of strong, indestructible women, who have overcome major adversities and come out stronger, braver and more beautiful.

Saying, you’re not like other girls — is offensive not only to that girl, but all other girls.

We’re not living on a prayer, and we only have a 1 in 13,983,816 chance of winning the Lotto… so having a good financial plan in place is important.

When men splash the cash with no concern for a rainy day — it’s a trait that doesn’t sit well for women globally and they hate.

We don’t expect anyone to have all their financial sh*t together, but we do expect some kind of small savings, some form of commitment to making things work out and certainly not living off the parental credit card.

Aluxers, if you want to sort your finances out and start making some decent money, then check out our Bitcoin Essentials course that we’ve designed with you in mind. Head to alux.com/bitcoin and enroll now!

If you want to find out whether or not you spend money wisely, check out 15 Signs You’re Smart with Money.

We’re including everything here, from bad breath to BO, from greasy hair with dandruff to long dirty nails and everything in between.

Take heed of the old proverb that goes, “Hygiene is two thirds of health.”

And injury added to insult… he interrupts your story to tell his.

Not nice at all.

One-upping is not ok under any circumstances… even if your story is bigger and better… let the person telling their story enjoy their moment, you can always tell your story another time!

Being on the receiving end of mixed signals is soul-destroying and such a waste of energy.

Is he into you, or isn’t he? Truth is, if he was into you, you wouldn’t doubt it. You would know. If you’re not certain, neither is he, so cut your losses and move on!

READ ALSO: 10 things you’ll regret when you are older, if you aren’t careful