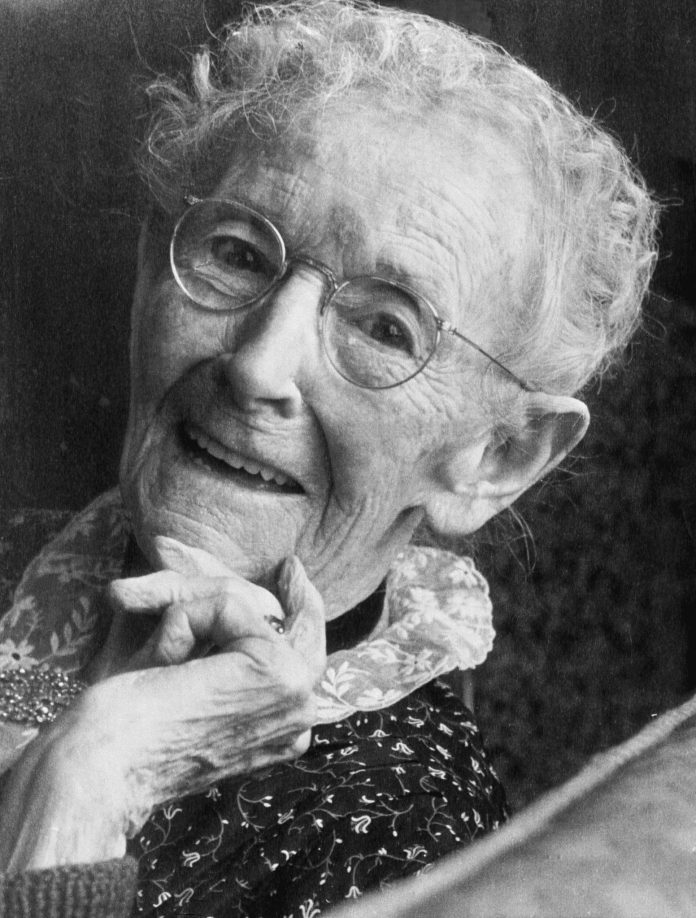 The Story Of Grandma Moses

You Are Never Too Old To Succeed

As Anna Mary grew up on a farm near New York, her mind must have recorded more than the usual amount of pictorial memories.

It seems natural to imagine her stopping on her way from the well with a bucket of water to watch a “V” of gees fly overhead. She must have been one of those children who, having been sent on an errand, was found later idly daydreaming some where, having forgotten who sent her were and for what!

Anna liked embroidery work. She put her mind full of pictures to use in her craft. She stitched scenes of rural life including all the parts of a chore or event. Her needlepoint was pure art – each piece telling a story. In her seventies, arthritis became such a problem that she was unable to push the thread through the heavy canvas. Yet Anna wasn’t one to give up. If she couldn’t manage one way, she had found another. She had to express the grand visions in her mind. Finally, she decided to try painting her farm scenes.

Gathering up some brushes and remnants of house paint, she painted a scene on a piece of canvas. Some thought her work looked like the work of a child. It did depict life as a child saw it. In 1938, an art collector, Louis J. Caldor, discovered one of Anna’s paintings hanging on display in a drugstore window. He took some of her art to New York.

He called her Grandma Moses, and that year Gimbel’s Department Store asked her to display a collection of her art in their store during the Thanksgiving Festival. She was a success. People were enthralled. In 1941, New York State awarded Anna Moses with a prize for her painting “Old Oaken Buchet.” In 1949, President Harry Truman presented Moses with the Women’s National Press Club Award for outstanding accomplishments in art.

She painted on a television show called “See it Now,” popular in 1955. Viewers watched in awe as she painted a picture of her house on a piece of Masonite. Moses was considered a primitive artist who developed her own style without any formal art lessons. It has a simplistic style yet clear and definitive Grandma gave all her work a rural farmlife theme.

Grandma had to go to a nursing home when she turned 101 and was regrettably unable to paint for her few remaining months. In the 100th year of her life she had produced an impressive twenty – five paintings to add to her collection of day dreams on canvas.

4 Laws of Atomic Habits That Will Change Your Life ( CLASSIC)